Are you lost in Neverland? 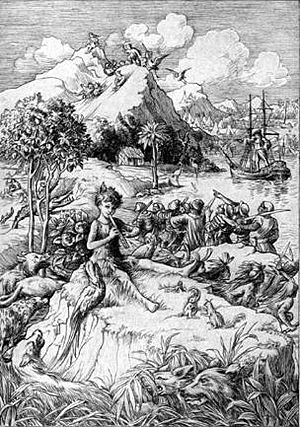 What prompted his disclosure was news that the FTSE 100 index had broken through the 5,000 level again, due the incredible summer rally.

“I knew I should have invested when the FTSE was below 4,000,” he bewailed, “but everyone told me it was going to fall further.”

Throughout summer, he told me, he’s waited for a correction.

But in my view anyone who didn’t buy in March is never going to swoop.

Such people are stranded in an investing Neverland, where they never commit, instead waiting for an ideal tomorrow that never comes.

Or, worse, they buy stocks only when it feels super-safe to do so, because everyone is buying and the market has been rising for years.

They think they’re taking less of a risk. Actually, the opposite is true.

Sadly, my friend was unlucky enough to make some profits punting on tech stocks at the beginning of the Dotcom boom, before losing virtually the lot in the crash.

As a result he’s got the idea that share trading is about daring bets, nose-tapping tips and outwitting the market, as well as taking vast amounts of risk.

What my friend doesn’t realise — he actually took notes this time, but I still suspect he hasn’t taken it to heart — is that all this is irrelevant to what he’s trying to achieve.

Either he’s making an investment for the long-term, or he needs the money in the short-term and it should stay in cash or short-term bonds.

Everything else should be noise for someone like him.

I am not making my friend up — I realise he sounds like a composite created for the purposes of this blog, but he’s really not, and I don’t think he’s that unusual either.

My friend is no idiot. He’s a very clever and capable businessman who just hasn’t taken the time to get beyond the fairy tales spun by the finance industry in their quest to extract as much cash as possible from us.

My friend is also unfortunate enough to have pals in the City — let’s call them the Lost Boys — who were all mired in gloom back in Spring, and were convinced the stock market would fall further.

They expressed this view loudly, and my friend listened. His Lost Boys have made themselves pretty wealthy working in the financial services, so they must know what they’re talking about, right?

Not so fast. While City folk can give interesting information into specific areas, in my experience they’re truly terrible sources of investing insight for the typical investor because:

Surrounded by these old University friends and with a head full of ideas such as doubling his money in banks on the brink, it’s very difficult to persuade my friend he should be investing regularly and automatically into a simple index tracker, taking advantage of the dips and smoothing out the peaks over 30 years.

As a result he’s sitting on the sidelines, watching the market soar.

It’s not true that nobody told my friend to put money into the market back in Spring.

I did — I even recorded my views on this blog, writing almost to the day of the bear market low in March:

The global stock markets have suffered their worse declines for several generations.

While I am proud of that piece, I must admit I was lucky with the timing, and quite rightly the article was fully of caveats.

Still, I could send my friend that article, point out its date, and pretend I’m brilliant at calling the markets like his City friends would do (indeed, they’d probably launch a fund on the back of it 😉 ).

I’d go up a notch in his eyes when it comes to investment.

But that would be to do my friend a huge disservice.

I’d simply become a new Lost Boy in his Neverland gang, whereas what he really needs to do is wake up and take a mature approach to investing.

Previous post: You can’t bank on an expected return