How to keep child benefit and retire richer 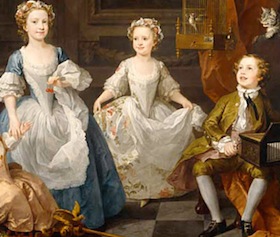 What a dilemma! I’m the first to agree the benefits system is bloated, and that we’d do better tackling income inequality through an overhaul of the tax system – as opposed to politicians bribing us with our own money through welfare payments, tax perks, and other kickbacks.

On the other hand, you’re my dear readers, and many of you stand to lose your child benefit next year.

From January, the government will begin clawing back child benefit from any parent with an income of more than £50,000 a year.

One person’s child is another person’s tax bill

Now, we could debate the politics of welfare all day (let alone the ethics of having three children).

Supporters of universal child benefit argue that an income of £50,000 isn’t any great shakes, especially in the South East.

Buying a house with room for a kid or two is already a Herculean feat for anyone down here without a rich benefactor (a parent, a lottery win, a bank bonus, or a mortally-challenged grandparent). And do we really want a society where only the poor can afford to have kids?

I’d retort that London property prices are just as high for me – a parentless singleton – and yet I don’t get a handout from the public purse.

Slightly more tongue-in-cheek… I need to secure my financial future even more than a parent does, because there will be no spare bedroom in my daughter’s house in my wrinkly decrepitude.

In an over-crowded world I’m also sceptical of the argument that parents are bringing up future taxpayers on my behalf.

That’s the economics of a Ponzi scheme, and one ill-suited to a planet with limited resources.

You can keep your child benefits and retire richer

Let’s concentrate on helping those Monevator-reading parents whose child benefit is set to go the way of sex, a good night’s sleep, and skinny jeans.

In this post I’ll explain how you can keep your child benefit and retire richer, too.

You’ll still have to cut back on your spending, admittedly.

But I’m pretty sure I could drive a lawnmower through the average £50,000-earner’s verdant budget, so I don’t think that should be an obstacle for most people who put their mind to it.

Besides, this strategy enables you to keep getting free money from the taxpayer – from the likes of me.

So if you’re still complaining, stop it and start saving instead.

How child benefit will be cut

Official letters explaining how child benefit will be withdrawn started going out this week (at great expense to all of us, I might add).

It’s estimated 1.2 million households will be affected by the changes.

The key to keeping your child benefit is to understand how this withdrawal will work.

Currently, child benefit is paid as:

So a two-child family for example receives:

But from January 7th, households where one or both parents individually have an income of more than £50,000 a year will start to see the benefit tapered down.

Note that some people (including a few journalists) seem to think that a combined household income of over £50,000 will trigger the tapering.

Child benefit will be clawed back as follows:

Note that ‘income’ here comprises money earned from all sources, including savings interest and dividend income, as well as any income from rental properties. Anything you’d declare to the taxman, basically.

It’s yet another reason to house all your investments in a tax-efficient ISA – because income generated within an ISA doesn’t count towards the £50,000 threshold.

Finally, as I understand it (as a non-parent) the child benefit is always paid to the mother. It should be clear from my notes that either parent can be hit by the High Income Child Benefit charge, though – which is bound to cause some unintended consequences, given the multiplicity of child-raising set-ups nowadays.

Losing child benefit is like paying a higher tax rate

A better way of looking at the withdrawal of child benefit is as a higher tax rate on a parent with an income of £50,000 or over, compared to those with incomes of less than the threshold.

Depending on how many children you have, if you’re over the threshold your marginal tax rate could increase to 50.5%, 57.5%, or even higher.

Because the new charge is being introduced in January, there’ll only be a limited amount of damage done in the current tax year, which runs until April.

From April 2013 onwards though, all your child benefit will be fair game.

Use a pension to reduce your income

To keep all your child benefit, both parents need to earn less than £50,000.

If one or both of you is unfortunate enough to enjoy a higher income, here are a few things you can do about it:

I’m guessing the final option – increasing your pension contributions – will be the most palatable for Monevator readers (though as I haven’t met your spouse, I could be wrong.)

Topping up your pension to reduce your income is a simple way to keep all your child benefit – provided you don’t earn too much or you’re sure you’ll die before you’re 55, and so be unable to ever spend it.

The maths is straightforward.

Increasing your pension contributions by £5,000 a year will reduce your income to £50,000. You’ll therefore keep all your child benefit.

If yours is a two-income family and you both earn over £50,000, then you’ll both need to make the extra top-ups to take you both below the danger zone.

This is all legal, in case you’re wondering. (Recall the difference between tax evasion and avoidance).

And in my opinion, doing so is well worth it.

A higher-rate taxpayer with two kids who uses extra pension contributions to reduce his or her income enough to keep all their child benefit will be paying roughly 43.5p for every £1 that ends up in their pension1.

That’s a very nice return, even before you’ve invested a penny!

Still earning too much?

I do appreciate that child benefit is not designed for boosting the pensions of the middle classes.

As I said at the start, I’m just telling you how to do it, not passing moral judgement. I didn’t invent the Byzantine tax and welfare system, and if I did, it wouldn’t look like this.

More to the point, some people will earn too much for it to be practical to retain child benefit solely through higher pension payments.

My sympathy is limited the richer you are – as I said, I don’t like paying for mini-pashminas and pony lessons – but nevertheless, I’d suggest there may be other ways you can further bring down your income.

You might be able to sacrifice some salary in return for other company benefits or for childcare vouchers, for example.

It might even be possible to tilt your remuneration towards very long-term share options or similar, though you’ll need to do a lot of homework, and probably take professional advice.

If you earn more than £50,000 because you have savings or investments generating income outside of an ISA or pension (and you’re more confident in the stability of your relationship than I ever would be) then you might want to consider transferring some assets to your lower-paid partner. (Make sure doing so doesn’t take their total income over the £50,000 threshold, obviously).

Worst comes to worst, you could even send the big earner abroad, since high earners working overseas may be able to keep their full child benefit.

Important: None of this is tailored advice for your circumstances, and I’m not a tax adviser. Get professional advice if you’re unsure.

The elephant in the room, of course, is that you can’t spend your pension until you’re, well, a pensioner.

Though you’ll be quids-in eventually by paying more into your pension pot – thanks to the generosity of your fellow taxpayers – you’ll still need to earn enough income now to keep your little darlings alive enough to qualify for child benefit, as well as whatever else you consider an essential.

I’m afraid there’s nothing I can suggest here but to take a scythe to your budget. Only you can work out what’s dispensable for you and what’s non-negotiable.

As for the little cost centres, they could always get a paper-round…

If you’ve ever wondered why the tax system is so vast and unfathomable, child benefit and this clumsy attempt to taper it down provides a perfect case study.

A silly system is being redressed with an even sillier system, at great expense and hassle for everyone – including HMRC – and despite the creation of huge inconsistencies.

It’s also a truly strange policy to see coming from a political party that sings the praises of old-fashioned families.

The jammiest couples who follow the strategy I’ve outlined will be working parents on say £55,000 a year each, who both do £5,000 in extra pension payments. They’ll keep all their child benefit despite having a household income of £110,000 a year, and they’ll have a nicer retirement.

In contrast, a sole earner in the South East on £60,000 who can’t afford to reduce his or her income by £10,000 because they’re shouldering a massive mortgage, commuting costs and all the rest, will lose all their child benefit.

Indeed, if you wanted to design a policy to encourage both parents to work full-time, you could do a lot worse. And that was probably not the idea.

Remember that the next time a politician talks about being “fair”.

Next post: Weekend reading: Financial TV stresses you out, even when the market is rising

Previous post: How to stress test your retirement plan