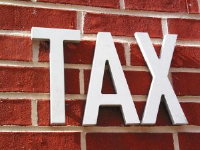 Another change this year for UK dividend tax. This time there’s been an increase in the tax rate you pay on any dividend income you receive over your annual £2,000 tax-free dividend allowance.

You may be paid dividends by shares you own listed on the stock market.

You might also be paid dividends from your own limited company, as part of your remuneration.

Dividend tax only comes into play if you receive the dividends outside of a tax shelter.

Using ISAs and pensions is key to shielding your income-generating assets from tax for the long-term.

The rate of tax you’ll pay on your dividends is determined by your income tax band.

The new dividend tax rates are:

Depending on your total earnings – and where it comes from – you could pay tax at more than one rate on your income.

These dividend tax rates went into effect on 6 April, with the new tax year. The tax rate for each band is 1.25 percentage points higher than in 2021-2022.

The annual tax-free dividend allowance is unchanged at £2,000.

Dividends you receive within this allowance are not taxed.

Like other tax allowances, such as the personal allowance for income tax, the dividend allowance runs over the tax year. (From 6 April to 5 April the next year).

The dividend allowance means you won’t have to pay tax on the first £2,000 of your dividend income. That’s irrespective of how much non-dividend income you earn and your tax bracket.

What about the old Dividend Tax Credit system? It was abolished years ago. Forget about it.

What tax rate will you pay on your UK dividends?

If your dividend income exceeds the tax-free dividend allowance, you’ll pay tax on the excess.

This liability must be declared and paid through your annual self-assessment tax return.

As we’ve said, the rate you’ll pay depends on which tax bracket your dividend income falls into.

Refer to the government’s dividend allowance factsheet for a few examples.

If you build a portfolio of dividend-paying shares outside of an ISA or pension, the dividends could eventually add a lot to your total income. Perhaps enough to push you into a higher tax bracket.

To avoid taxes reducing your returns, use ISAs or pensions wherever possible.

Watch out for withholding tax on dividends

If you’re paid dividends from overseas companies, you may be charged tax on them twice. Once by the tax authorities where the company is based, and again by Her Maj’s finest in the UK.

You may even pay this withholding tax on foreign dividends held within an ISA or pension!

However there are reciprocal tax treaties between the UK and other countries that can at least reduce the total amount of dividend tax you pay.

Your broker should take care of this for you.

Also, some territories do not charge withholding tax on dividends received in a UK pension. The US is a notable example. (This doesn’t apply to ISAs. Choose where you hold US shares accordingly.)

Again, make sure your platform is paying you any US dividends in your pension without any tax having been charged.

It can all get a bit fiddly. See our article on withholding tax for more details.

Why was the old dividend tax system changed?

I believe he wanted to remove the incentive for people to set themselves up as Limited Companies simply to use dividends as a more tax-efficient way to get paid, compared to salaries.

Osborne also said the changes enabled him to reduce the rate of corporation tax.

But whatever his intentions, as we’ve seen today’s regime applies equally to dividends received from ordinary shares as limited company owners.

The Treasury argued the old system of tax credits on dividends was designed nearly 50 years ago.

Back then corporation tax was over 50%. Add in personal taxation and some people might be paying 80% or more on income earned by their shareholdings.1

Since then, however, tax rates including corporation tax have fallen a lot.

The Dividend Tax Credit system that used to confuse everyone was a relic from those times, too.

So the government wanted to simplify things.

The good news was that the confusing tax credit system got the chop.

The bad news though was higher effective rates of tax on dividends.

This threw a spanner into the works of some older people. They had based their portfolios (and their retirement plans) on how dividends were previously taxed.

For instance, before 2016 the implicit ‘dividend allowance’ was as much as £31,786 if somebody earned no income from non-dividends above their personal allowance.

It’s true most small investors were not hit by changes to dividend tax. That’s because the majority invest in ISAs and pensions nowadays.

However there are exceptions.

Small business owners who are paid a big dividend from their limited companies now pay more tax. Also, salary-sized dividends quickly chew through the tax-free dividend allowance. This means any unsheltered dividends paid from shares will also be taxed down to size.

And there also exists that cohort of typically older investors who had built up a big portfolio of income shares outside of ISAs and pensions. They’re paying more tax, too.

Always use your tax shelters

For years I told these people to move as much money as they could into ISAs. They might do this by defusing gains to fund their ISA contributions, for instance.

The ISA allowance is a use it or lose it affair. You must build up your total capacity over many years.

Yet inexplicably to me, some investors argued – even in the Monevator comments – that there was no point. Dividends were not taxed until you hit the higher rate band, they said. Why bother?

That was true in the old system. And maybe there was a harder choice to be made if you had massive cash savings. When interest rates were higher, there was more competition for your ISA allowance.

Still, taxes on dividends were always liable to change. And eventually they did.

People who failed to build up ISAs – just to save a few quid a year – were hit with big tax bills.

I hate to say I told you so. (Truly! I write a blog to try to help people.)

ISA sheltering costs roughly nothing. There’s at most a trivial cost difference to owning shares within an ISA versus a general account. Often none.

Get your portfolios into an ISA (and/or SIPP) as soon as possible, if you can. Not just to avoid dividend tax, but also to shelter from capital gains taxes and any future regulatory changes.

Note: I’ve removed talk about the old way UK dividends were taxed in the comments below to reduce confusion. We have to let go! The discussion may still refer to older (or incorrect) dividend tax rates and allowances. Check dates if unsure.