A mortgage is money rented from a bank 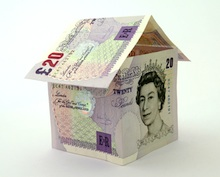 Can you believe it? My own sister uttering the dreaded words:

“I am just throwing money away by renting.”

Ouch! That’s up there with “renting is dead money”.

She might as well have added, “You Only Live Once!” and then spent her ISA savings on a YOLO tattoo.

Before we begin: I’ve learned it’s impossible to write about UK property without provoking an outburst – from every faction – so a quick nod to the laundry list:

But that is not what I’m talking about at this moment.

What I am questioning is the idea that renting is wasteful and having a mortgage is inherently productive.

Let’s unpack this to see why my sister has compounded the damage she did by watching The Water Babies on video 20,000 times and then crying and claiming I hit her when I tried to make it stop.

Renting is: Paying for something valuable

First off, renting is nothing like throwing money away.

When you throw money away, then – unless you’re Robin Hood, Brewster, or in fear of St. Peter – you get nothing.

In contrast, when you give money to your landlord, you get somewhere to sleep, eat, make whoopee, and write investing blogs. 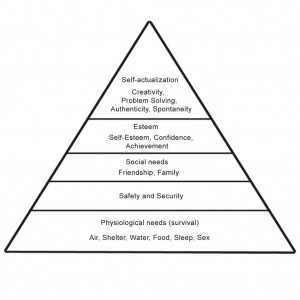 Hint: The big ones are at the bottom. (Click to enlarge)

Maslow rightly understood that “shelter” was crucial to human beings. We tend to freeze, rot, dry out, get eaten by animals, or are plagued by packs of foreign exchange students without it.

In fact, Maslow stated shelter was as important as sex, food, and air – but maybe not in that order.

(In the modern world, you don’t get much sex without shelter, although to be fair you will then get more than your fair share of air.)

Housing, in short, is a basic human need. This is what your landlord gives you in exchange for rent. An essential of life! Maybe my sister should send her landlord a thank you card, rather than a dismissal?

What about home ownership? Is that essential?

Sadly, Maslow didn’t tell us where “ability to hammer a nail into own wall” or “can take part in house price bragging” fitted into his pyramid. He lived in simpler times.

My hunch is – Kirsty ‘n’ Phil be damned – he’d consider such things to be self-actualization, topping the pyramid alongside philosophy and drinking mint juleps.

A mortgage is money rented off a bank

Despite the fabulous need-solving you achieve by renting, most people (including me) aspire to swap it for life as a mortgage-sporting wage slave.

Nothing wrong with that, most of the time – buying their own property is the best investment many people ever make.

However there’s nothing magical about a mortgage, and it certainly isn’t free.

Party time! (Assuming hedonism for you is 30 days and nights on Rightmove.)

But once the initial euphoria of home hunting is over, a new mortgage owner begins the slog of paying the darn thing off. And it turns out – obviously – that the bank didn’t give you £200,000 for nothing. It wants interest on the mortgage.

It’s as if it leased you the money: You’re paying to rent the money off the bank.

Note that if you only ever pay your “money rent” and nothing else, then you have to give back the £200,000 at the end of the term.

Just like you have to give back a rented house to your landlord!1

To avoid this – and to keep your house, usually – you must also repay the capital. Effectively you’re buying the £200,000 off the bank, in monthly installments.

Equally, if you can rent your home for less than you’d pay to buy, then you could choose to save the difference. You might even save up £200,000 that way.

Note: I’ve oversimplified here – capital repayments are in reality variable over the mortgage term2, and so usually are interest rates. Capital payments are a smaller share of the monthly bill at the start but predominate at the end, as your previous repayments reduce the interest due. Check out the graphs produced by the Monevator mortgage calculator.

Only money under a mattress is dead money

Of course no bank these days will lease you £200,000 without some security.

The bank tries to protect itself twice. Firstly it demands a deposit of at least 5%, but frequently much more. Secondly it can repossess your house should you fail to repay the money you borrowed (/rented) off it.

(Of course, you have to give a deposit to a property landlord to rent their house, too. When I took on this place, I put down one month’s rent – or much less than 0.5% of my rented property’s current value. Bargain!)

Here the picture gets slightly distorted by the record low interest rates on cash. But even today, my sister’s deposit savings are only dead money is if she keeps them under a mattress. I can think of little worse than looking under my sister’s mattress, but I’m sure there’s no money under there.

Instead, she’s had her money in savings accounts, bonds, and the stock market. It might have earned 2% to 15% this year (or higher if she was lucky).

By the same token, it’s not dead money if it’s used to get the mortgage.

If you’re paying a mortgage rate of 5%, then your deposit is in the equivalent of a savings account paying 5% interest, tax-free. That’s nice, too.

The deal when you pay rent

Both private owners and landlords also get an income from leasing out their property. As a home owner you get the better deal, since you rent it out to yourself, tax-free3, whereas a landlord leases it to a third-party who might not pay and who won’t clean the gutters. Worse, her rental income is liable for tax.

As a tenant, your landlord handles most of the faff for you. Renting involves:

Whereas the deal for the landlord looks something like:

I expect house prices will rise over 25 years, and rents, too. But there’s no timetable – and it’s still a risk.

A landlord does all that plus satisfying a key human need. That’s quite a deal you get for “throwing money away” by renting your home.

House prices seem very expensive to me in London, but I’ve been wrong for a decade.

But I do think it’s a good time to rent money. With five-year fixes under 3%, a big cheap mortgage looks a steal.

Sadly, banks will only rent money to most of us to buy houses, and houses seem expensive. There’s the rub.

But the point is: Renting a home isn’t throwing away money. It’s paying for a service.

And a mortgage isn’t free. You pay to rent money.

It amuses me that the conventional thinkers who say renting is dead money are also often the same people who say paying off their mortgage was the best feeling they ever had.

Make your mind up! Do you like renting money or not? 😉

Next post: Weekend reading: Once upon a time, books taught us about money

Previous post: Weekend reading: The ‘fair value’ market is probably overvalued in the US