A landlord is someone who borrows money on your behalf 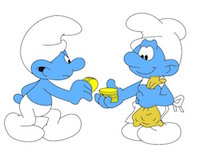 I have explained before how a mortgage is money rented from a bank.

When you buy your first property with a mortgage, you don’t leave the renting classes behind – you simply do your business at the more respectable end of the High Street, and rent the money needed to buy the house from Natwest or Nationwide.

Instead of giving brown envelopes stuffed with tenners to a bloke called Trevor every Thursday for the honor of living in his dive in New Cross (in spirit, I appreciate we all use bank transfers nowadays), as a newly indebted homeowner you pay ‘money rent’ every month to the bank on the lump sum it lent you to buy your home.

It’s a different way of thinking about home buying and mortgages. It doesn’t mean in itself that renting or buying is better or worse.

By the same token, this article is also not about whether you should own a home or not (or whether prices will go up or down or whether the younger generation is shafted or whether the market will crash next Tuesday or any of the usual).

So, a mortgage is money rented from a bank. Sort of.

But what about when you rent a property from a landlord?

Is that just, well, renting a property?

But there is another way of looking at what’s going on, which adds another financial jui jitsu move to your mental arsenal.

He or she borrows the money, and as a result you don’t need to do so.

You pay him rent for the privilege of him borrowing this money. The cost is usually marked up for his trouble, so your rent is higher than if you’d rented the money from the bank yourself.

In addition, your decision to rent hands the option to make money from rises in the property’s price to your landlord.

Then again, you’re also insulated from the risk of falling house prices.

The interesting thing about landlords and mortgages

This is in fact very close to what happens in practice.

You pay him £1,000 a month to rent his house, and when you see him in the street you tug your forelock (whatever a forelock is) and generally feel like one of the oppressed classes.

You presume Mr Wimp owns the house – and legally he does.

However he doesn’t own it outright.

Instead, like any financially savvy landlord, Wimp bought the house with an interest-only mortgage. He repays no capital, and in fact as house prices go up he remortgages every few years, increasing his debt on the house and rolling the equity released into new deals to buy more houses.

Buying, growing, releasing equity, and re-investing capital that’s leveraged through Other People’s Money – i.e. mortgages – is the heart of most property enrichment schemes. It gives Mr Wimp access to financial firepower that he could probably never have amassed in his lifetime from saving alone.

And Mr Wimp enjoys another great benefit from using interest-only mortgages to finance his properties.

The interest he pays on a mortgage can be offset against the rental income you pay him, in order to reduce his taxable profits.

For this reason, a landlord will typically try to keep his or her interest-only mortgage payments at about the same level as rental income. This way they can effectively reduce their tax liability on the rental income to zero. (Especially as he also gets to make deductions for wear and tear and the like).

When the mortgage – and hence the capital owed – comes due after 25 years or so, a landlord would usually aim to either sell-up the property and repay the mortgage, pocketing the difference, or else refinance the property with a new mortgage.

The alternative strategy – steadily amassing equity in a property by gradually buying it outright with capital repayments – would over time reduce the mortgage interest bill. This would therefore increase taxable profits – and taxes paid – as there’s less interest paid to offset against the rental income.

Of course a landlord might choose to own a property outright for other reasons – such as avoiding having to sell or re-finance in 25 years – but from a near-term tax efficiency perspective, a big interest-only mortgage is the way to go.

However in both cases you – the occupier – is servicing the mortgage.

Typically the rent paid to your landlord will cost you more than if you bought the same property via an interest-only mortgage.

This is because landlords aren’t in it for charity, and they want to make a profit.

Note: An interest-only mortgage is the correct kind to use for like-for-like comparisons between the different options, because it ignores capital repayments. Such repayment of capital is a separate issue (really it’s a form of saving).

By renting, it’s as if you’re paying a slightly more expensive interest-only mortgage than the landlord, and in addition you’ve hedged out house price gains and falls.

You’ve given up security of tenure in the deal, too.

On the other hand, you didn’t have to put in a deposit, so your free capital can be earning money elsewhere.

In addition, your landlord has to account for wear and tear to the property, whereas you can call him up for a new boiler. There’s also a risk that if you move out he won’t immediately find new tenants, forcing him to cover the gap in payments from his savings.

But you can’t bang nails into his walls.

However he paid all the transaction costs of buying the property. You just paid a month’s rent as a deposit.

The point is there’s a mix of pros and cons.

The key idea I wanted to get across today is the relationship between your rental payments and the landlord’s mortgage.

But here’s a few consequences to think about.

If someone wants to rent you a property, then clearly they think it’s worth at least the monthly interest-only bill to do so, plus profit coming from either the surplus over the mortgage from the rent or gains in house prices, or both.

But as I mentioned, as well as any profit margin and an allowance for wear and tear, a landlord also has to charge a higher rent to cover the risk that a tenant doesn’t pay up or of a gap between tenancies.

As a homeowner you are effectively letting the property to yourself and these things are under your control. So unless you’re a member of a 1970s heavy metal band with a penchant for throwing TVs out of windows, you’re your own ideal tenant. By buying and renting the property to yourself, you get a better deal, because you pocket the profit margin, and you’re not paying extra to cover those overheads and unknowns.

Owning a home is more tax efficient than renting one

It’s true that UK home buyers no longer get mortgage interest tax relief, and that does put the landlord at a slight advantage from that perspective. However on the portion of your home that you own you’re effectively paying monthly rent (as imputed rent) free of tax issues. In contrast if you were renting you’d have to find the money to pay for the whole house each month out of taxed income.

For instance, if you own £100,000 of that £200,000 house, then you might have say £750 of ‘imputed rent’ that you don’t actually pay, and equally that you don’t have to find out of your taxed income. (This is a weird concept I know, so read the Wikipedia page on imputed rent).

Your home is also free of capital gains tax if you sell, so if you downsize to a smaller place or leave the property market, you don’t pay tax on any money that’s released. Landlords gains will be taxed.

Presumably, in a rational market the landlord takes that future tax liability into account when setting rents. So as a homeowner you should be able to make the maths work more comfortably than the landlord can.

Money NOT in property is NOT automatically dead money

I hope this post is another way of seeing that money spent on rent is not ‘dead money’.

Whether you rent or have a mortgage, you’re still paying an interest bill.

Equally, even if you’ve paid off your mortgage, the capital locked up in your home is not being invested elsewhere. And that has an opportunity cost.

Now I happen to believe most people do much better owning their own home than with shares, which is the only asset class likely to keep up with UK house price inflation over the long-term.

But if you’re a skilled investor who can earn, say, 10-15% a year from investing on average, then it might be worth renting from a landlord, even at an effectively higher interest rate, in order to avoid having to sink a big deposit into a property. You’d invest instead of paying off a mortgage. You’d have to be investing in an ISA or a SIPP to match the CGT-free nature of owning your own home.

You might not be ready or able to buy yet

The reality is that not everyone can buy, even if monthly mortgage payments would be lower than their landlord’s monthly payments plus their mark-up (aka their rent). They may not have a deposit, or they may not be considered a good credit risk by a bank.

This has always been true for many 20-somethings – the controversy today is that it’s true of many people in their 30s and 40s, too.

A lot of it comes down to house prices

I have danced on a pinhead above discussing how a landlord may make a few more quid from rent after costs and so on. In reality, most landlords who got into the game in the 1990s have made out like bandits from house price appreciation, compared to any profits they made from rent.

Most old-time landlords say price appreciation should always the eventual goal, but when buy-to-let mortgages and legislation changes first democratized being a property mogul, it was also common wisdom that you should get at least a 10% yield on your purchase price.

Today yields are far smaller – more like 4-7% – but then mortgage rates are also far lower. Ultimately, winners and losers will likely be decided by the trajectory of the UK property market over the next 10-20 years – the ‘option on house prices’ I mentioned that a renter gives up to a landlord.

None of this is rocket science, but I hope it’s revealed a few of the semi-hidden dynamics of renting versus buying a home.

Please note: Constructive discussion about the mechanics of the UK property market in the comments would be great. Tirades about greedy landlords / young renters who spend all their deposit on iPhones / how the UK is going down the toilet unless we vote UKIP will probably be deleted.

Previous post: The case for the profitability factor in your portfolio