Young? Can’t afford a house? You’re getting shafted by the government 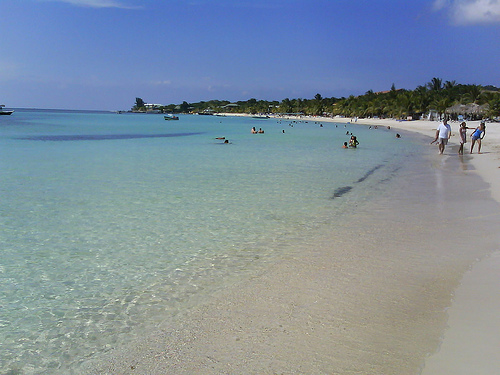 Two-year mortgage holiday? Life's a beach when you're a home owner

What has the UK government got against young people? Why is it obsessed with pulling up the drawbridge to anyone who’d like to buy a home but who can’t afford (or won’t pay) credit bubble prices?

I will declare my interest: I rent, having decided several years ago that housing was too expensive. I believed I was making a sensible decision, weighing up the risks of losing my 25% deposit in a frothy market.

I could afford to buy, but I decided to keep saving and wait for house prices to come back to sane levels.

Well, I had it all wrong. Apparently, the correct thing to do was:

And people wonder why nobody saves anymore.

I have watched (and posted) with incredulity as the government has scurried to keep inflated what was clearly a house price bubble.

Its latest wheeze to prop up house prices is a two-year mortgage holiday for homeowners unable to repay their mortgages. (The interest is rolled up and paid back later – presuming the owners can then pay. Otherwise you and I as taxpayers will have to cough up for the lot).

Not just anyone will qualify, of course: Only those with less than £16,000 in savings will get their mortgages paid. If you were sensible and put cash aside as a cushion, you will be penalised by the government.

Now don’t get me wrong: I’m sure there will be sensible people who risk losing their homes in the coming recession. That’s unfortunate, but deliberately targeting aid at the most exposed segment of the population isn’t in the best interests of the country. Those who can’t afford their house any more should simply sell. If it must ‘do something’, the state should offer extra rental support.

Yes, renting isn’t as nice as owning, but that’s already the case for those who rent. And they’re not getting any extra cash!

The government support (also known as ‘the oil onto the fire fund’) aims to maintain valuations reached with cheap money during the credit boom, set by people who spent on plastic, didn’t bother saving, paid too much for houses, and ignored the fact they were wildly over-valued.

It has nothing to do with helping sensible “hard-working families”. Many of those families couldn’t afford houses, so they didn’t buy. Sensible people spend what they can afford, and have savings for tough times.

This support is really about stopping repossessions from bringing house prices down further, and taking the Labour government with it.

As far back as 2005, house prices had clearly left new buyers in the cold

Young people can’t complain though. When they struggled to buy as property prices went up exponentially (far outpacing salary growth), the government offered them two years of mortgage payments, too.

Except of course it didn’t.

Already over-priced to anyone who wanted to see it, the housing market was instead talked up further by ministers. They bragged about stability and low interest rates while presiding over the biggest boom in history – right up until buying a house was as safe as putting your life savings on red at Vegas.

The government apparently considers that status quo perfectly reasonable – it recently urged lenders to return to the lending levels of 2007. (You know, the reckless lending that has given us a near economic meltdown.)

Young people might want to ask their local MPs why:

The answer is that like some Herman Munster of a pied piper, Gordon Brown told everyone boom-and-bust was over. Those foolish people who believed him are now HIS people. He will stand or fall on what happens to them, not to the ‘hard-working families’ he never stops banging on about.

Through hubris, a politician who set out to help the poor and preached prudence is now in hock to the reckless gamblers at the margins. And the rest of us have to pay for it.

Why do we no longer want affordable housing?

It was only 18 months ago that newspapers were reporting how first-time buyers were locked out of the market. “Something must be done!”, politicians boomed.

The response was usually one of:

All three retorts were utter nonsense:

It could all be so different

Now the house price boom has burst, just as bubbles always do, the Government should be celebrating. Young people might aspire to own again. Everyone else could be glad the money wasted on mortgages and agents fees might go into more productive start-up technology businesses or better health care.

But no. Falling prices are a great evil that must be stopped. Despite no steps being taken to stop the boom.

Besides garnering votes, the real reason for supporting prices is that until a floor is put under valuations, banks will continue to struggle. Even if you accept this argument, government support should be targeted at prudent savers. That’s the kind of behaviour you’d want the state to encourage, not overstretching.

There are several ways the government could more fairly support the market:

Sadly though, for our politicians ‘moral hazard’ might as well mean the danger of being caught with your pants down.

If you’re currently renting and you aspire to own your own home someday, you’d better hope they’re as ineffectual as they are economically illiterate.

Next post: Gordon Brown claims he saved the world

Previous post: How you can enjoy the profits of 2,267 companies around the world for free