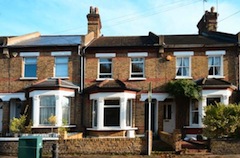 There was never much doubt that George Osborne would want to do something for first-time buyers struggling to get onto the housing ladder in the Spring 2011 budget.

His response – a new FirstBuy scheme that will provide a £250 million fund to help first-time buyers get on the housing ladder, via a shared equity arrangement in new-build property. It will be jointly funded by the housebuilders.

Osborne claims FirstBuy will help 10,000 first-time buyers, which is non-trivial in a market where only 43,000 or so mortgages were approved in February 2011 – way down from the 80,000 or so that was previously seen as required for stability in the housing market.

Yet in reality the £250 million FirstBuy fund is likely to prove a drop in the ocean compared to the total size of the mortgage market, which in January and February of 2011 was running at around £9.5 billion in mortgage loans advanced a month.

Certainly, the government. In fact, it’s a double win from a politician’s perspective.

Sure enough, the chancellor has since gone further with his Help To Buy scheme in the 2013 Budget.

But whether first-time buyers and others benefit from being used as cannon fodder in the fight against a house price crash remains to be seen.

It’s true that first-time buyers have struggled to get a mortgage at all, due to the banks’ suddenly stingy requirements for a high deposit in the wake of the credit crisis. This inability to get a mortgage has meant that first-time buyers have ironically been denied access to the only thing making homes affordable despite the elevated level of prices versus average earnings and rents – that is, historically very low mortgage rates.

So superficially the FirstBuy scheme may seem attractive, and it doubtless will be to anyone desperate for a house who feels locked out of the market.

But I can’t help thinking first-time buyers would be better served by house prices falling the 20% or so that would seem a minimum to bring them back to their long term averages. It’s no coincidence that the FirstBuy programme is being jointly funded by housebuilders, who’ve been running their own increasingly inventive schemes for the past 18 months or so.

True, nobody who sees what the true house price crash in the US has done to that economy could be sanguine about the impact of lower prices more in line with long-term ratios here.

Yet the frightening thing is our bubble was far bigger than the American house price bubble. And there will be a price to be paid by some segment of society the longer we continue to puff it up. Rather unfairly, given they didn’t benefit from the boom, it’s surely the first-time buyers who are paying it.

Also, if you were a housebuilder, would you be thinking of increasing or reducing asking prices on your new developments in the wake of this announcement of lots of government cash coming your way?

Next post: National Savings Index-Linked certificates to return with a £2 billion bang in 2011