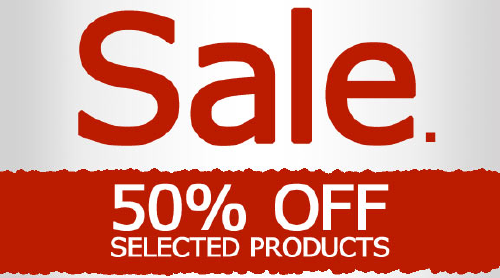 “Get your favourite stocks here, everything must go!”

Hendry’s main call, which he has been rewarded by repeating for months now, is to avoid equities.

Yes, the market has fallen, Hendry says, but that doesn’t mean it won’t keep falling. Look at the Great Crash of 1929, and all the down years that followed. Markets can keep dropping for years.

I like the twinkle in Hendry’s eye and his contrarian reflex, but regular readers will know I’m not convinced that he, me, or anyone else can really time stock market moves or spot bottoms over the short-term.

My strategy throughout the bear market has been instead to stay invested, shuffling holdings around and totally messing up adjusting my asset allocation by shifting more money over into equities as prices have fallen.

Short-term I’m down – way down compared to where I’d be if I’d sold up entirely back when the credit crisis first became apparent, even accounting for a capital gains tax hit.

But that’s hindsight speaking. And long-term, who knows?

Clearly, I’d have been far better off being more fearful and less greedy when I first extolled this strategy back in January 2008.

I wrote about my putting new money into a FTSE 100 ETF when the UK stock market was at 5360, and seeing that investment rise 300 points in a day.

But I warned in the same post that “by tonight it could seem folly if the market crashes lower”, adding that:

Your new ‘bargain’ shares could halve again in a truly vicious bear market.

With the FTSE 100 dipping below 3,500 earlier this week, what seemed an extreme warning has started to look like a possibility (albeit still a remote one).

I was reminded of this when reading the PimpYourFinances blog, which is closely covering the entertaining spat between comedian Jon Stewart and CNBC over predictions and outcomes.

As I wrote in the comments there, while it certainly makes for funny TV and I’m enjoying the coverage, I’m wary of pulling up individual poor predictions from the past.

It’s true that CNBC‘s Jim Cramer uses sound effects and an extremely-confident hectoring style in making his stock predictions. From what I’ve seen of him (which isn’t much here in the UK), you can’t imagine he’d stop talking long enough to eat humble pie.

But that’s show business. Cramer’s mistake isn’t to make bad predictions, but to do it in front of millions, or maybe to make predictions at all. It’s also his job!

Sticking with the salaried, even bearish Hugh Hendry saw his fund fall 23% in the third quarter of 2008 and drop a further 3.6% in the final quarter. That’s better than his peers, but hardly a reason to break out the cigars.

The fact is it’s impossible to predict when the bear market will end. Many say the S&P 500 is still expensive on various measures, despite falling more than 50% from its 2007 peak:

Today’s metrics are pricey compared with the horrendous 1981 to 1982 recession. While the dividend yield on the market today is an above-average 4%, the yield during the depths of ’82 was more than 5.5%. Today’s dividend yield is uncompetitive with municipal paper and low-grade corporates and is subject to cutbacks like GE’s.

Presently, the premium over book value for the market is 1.5 times, a reasonable valuation, but in 1982 stocks sold down to book value.

I say, who knows?

The market has many times gone up when it was over-valued before and it has fallen below its fair value in the past, too. Things do look truly terrible, but the quantitative easing measures being taken by central authorities are also unprecedented this early into the crisis.

Anyone waiting for a clear buy signal will likely wait forever.

Cash is yielding less than 1%. Government bonds are probably still in a bubble. Property prices continue to fall. Corporate bonds do look cheap but if they recover then equities will probably do even better.

Meanwhile, the global stock markets have suffered their worse declines for several generations.

I’d say that even if the market crashes down to 2,000 points before you put your money in and then rebounds, making your timing look immaculate.

Why? Because you’ll believe your own hype and decide you can correctly time markets, despite all the evidence from others, rather than simply toasting your luck.

Sooner or later you’ll then sell out too soon, re-enter too early in the next bear market, and join all the rest of us at the table serving humble pie.

If truly you posses some magical market-timing skill, you certainly don’t need to subscribe to Monevator. Go get a job in the City instead, where they’ve been waiting for you for years. Send me a postcard!

The rest of us should take actions that logically follow from our understanding that nobody can really time markets. This means:

Right now, I believe we have to beware the Hugh Hendry’s of the world and the temptation to wait for the market to recover before putting any new money in.

The danger with that strategy is you don’t buy any shares when prices are low, and it’s these low prices that provide much of the stock market’s convincing historical returns over the long-term.

Personally, I know I have to buy when markets are falling to make up for the times when, despite all I write and believe, I’ll likely get carried away when everything is going up.

But that’s another kind of guilty feeling altogether!