Being fearfully greedy: Why I buy in bear markets 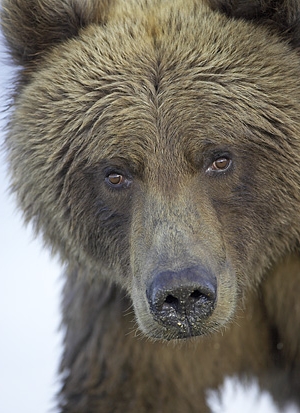 I am not a professional trader. I’m a private investor, like most of my readers.

Why then am I buying in a bear market?

After all, as private investors our investing directly affects our quality of life.

We can spend spare money on shares, or instead we can go on holiday or buy a new TV.

There’s no money made just by playing the game for us, unlike for a salaried fund manager.

Yet despite not being paid to do so, this morning I purchased shares in a FTSE 100 ETF when the market was at 5360.

As I type this post, it looks a brilliant move – the market has moved 300 points higher. But by tonight it could seem folly if the market crashes lower.

How are you supposed to invest at times like these?

My approach at all times is to be ‘fearfully greedy’.

It may sound like something you’d hear an English child exclaim in Mary Poppins, but being fearfully greedy has its roots in Warren Buffett’s strategy. And I believe it’s the only way I’ll prosper through investing.

Say you’re a young-ish investor like me, with 30 years of earnings ahead, yet already holding a reasonable portfolio.

If you’re fearfully greedy, then when markets are rising – as they did since 2003 – you’re glad your money was invested instead of spent on holidays and TVs.

That’s greed taken care of. (Greed is the easy bit!)

However, you should also be fearful of sudden reversals that rob you as quick as a pickpocket.

Of course nobody is complacent when markets are consistently falling. Instead, the fear often gets overdone.

Yet if you’re young and well-positioned, you should be glad you’ve got the chance to buy the same shares you were buying last month for 10%, 20%, or even 50% less than before.

You’ll be scared, too. Your new ‘bargain’ shares could halve again in a truly vicious bear market.

The greedy bit is thinking about your future long-term gains. The fearful bit is not over-doing it in the short-term.

This isn’t just about feeling better when markets fall. You must also take actions that reflect your ‘fearfully greedy’ thinking.

Say markets have risen a great deal. You might divert fresh savings into cash and bonds instead of buying more shares.

If the market is looking really frothy, like during the Dotcom bubble or with resource stocks more recently, you might even consider reducing your exposure to shares. Not selling out completely, but re-balancing according to your portfolio diversification strategy.

I wrote briefly on asset allocation a few weeks back, and I’m glad to say I’ve been following my own advice. My bond funds have barely moved, and my soft commodity ETF is actually up 10%.

But I’m not boasting I’m immune to the falling market.

“Investors should remember that excitement and expenses are their enemies. And if they insist on trying to time their participation in equities, they should try to be fearful when others are greedy and greedy when others are fearful.”
– Warren Buffett

Half of my equity holdings are in a High Yield Portfolio – a collection of blue chip companies paying good dividends – and this has dropped a lot in the past six months.

I’ve also got a Japanese tracker fund that is way down on what I invested two to three years ago.

When global markets plunge, it can feel as if the sky isn’t so much falling as already a noose around your neck.

Turn on the hysterical Bloomberg or CNBC news and you’ll be buying cans of baked beans and a shotgun before the day is out.

So do I know the future any better than the analysts who Bloomberg and CNBC interview to tell us the obvious – that prices have fallen, after they’ve fallen?

Of course not. But realise this: There are no long-term gurus guaranteed to make a fortune out of short-term market gyrations.

There are plenty of investors who’ve amassed huge sums by investing for decades throughout market cycles, but there’s nobody who infallibly calls short-term movements right.

You think you know someone? That Kramer guy on TV? The hedge fund manager you read about last week? Your cousin Bob?

Sorry, but I don’t think so.

Bob knows no better what’s going to happen in the short-term than anyone else. It’s just he tells you his views every Thursday night, and sometimes he’s bound to be right. Those are the times you remember, and the ones he reminds you about.

Ditto fund managers. We tend to read about the winners who have been winning recently.

New Star was set up a few years ago, and as its advertising told us it focused on star managers. These were very bright people who beat their peers in recent years, and who could thus be said to have beaten the market.

Most of its managers have done worse than most of their rivals, and its big push into commercial property has proven a disaster.

New Star’s share price is down over 75% in six months! The latest smart guys turned out to be not much smarter than anyone else.

This isn’t a secret. People have won Nobel Prizes explaining that nobody can predict short-term share price moves. The winners we think of – Warren Buffett, Peter Lynch and others – invested over the medium to long-term.

Buffett says we should buy shares thinking the market could be closed for 10 years. Do you or I really know better than Warren Buffett?

To conclude, because we don’t know what will happen to prices in the short-term, we can only buy with a long-term goal in mind and hope we’re not hit by some true wealth destroying phenomena like nuclear war or a return to communism.

Think the return of communism would be an extreme event?

So do I, which is why I trust one day I’ll be glad I kept on cautiously – fearfully and greedily – investing in shares through this bear market.