Shock news: Asset allocation not as dull as it sounds 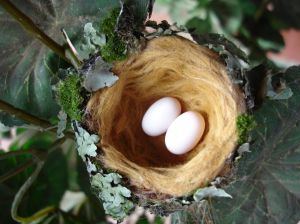 2008 could well be the year when we investors are reminded about the benefits of asset allocation. This rather academic sounding discipline is generally forgotten in times of roaring stock markets, but when the weather gets rougher, people are glad they’ve packed umbrellas as well as beach towels.

I plan to learn a lot more about asset allocation ahead of 2008, but the principle is simple enough – don’t have all your eggs in one basket. Most private investors know about diversification, buying a range of shares or an index tracking fund to spread their risk of a particular company putting in a stinking performance or even going bust. But eggs is eggs, and a basket of shares is only a basket of shares.

Asset allocation says you need to have several baskets, investing in the likes of cash, government bonds (Gilts in the UK, Treasury bills in the US), corporate bonds, property, precious metals, commodities, emerging markets and so on, alongside your shares. The downside is likely reduced returns, especially in the long-term.

The upside is reduced volatility, as a bad performance by one asset class is hopefully compensated for by better returns from another, uncorrelated, asset. Some commentators go further to claim average performance will be boosted with optimal asset allocation, although luck and timing would seem to play a part here. Shares are the best performing asset by far over the past 150 years, after all.

So how much should you put into what asset class? That’s the $6 million question, and there’s no firm answer you can trust, since even the most detailed studies are based on past returns. Nobody knows what will happen in the future.

Swensen’s ‘Yale Model‘ has achieved a superb average annual return of over 15% by diversifying into a wide range of non-equity assets, including large holdings in private equity. That said, he’s tended to avoid fixed interest investments such as government bonds, which isn’t really the decision of a dedicated diversifier. Swensen’s avoidance of fixed interest has been a great call in recent years, but what if the bear market post the Dotcom Crash had continued, or we’d gone into deflation? At such times a guaranteed 5% income a year could look very attractive. (Just ask the Japanese!)

No perfect allocation model in the real world

Despite the very complicated Nobel-prize winning mathematics behind various asset allocation models (Google terms like ‘The Efficient Frontier’ for a heads-up), there seem to be no surefire rules to getting the maximum benefit from asset allocation. And anyway, if there were, everyone would soon be doing the same thing, and the advantage would be quickly ‘outed’ and priced away, as with any investment ‘rule’.

My own view is that young investors putting money away for the future can afford to take a leisurely view towards asset allocation, buying classes when they’re beaten down on the expectation that they’ll eventually revert to mean. Older investors, especially pensioners who rely on their investment income, should probably take a more hardline approach. Their ‘long-term’ is necessarily much reduced, and the security of their year-to-year income is far more important.

I’ll be looking into a few easy ways to diversify a portfolio over the next few days, particularly by using Exchange Traded Funds (ETFs) as a quick and cheap way to get exposure to bonds, property, gilts and more.

As for my own investments, in 2008 I’ll be largely avoiding new investments in UK and US shares over the next 12 months, and look instead at getting some exposure to property via REITS, as well as boosting my holdings in index-linked gilts, bonds, commodities and possibly a little more overseas exposure.

But I doubt I’ll be selling down my domestic shares much to boost those holdings, and I certainly don’t expect to put aside more than 10% or so per non-equity class. The UK stock market, particularly the mega caps I’m largely invested in, look jittery, but they don’t look expensive. You have to stomach some volatility if you invest in shares, whatever else you’ve got.

Previous post: Anyone can do it: Duncan Bannatyne’s story