Five lessons my father taught me about the value of money 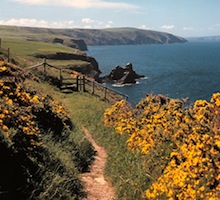 Not everyone is lucky enough to have a dad like mine to teach them the value of money without opening their wallets, let alone at a stockbrokers.

And even fewer are lucky enough to realise their good fortune when they’re still able to thank him.

Some people’s parents teach them how to choose their first shares, or the power of compound interest. But when it came to money, my dad taught me more subtle lessons by his example.

My dad passed away 18 months ago after some upsetting medical problems, which means he’ll never now read this article that he inspired with his low-spending ways.

Instead, I hope sharing with you some of the things he taught me goes someway to thanking the fates for my good fortune.

1. You are not what you wear

In his own way, my dad would dress up for what he’d consider a special occasion.

Unfortunately for the more dress-conscious members of my extended family, almost no occasion was special enough.

True, Monday-Friday, 9-5 he wore the worn-in tie and jacket uniform of his generation of white collar workers.

That didn’t matter when he was mending things, working in the garage or making furniture on demand for my mother – which was most of the time and exactly why he wore them.

And it didn’t really matter when he drove to collect my teenage cousin from her ballet classes in ever more comically awful clothes, just to embarrass her.

I grew up knowing that superficial appearances didn’t matter – it was what the person wearing the clothes did that was important.

And my cousin would now agree. The childhood horror has become an amusing anecdote.

It’s the memory of an uncle who went out of his way to keep her attending her ballet classes that endures.

Occasionally my dad claimed he’d quite like to spend money on a sports car but my mother “wouldn’t let him”.

I think just the idea of blowing money on something material was satisfaction enough.

In reality what mattered for him most throughout his life were tiny moments of experience – often with my mother, always with the family – and they very rarely cost much at all.

For instance, in their late 50s they got into hiking, and towards the end of this phase when both he and my mum had retired I got more insight into this mindset when he began using his newfangled mobile phone to send me text messages:

“Facing the Atlantic with the sun on our back and half our tea left. It doesn’t get better than this.”

“Eating fish and chips from the best takeaway in the world. Mum only ate half hers. Had to finish it off. It doesn’t get better than that.”

In the early days I questioned his verdict, and more than once wondered why he insisted on sharing these insights during hours when he knew I was at work.

Even typing that sentence – and knowing my dad – the answer is obvious.

The older I get, the surer I am of his judgement.

3. Nothing is ever broken

As a child of World War 2 – he was literally born amid the bombs of the Blitz – my father was raised against a backdrop of rationing and ruins.

Like many of his generation, he’d therefore been instilled with a ‘make do and mend’ mentality that in his case persisted after the economic boom of the 1950s and 1960s that he shared in, too.

It helped that he was very handy – furniture repairs were easy, for instance, and he grew up fixing cars.

But he went further than that, recycling delivery palettes into garden fences, or turning the broken down brick wall the fence replaced into a rust-red paving for a BBQ area.

I might be giving the impression here that my parents lived in some sort of rural ruin held together by bits of string.

It’s true that some visitors were surprised to see old sinks recycled into plant pots or doors made into work benches in the 1980s. (In his later years my dad would claim he was green years before it was fashionable, rather than a tightwad, and that he was ahead of Gardener’s World in making this sort of thing trendy!)

But overall my parents lived better than they otherwise would have, in always lovingly cared for and (generally) pretty homes, by spending less money and instead being creative and finding a use for anything.

I can’t say I follow this maxim religiously. My own spin is more “make sure nothing is broken, then you won’t need to buy it again”. I’m notorious for showing a decade-old photograph to someone while wearing the same once-trendy T-shirt as in the picture.

I’m also clumsy with a screw driver, and I believe in the efficient division of labour in human society. I think it’s better for me to buy a rattan basket from IKEA for £3 rather than to learn how to weave one from reeds.

But I’ve eaten the big takeaway. Stuff has a value. Look after it.

Given that I write a blog about money and investing, you might say that I’ve failed miserably to learn this lesson.

But the very fact that I’m writing right now is a testament to my dad’s example.

If I’d followed the path trod by many of my peers from college, I’d probably be being too busy in the corporate world doing something I hated to even dash off an email to my girlfriend, let alone wax lyrical about my father’s dubious jeans at 3pm on a Friday afternoon.

Indeed, I wasn’t even 30 before I downshifted and got out of the rat race to work as a freelance at hours and in places that suited me.

Often that’s meant longer hours for a time, and sometimes for less money.

But I’m my own boss, nobody can tell me what to do, and I make my own rules without the peer pressure of the typical office (one reason perhaps why I’ve found it easy to salt away 30% or more of my annual income).

It’s true I’ve probably capped my earning potential by deciding not to follow the carrot of an ever-higher salary up the career ladder.

But money is just money. Our days are too short to be ruled by it.

5. You must control your financial future

Hang on, didn’t I just say money was over-rated?

Of course I realise that money can mean almost everything if you haven’t got it, whereas in contrast having a lot of it can give you all kinds of possibilities.

But if you don’t put money in its place, you’ll never enjoy any of the riches you do make.

Equally, if you don’t realise that money is just a means and not an end, then when you’ve only got a little money you might be too distracted to appreciate the better things you want it for – to feed your family or to give your beautiful daughter new shoes. Don’t miss those unrepeatable moments.

It’s all too easy to see the candle and not the flame. We don’t live for money, we don’t remember it when we’re old, and we’d be better off in a world without it.

But that isn’t the world we live in – which is why I’m dedicated to saving and investing my way to financial freedom, while trying to keep a sense of perspective along the way.

And here my final lesson from my father was an unfortunate one.

Dad did exactly what he was supposed to – he shunned debt, paid off his mortgage, built up a relatively large pension, and ensured his family and my mother were adequately covered should the worst happen.

Yet when the worst did come calling – in a doctors’ surgery, in the form of a diagnosis that gave him less years than he expected but more than he wanted to spend at work – he didn’t feel able to immediately quit his day job because of the rules around his company pension.

As a result he had to work for more years than he wanted to, just to avoid big cuts to his retirement entitlements. (Even then he did retire before his time, and at some significant financial cost).

Happily my dad did get to enjoy some of the retirement he so looked forward to, although it was just a handful of years and nothing like enough. (A lesson delivered late in his life – take nothing for granted).

But what struck me about the entire experience was the lack of control he had over all the money he’d paid into his pension over the years. It was as big an investment as his house, yet he felt he had very little control over it.1

I decided that it wouldn’t be the same for me.

Explaining the different route I’ve taking would require more posts – an entire website – and my dad will never now see the results of the lessons I’ve learned from him, or know how grateful I am that I didn’t have the terrible role models other kids have for parents.

That’s one of my few regrets when I think about him.

Blame us for being British, but it never seemed right, when I could, to tell him in concrete terms about the extent of my investment portfolio, say, whereas I’d have had no problem showing him an expansive graveled driveway had I bought the house we so often debated (not that he’d have thought it was worth the money!)

I don’t think he worried about my financial future – but he never really understood it.

Still, I hope some day to be sitting on a cliff top somewhere, in the sun, financially independent and with someone I care about, and I’ll remember my frugal dad in his frayed jeans tucking into a slice of my mum’s cake like it was caviar on a blini, and I’ll toast him and everything he’s taught me.