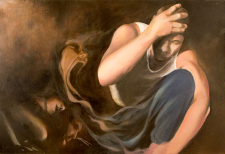 A lot of people say they want to earn more money, but when you talk to them in a few years time they’re not doing any better.

Most people don’t actually want to be rich. Certainly not enough to do whatever it takes to get there.

There’s no shame in that. Being wealthy has its downsides, and there’s much more to life than money.

Some people are too lazy to earn more money. They say they want to increase their salary, but they’re not actually prepared to do the extra work or take on the responsibility required.

Or else it’s not the very real risks of starting a business that holds them back, but inertia. They sit in front of their PC night after night ‘researching’, but there’s always just one more website to read, or one more funny pet video on YouTube.

Such people may also fear making the changes in themselves that are required to earn more money.

This mental dimension gives us a clue as to why you see some people work hard and have all the skills required to earn more money, and yet they seem to get stuck, or even worse they get into debt.

Mental beliefs are also why others earn more money without any qualms, particularly those from certain social backgrounds.

Think of the ‘nice but dim’ privately educated schoolboys who end up making a fortune in The City. How do they so outpace their apparent talents?

You’ll often hear it’s because of mysterious ‘connections’. Yet that factor is much smaller these days.

I believe it’s because the public school system (and that social class in general) gives you a sense of entitlement that’s a big aid to getting rich. There’s no question in those circles that you don’t deserve it.

If you want to earn more money and you’re from a different social background, you may need to cultivate more positive mental beliefs for yourself.

My own mental money hurdle

Since I became interested in personal finance, I’ve learned that a lot of mental beliefs can subconsciously sabotage the efforts of people who try to earn more money.

But I discovered the phenomena for myself, when my income stopped increasing one year.

Throughout my mid-to-late 20s, my earnings increased far ahead of my peers in my field. Yet around 30 I hit a wall.

It wasn’t just that I wasn’t seeing my income rising. It was that I wasn’t really pursuing new projects, or new goals, or anything at all that would allow me to earn more money. I was satisfied – and yet I wasn’t.

It was only on a trip home to see my parents that I realized what was going on. I was talking to my dad about his career, and I suddenly realized I had stopped increasing my income when I reached his salary!

I think I felt guilty or unworthy of making more than my father who had worked all his life to get there, especially as my freelance work seemed so much more fun and less ‘real’ than his typical 1960s-style corporate job.

Whatever the reason, once I identified this mental belief, I decided it made no sense. And just as a sickness can go away when a doctor explains you’ve got a trivial illness – “No, it’s not a tumor! Not it’s not cancer!” – the hurdle fell away and I began to earn more money.

I know that to some British readers this will all smack of a certain brand of pop psychology. But I’m convinced it’s true, especially as I’ve since talked to many friends and family members and identified their mental hang-ups about money.

Often my friends don’t explicitly tell me they have a damaging belief – it just becomes clear from talking to them. Whether I share with them my diagnosis depends on how close we are, and how blunt I’m feeling that day!

Do you have any of these beliefs? Would you rather earn more money?

You need to question your negative money belief and decide whether you think it’s true. If you decide it’s not true, replace it with a new belief.

The interesting thing is there’s a grain of truth in all these beliefs.

Some of your friends will resent you if you earn more money. Some rich people are incredibly selfish. And money doesn’t make you happy.

Yet plenty of rich people have lots of good friends. All entrepreneurs play hard, but some are extremely scrupulous. (And let’s be honest, your cat could probably stand an all fresh tuna diet).

Besides, this article isn’t even about becoming mega-wealthy. We’re just talking about a better income, a nicer lifestyle, and more chance of financial freedom.

Also, once you’ve got past your negative beliefs to earn more money, it’s up to you what you do with it. Money gives you options. If you want to start a charity or give it away to your family, knock yourself out.

In summary, if you’re doing everything right yet you’re unable to earn more money, you might be being held back by negative ways of thinking that stretch back to your childhood.

Should flawed childhood beliefs still be defining who you are? Should other people earn more money or achieve their goals just because they had a different background to you?