Will a high salary make you happy? 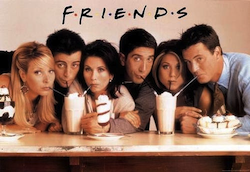 Does a high salary make you happy? To answer that question, we need to backtrack a little bit to our discussion about friends and wealth.

I’m convinced having rich friends can make you richer. But I’m even more sure having rich neighbors will make you work harder.

Just try buying a flat in London for less than £250,000. You need to strive simply to own the ceiling above your head. (Forget owning the roof – decent houses cost far more than a quarter of a million quid).

It’s well into the top 10% bracket. Yet he or she is likely to be laughed at by a central London estate agent!

Incredible though it may seem then, depending on your aspirations it’s very easy to feel poor on £60,000 a year in London. The UK’s wealthiest people live here, and a row of terraced houses could re-finance the Greek national debt.

In contrast, you can feel pretty flush in Scotland or Wales on £35,000 a year.

This relative affluence is the sting in the tail of surrounding yourself with people with more money than you:

It also reveals the problem with chasing a high salary as a means of finding happiness. Discussing recent findings from The University of Warwick, researcher Chris Boyce says:

“Our study found that the ranked position of an individual’s income best predicted general life satisfaction, while the actual amount of income and the average income of others appear to have no significant effect.

Earning a million pounds a year appears to be not enough to make you happy if you know your friends all earn two million a year.”

This is the key problem faced by bankers. Despite their fantastical bonuses, most of them know peers and friends in their company earning far more. Even the top bankers are made miserable by those they believe are earning more elsewhere (although they probably don’t call them friends).

Most of us can’t understand why bankers chase money so greedily, or react so ferociously to any move on their bloated bonuses. That’s because we don’t live in a world where income is everything – and yet ironically that’s also the very thing that makes the typical banker unhappy.

We do all though live in our own social networks of friends and relatives. And as the researchers found out, such networks are driven by ancient instincts that even a chimp would recognize are to do with status and the perception of superiority.

The bottom line on aspiration

Obviously I like to think I stand apart from petty comparisons with my friends. You probably do, too. Yet I wonder how much we can really step outside of such influences, beyond taking radical steps like ditching our rich friends? I can’t deny I do leave an evening out with mine nagged by doubts about whether I’ve made the right choices in my life and my career.

Chasing a fatter salary is no guarantee of happiness, that much is clear. But that’s no reason not to earn as much as you can, provided it meets your other aspirations of self-fulfillment and professional ambition.

It’s just that if you think happiness comes with a high salary, you’ll be disappointed. Focusing on your own high salary will upset your poorer friends, and your richer friends will bring you down. Best to keep quiet and strive to opt out from such comparisons whenever you can.