Bash bankers’ bonuses until they squeal 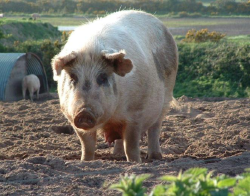 A couple of readers have asked what I thought of the one-off levy on bonuses announced in the pre-budget report, given that I’ve advocated here and elsewhere a windfall tax.

To be honest it’s become such a mainstream topic that I wasn’t sure Monevator readers would want more opinion / hot air on the subject, especially as I have no special insight beyond common sense.

From the earliest days of the credit crisis I believed the financial services industry should pay a price for their collective greed and idiocy. That has happened, with companies like Northern Rock, Lehman’s, Merrill Lynch, and HBOS all going belly up, amongst many others.

I also wanted the culpable to pay on an individual level, and there’s far less evidence that this has happened.

From Fred the Shred getting his multi-million pound pay-off down to 28-year old traders on a million a year who loaded their banks up with lousy debt and have mostly been re-hired by rivals – even if they were booted out in 2008 – to take part in this year’s credit bonanza, most bankers haven’t done badly from the crisis at all.

I still believe bankers/City types – as a generalization – are overpaid, and have written as much before.

This isn’t to say they should earn £5/hour, which is a typical blustering banker comeback. I don’t say they shouldn’t earn well for doing a vital job, or that they don’t work very hard. I say so do many other people, and they earn barely 10% as much as elite bankers. The money that goes to bankers is out of proportion, and a clear reflection of market distortion, as plenty of people cleverer than me have written about in depth.

So yes, it is tempting to say I told you so in the light of their renewed greed, and to applaud an attempt to reign it in. Bankers have seemingly no ability to conceive of the bigger picture, or the fact that the financial system was bailed out by the State for reasons other than their own good. They think they’re a class apart, as I wrote when Goldman started this bonus farce.

As Fed chairman Ben Bernanke has said, intervention to save key players in the system was done despite the fact that doing so stank. We the public didn’t want to underwrite bankers’ recklessness, but the alternative was worse.

Yet even when we pull back from the brink, bankers can’t take one year off the gravy train before they start to award themselves huge sums again!

Yes, technically bank prop traders or whoever have ‘earned’ these sums, but their ability to earn – to have jobs – is only possible by dint of massive state intervention in the financial system. Indeed, in many cases they are making money specifically out of the mechanics of the intervention itself.

This is equally true of the likes of Barclays, which has remained independent despite being threatened by the credit crisis, and stronger banks Standard Chartered and HSBC, both of which I hold, as it is of RBS and Lloyds.

I appreciate Barclays didn’t want Government support, or seek it, and that they raised the money they were forced to raise from overseas. But their staff only have jobs – let alone the opportunity to earn millions in a year – because the State sorted out the mess that the supposedly fittest of the fit created.

Banks didn’t regulate themselves, they didn’t see this coming, in fact they repeatedly told us they had permanently reduced the risks.

In reality, hedge fund managers and authors like Taleb had a better handle on the situation, which was that stability had set the scene for complacency, and thus massive instability.

To wrap up, I am happy with this one-off levy because a windfall attack on the extraordinary profits created in this most extraordinary of times is appropriate. I think the levy is fairly ingenious, too, because it encourages banks to retain capital, which was partly the point of all this intervention, rather than to raise tax revenue.

I’m happy to see the French and Germans looking to follow suit.

I understand there are downsides to such a clumsy approach to the problem – nothing is perfect. I even appreciate that reducing bonuses this year could result in even bigger payouts next year.

But it wasn’t ideal that we had to get out of this mess using quasi-socialist state intervention, so I don’t see why we shouldn’t use similar techniques to address the more unpleasant consequences, such as bailed out bankers making millions while unemployment heads to three million in the UK or over 10% in the US.

And as for over-paid bankers fleeing to Zurich, if I could pick out the worst offenders from The City’s bars on a Friday night, I’d pay their cab fare to the airport.