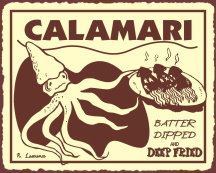 Overpaid bankers who are given crazy bonuses for making average returns and who ought to be using their first-class brains to design volcano-proof 747s rather than financial timebombs are a favorite topic on Monevator.

And don’t get me started on the housing bubble.

But to be honest, I find myself strangely unmoved.

It’s hardly news, is it? Two years ago I wrote that Wall Street ‘innovation’ created the credit crisis, and that the elite banks should pay for it. The subsequent carnage took out Merrill Lynch and Lehman Brothers. Not a perfect result but better than I expected.

Okay, so bankers were soon collecting huge bonuses on the back of the special measures designed to protect them from going bust – but who was shocked by that? On a professional level bankers care only about money these days, and for all I know that’s all they ever cared about.

No, this SEC move seems politically timed. The sub-prime issue has been knocking about for ages. Michael Lewis even wrote a book

What’s more, Goldman Sachs seems to be being challenged on a technical point, even though the ‘moral’ impetus behind the action (which will justify it to the electorate should the market wobble) is from the gut.

Shooting the messenger (and the postmaster)

What especially irks is the way the hedge fund Paulson & Co. is repeatedly painted in articles about the case. The emphasis is on how the fund made $1 billion by betting against sub-prime, as if it was at fault to do so.

We should give John Paulson an honorary knighthood for his services to market efficiency. If certain bankers had thought as much about the fallout from sub-prime mortgages – rather than just high-fiveing each other as they packaged them up for profit – then the bubble might have burst sooner, and less painfully.

Instead we have the spectacle of Goldman Sachs banker Fabrice ‘Fabulous’ Tourre writing in the midst of the boom:

“More and more leverage in the system, the whole building is about to collapse anytime now.

Only one potential survivor, the Fabulous Fab [Tourre]… standing in the middle of all these complex, highly leveraged, exotic trades he created without necessarily understanding all of the implications of those monstrousities!!! [sic]”

You really couldn’t make it up. Then again he is not just a banker – he is a French banker.

It certainly sounds awful to a public that until recently thought of Captain Mainwaring when they thought of bankers. But again, the egotism and disregard is nothing new.

Why is this an issue, even in a civil court? It seems a red herring to me. If I sell some shares, am I to be legally obliged to warn whoever buys them that I think I’m getting the better bargain? And was Goldman even allowed to reveal Paulson’s identity and motives to its other client?

As to the latter point – the client’s interests – a similar analogy applies. When dealing shares, a market maker isn’t obliged to say who he is buying or selling from, as far as I’m aware. Why should it be different for supposedly sophisticated investors trading in complex securities?

I had lunch with a banker friend at the weekend (yes, they’re real people, and they can be pleasant enough away from the office!)

He told me the issue is that Goldman’s actions failed the ‘smell’ test. They may have been technically permissible, but its other clients won’t be pleased by the impression they’re left with.

My banker friend couldn’t help smiling at Goldman’s fate. He said everyone in The City has been waiting for the company to put a foot wrong.

When it comes to loathing bankers, even bankers are it!

Goldman Sachs’ shares fell 12% on Friday, which seems an over-reaction. But I cheerfully admit to not having the faintest idea where this will end.

It’s hard to believe that the SEC would have turned over this stone without the willpower to go to war on it. Goldman Sachs’ robust and public denial suggests it expects as much.

As one hedge fund manager put it in the papers:

“With all of the people who were inside the Goldman credit engine, to point the finger at some French VP is as credible as blaming the collapse of the Royal Bank of Scotland on one of its tellers.”

We’ll see. I can’t bring myself to actually stick up for investment bankers, but on the face of it the case against Goldman doesn’t look especially convincing.

Got a view? Let us know in the comments below.

Previous post: Weekend reading: Why I’ve sold a few shares as the bull marches on