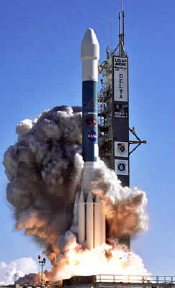 I continue to think the UK economy will surprise ‘to the upside’ in 2010, as city boys – and rappers – like to say.

Today’s booming manufacturing PMI figure will be shocking if you’ve read too many gloomy pundits still partying like it’s 2008.

Yet this jump from one superficially meaningless number to another (to 56.7, for the record) represents:

And this recovery has been going on for months!

True, the economy is partly ‘rising’ like a zombie climbs out of a grave. GDP fell for six quarters – the worst run on record. The only way was up.

Yet I think the recovery will prove both real and strong, helped by the following factors:

A weak currency is a boon, provided you don’t need to spend your money overseas. It makes the stuff we export cheaper, and it makes overseas earnings more valuable. (Remember, 70% of FTSE 100 earnings comes from overseas). The last time the pound was this low was in the mid-1990s, and that started a boom, too.

UK unemployment stands at 2.46 million – far below the 3 million peak predicted. Moreover, 7,000 fewer are unemployed compared to the previous figure. Yes, a lot of people are watching Loose Women who’d rather be working, but unemployment is a lagging indicator. It’s not ‘meant’ to start falling until the economy has recovered. (So perhaps it already has?)

Mervyn King will have to write a letter soon when inflation heads above 3% – yet the central bank rate is just 0.5%. Partly rates are low because inflation is thought to be a blip (we’ll see!) but they’re also low to support the banks. Low interest rates nearly always boost economic activity, and the affect is lagging, too.

There’s a lot of debate about quantitative easing, mainly because we know as much about it as a ten-year old boy knows about a clitoris. But it’s had an affect – almost to the day it was announced, panic was averted and asset prices began to rise. It’s yet another lagging stimulus.

5. The financial sector is booming

We heard a lot about how the UK would fall harder because of our massive financial sector, and we did – until banks began bathing in the honeyed waters of cheap Government money. Now bankers are getting bonuses and the curse has turned into a blessing.

6. Growth will likely be revised upwards

UK GDP only grew by 0.1% last quarter. Some boom, eh? Well, scary as it is to agree with Dark Lord Peter Mandelson, I think he’s right that GDP will eventually be revised up. Not next month – in several years time. The same thing happened in the last UK recession, perhaps because of our big services sector.

I’m not claiming the UK hasn’t been through the wringer, nor that we’ve finished paying for the boom that preceded the credit crisis.

We’ve borrowed from our future selves to get going again. We’ve done it directly via Government debt and ongoing deficits – which we’ll pay for in higher taxes – and by taking on the broken banks Northern Rock, RBS and Lloyds (the last of which we’ll probably sell for a profit).

Growing public and private debt will constrain consumption and tame future expansion. We’re richer now than we expected to be 12 months ago, but we’ll be poorer in five years than you might imagine.