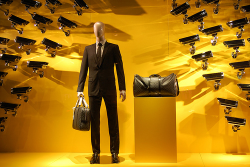 With the markets up over 50% from the low point, my net worth has risen accordingly. Happy days!

Dangerous days, too, with the usual warning signs:

As a buyer during the bear market – and very positive on equities during the March market low – it’s tempting to permit myself a self-congratulatory moment.

Tempting, but experience tells me to resist. Gains lead to complacency, and as an only-halfway passive investor (the head is willing, the heart says not entirely) I need to stay alert. What the market giveth in six months, it can easily taketh away.

Worse, having gone ‘all in’ on equities during the bear market, I’ve not got a properly diversified portfolio.

In particular, I want to buy and hold some government bonds. I currently have none.

Such bonds still seem expensive. Government bonds have fallen from what I judged bubble valuations at the end of 2008, but the yields on the 10-year benchmarks still seem low, compared to the risk of inflation or the yields in previous decades.

Note: The efficient market hypothesis says I should buy bonds now for diversification and assume the price is as right as possible. I am indulging in market timing, a practice considered in some circles on a par with cannibalism or folk dancing, with some justification.

With hindsight, some of the worst advice I’ve read since I got interested in investing came from a Motley Fool book written around the turn of the century.

The book urged readers to shun government bonds – UK Gilts and US Treasuries – and championed stocks for any investing period of five to 10 years or more.

I didn’t start investing my money in shares until after the bear market of 2000-2003, but I’m probably not as far ahead as you’d think, even after reinvesting dividends, compared to if I’d bought government bonds. (Unfortunately I haven’t kept perfect records). Anyone investing in the late 1990s would certainly have done better with Gilts or US Treasuries.

Stock markets have been through a ten-year bear market since 2000, including two huge slumps.

In contrast, government bonds have done splendidly – as we saw when I last looked at the Barclays Equity Gilt Study:

To be fair to the Motley Fool book, it did say cash could deliver similar returns to bonds while being more flexible, which was pretty much true until 2008.

Besides, hindsight is the cleverest investor. Shares had been going up for 20 years when the book was written. Only heroic contrarians and perma-bears foresaw things getting as bad as they’ve been over a decade. Even Warren Buffett didn’t sell his shares in 2000.

Good for bonds, better for stocks

But that was then, this is now.

Government bonds give you security when the markets go haywire, as well as the certainty of a fixed return. That’s what enabled US Treasuries in particular to boom in 2008.

However if inflation hits say 4% and your government bonds have a yield to maturity of less than 4%, you’re going to regret buying them.

The yields on long government bonds have risen in 2009 (as prices have fallen), but I feel they’re still not attractive:

So why are yields so low today?

The obvious reason is that Central Bank base rates are extremely low and likely to remain so for some time. Bond yields don’t need to be high in such circumstances.

But that situation won’t last forever, especially not on a ten-year view, unless you’re of a very doom-and-gloom mindset.

Other reasons include forced buying of bonds by pension funds, and other scared investors who have developed a phobia for equities. Hardly reasons to think the price is right.

I’d say the only good justification for holding government bonds at these low yields is the risk of deflation or at least another recession. But I don’t expect that, though I admit it’s a possibility.

As for quantitative easing, I’ve no doubt it is boosting liquidity and to an extent ‘artificially’ propping up asset prices, including shares.

However US and UK shares have historically always recovered strongly after bear markets – without quantitative easing – so I don’t believe Q.E. is the only reason share prices are up this time.

Anyway, government bonds could well be hit as hard as equities when monetary easing finishes.

The UK’s Bank of England is currently hoovering up gilts as fast as the Government can issue them. Who will buy at yields of 3.7% when the Bank turns seller, and when it starts increasing interest rates?

The yield on the FTSE 100 is about 3.5% and total dividend payouts are rising again – Barclays just reinstated its dividend, for instance. Ten-year gilts are only just yielding more than equities; a bullish sign for shares.

I’m not saying equities aren’t at risk of a fall when central banks start tightening – they are.

What I am saying is that until then, the potential extra rewards of holding stocks – amply evident in the past six months – makes them more attractive than bonds.

Add that to equities’ ability to at least partially cope with inflation by growing earnings and dividends (in stark contrast to the fixed interest from bonds) and I just can’t bring myself to swap any shares for bonds at these low yields.

Time will tell if I’ll regret this decision!

Later this week I’ll look at what yield might tempt me to buy government bonds; please subscribe if you’ve not done so already to keep in touch.

Next post: The reality of making money from iPhone apps