Enough with the self-flagellation: We’ve just lived through a ten-year bear market 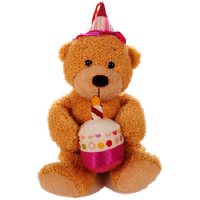 A few people over the past 18 months have shaken their heads sadly when I’ve said I’ve been buying shares during the bear market.

You might think they were proven right when I was buying in early 2008.

Or you might think I proved them wrong when I was bought at the bottom in March 2009.

Actually, I don’t think either view is right: it’s all hindsight speaking. Timing market direction to pick the exact bottom is near to impossible, which was why I bought throughout the slump.

But I’ve also realized more recently that I’ve got a fundamentally different view on where the stock market is compared with most CNBC pundits, fund managers, and Internet share traders.

Some of these people are clearly suffering from recency bias, and need to read their long-term market history. They’ve forgotten bear markets end.

Many of the others seem to think an 18-month bear market isn’t long enough (although actually it’s plenty long, compared to most downturns).

They ask if we ‘perma-bulls’ think we can escape with just a mild spanking, as if that’s all that’s been suffered by investors (and as if the market has a morale compass. It doesn’t!)

The view that share investors have had it easy floors me, because from where I’m standing we’ve been in a wider bear market for the past 10 years – and an almost flat one on an 15-year view.

Too many look at the peaks in 2007 or 2008 and argue the bear market that followed was too short. They forget that in the UK at least, the heights were first reached a decade ago.

If you invested everything on June 11th 1999, you'd still be down 30% (ignoring dividends)

10% over 15 years, excluding dividends (but see note below)

*Okay, I’ve been a bit cheeky here and picked a local high in 1994 and compared it to the recent March lows to derive my 10% over 15 years statistic.

On the other hand, you can bet that when you read about previous terrible bear markets, those statistics are based on extremes, too.

I’ve included this graph because I think some people have forgotten what a bull market looks like.

Timing piffling 30% rises is not the point when compared to catching a ride on a big bull run. (To be fair, the early 1980s to late 1990s bull market was about the biggest, but there have been plenty of other big moves upwards over the past 100 years).

Being over gloomy can damage your wealth

We can’t know whether this current rally will be sustained, although I’m guessing it will.

To pick just a few of many positive signs:

But I’m not saying we definitely won’t retest March’s lows, and I’m not saying we’re going to enjoy a multi-year bull market starting 12 weeks ago (even though some signs point to a decade of 20%+ returns). Such predictions are impossible to make with confidence.

What I am saying is that if you shift your perspective to understand we’ve been in a long bear market since the dotcom crash in 2000, it might make it easier to believe the recent share slump has neared an end.

I’ll try to juggle my asset allocation a bit more cautiously when the market next looks peaky (clue: not now!) but I won’t try to deal in and out on a wholesale basis. I’ve seen the damage it can do to other investors.

Many have missed out on the sharp rally in the past three months because they wanted to see blue skies before investing.

But it’s inevitable that the market will rally before the economy does – the investment gods don’t tend to give signposts.

A reminder from my three-part post about investing in bear markets:

According to a MarketWatch report, in a study of 12 post-World War II bear markets:

Missing bull markets can seriously damage your wealth. Better for most of us to drip feed our money in all the time, and ride out the highs and the lows.

Next post: Commercial property is an attractive asset to own