Where did all the absolute return funds come from? 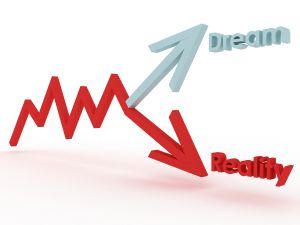 A reader emailed me yesterday thanking me for my overview of the ins-and-outs of absolute return funds, but wondering if I knew where they’d all emerged from.

As a long-time UK investor, “N.W.” said he’d heard similar promises from funds before, but he’d been struck by how both the term “absolute return fund” and advertising for such funds had proliferated in recent years.

Why, he asked, couldn’t he now open a copy of The Sunday Times Money section without seeing an advert for such a fund?

The short answer is there’s a lot more absolute return funds about.

Recent-ish changes in European legislation is one reason why – conventional fund managers were previously not easily able to short shares, or to use other strategies absolute funds employ, such as derivatives.

But with the financial services industry, it’s often better to first look at how a product meets the company’s need to make a profit, rather than ask what it can do for us, the customers, which usually comes a distant second.

And with absolute return fund, in my opinion the reason we’ve seen so many around recently is that the big stock market falls made them easier to sell.

According to The Guardian in an article of March 1st 2009:

Half of the 20 funds in the sector have been around for less than a year, three have been launched in the past month – by SVM, Gartmore and Argonaut – while Pictet has said it is planning one and a number of other fund managers are considering joining the fray.

So reader A.N.’s perception is quite correct: There were plenty of new absolute return funds launched in 2008 and early 2009.

And sure enough, here’s the real reason why:

With stock markets down 40% in the past year and some pundits predicting further falls, it makes sense to launch a fund that claims to be able to make money for its investors even when share prices are falling.

So there’s our answer. But I say it makes no sense.

How does Warren Buffett put it? “Be greedy when others are fearful”.

Regular readers may remember almost to the same day in March as this Guardian report, I was suggesting the markets were a bargain:

Cash is yielding less than 1%. Government bonds are probably still in a bubble. Property prices continue to fall. Corporate bonds do look cheap but if they recover then equities will probably do even better.

Meanwhile, the global stock markets have suffered their worse declines for several generations.

Admittedly I’d bought on earlier dips and I certainly won’t claim I foresaw the rapid market surge since then. I just knew shares were much cheaper than they’d been for years, and in the long-term were likely a good buy.

The other half of Buffett’s famous maxim is “Be fearful when others are greedy”.

If there’s a time to move into absolute return funds, it’ll be after the market has gone up 100%, not after it’s dropped 40% as The Guardian article suggested. Since then the FTSE 100 has risen as much as 50%.

An absolute return fund is for life, of course, not just for Christmas.

While theoretically their investors should be happy their 15% or whatever is in the bag (their managers will certainly be happy to trouser some of the excess), human nature means many bear market bottom investors in absolute return funds are probably praying for another crash to justify their decision.