Beware the lure of the exotic 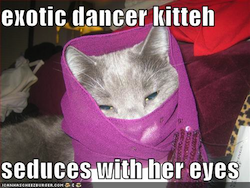 If there’s a whiff of the exotic thrown in, so much the better.

A person who knows nothing about Indonesia, Brazil, or South Africa will confidently tell you that these countries offer much better returns than the domestic market.

Ask them why and they’ll point to our aging population, political sclerosis, or rising public debt.

Typically they know nothing about the problems of the alternative countries. It’s just that the exotic unknown is more attractive than the all-too-familiar reality at home.

Overseas investing is a good idea, sure.

But that’s as part of a diversified portfolio, not as a punt on crackpot Internet theories about the demise of the West.

Other people assume complex products and ambitious strategies must be superior to a tracker fund.

Why shouldn’t they be? More expensive computers are better than cheap ones. Famous lawyers are superior to also-rans.

But investing is counter-intuitive. Paying more usually means worse results, because active investing is a zero sum game where the only certainty is higher fees.

Typically the investors they attract will waste money paying for a poorer performance from funds that promise to outperform, or else from absolute return funds that cap returns and rake off the upside but don’t entirely protect the downside.

At worst, they’ll put money into the next Bernie Madoff-style Ponzi scheme.

They hear other clever people are doing so, and the fact that it’s a black box makes it more attractive to this kind of mindset, not less so.

We all love mysterious strangers

Generally however, it’s best to keep things simple when investing.

When you become more interested in wealth preservation than in growing your nest egg you might try some risk-aversion strategies.

But in your core saving years a simple ETF portfolio is probably your best bet.

Whatever you do, avoid rushing into exotic funds just because they sound sexy.

Of course, nobody puts money into something just because it sounds sexy. That would be dumb.

No, rather like a country maiden stumbling into the path of Don Juan, they fall for the sexy talk:

Most of this stuff is just pretty words.

There’s nothing really new under the sun in investing. If complicated strategies were better, we’d know already.

What we do know, rather, is that passive index tracking is usually best.

The unfamiliar is appealing

It’s too easy to be swayed by the superficially different.

I was reminded of this by a recent advert from the oil producer Shell. It portrayed a camera-friendly Japanese family going about their life of burning fossil fuels and polluting the planet.

Obviously the ad focuses on the domestic end of this particular value chain, mind you – all hugs and home furnishings.

[Update: I used to have the advert embedded here but the video has been taken down in the years since publication. Fashion changes, eh?]

I loved this ad when I first saw it. The combination of exotic location, mysterious utterances, and its surging guitar riffs made my spine tingle.

You can imagine my disappointment then when I did a bit of research via Google and found the truth rather duller than the fictional reality.

What does the protagonist Mr Ohashi utter to his wife, I had wondered?

“I fear the return of Godzilla,” perhaps? Or maybe: “Will this day end in darkness?”

No. He just says about his son: “What is he doing?”

And what about the sage, sweet murmuring of his wife?

Not much poetry in that.

Finally, I used Shazam to discover who recorded the guitar riff.

I expected to discover some incredible Japanese hardcore band, but it was actually recorded by a U.S. novelty group called Green Jelly.

Even worse, it’s just a version of the children’s song The Bear went over the mountain, to see what he could see. (He sees the other side of the mountain…)

If this advert was filmed in rainy Croydon, in English, with the music rattling only a pair of ancient Charles and Di wedding mugs and the tune replaced by Slade singing Humpty Dumpty, then nobody in Britain would fall for it.

Perhaps that’s the version they show in Tokyo?

Think about it the next time you’re tempted to put money into some complicated, exotic sounding financial product on the back of its mysterious charms.

Previous post: The risks of buying mark to market investments on margin