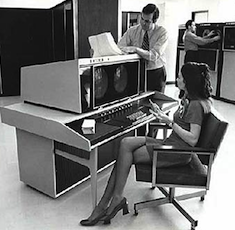 Human beings love complexity. There are more complex ways to put it, but as this post makes the case for simplicity let’s start as we mean to go on.

I argued recently that the stock market had fallen lately because it had gone up a lot, fast. We’d got carried away.

“What rot! I don’t subscribe to Monevator to read what my six-year old could tell me! I want to hear about sovereign debt defaults, plunging leading indicators, and a death cross price pattern!”

Okay, nobody wrote that to me but that’s how many people treat the market and economics. Just watch an hour of CNBC for proof.

Now I’m not here to say that markets or economies aren’t complicated. They are true complex systems.

What I do think though is that complex answers are more about fitting our idea of what’s a suitable class of explanation, rather than about being right.

In reality, the best answer to most stock market questions is: “I don’t know”.

Our bias towards trusting complex solutions seems hardwired from birth.

I spent part of this week at Culture Evolves, a conference in London organised by The Royal Society. Anthropologists, sociologists, and various other –ologists discussed whether ideas and language evolve in a similar way to genes.

One session highlighted ‘over-imitation’ in children. The gist was that as kids we learn by imitating other people, but – unlike chimpanzees, notably – we’re sometimes prone to copying redundant activities, too.

Derek Lyons spoke about this research. It involves training four-year old kids to ignore witless adults, and then recording how the kids later extracted a prize from various toy-based puzzles:

Derek found that if just given the puzzle without adult guidance, the kids set about finding the quickest way to extract the prize.

However if kids first saw an adult doing dumb things like waving feathers, removing pointless struts, or tapping a box with a pencil before opening the door to the prize, the kids copied the redundant acts, too.

It seems that kids who first see an adult solve the puzzle are assuming the toys are more complex than they appear – that there must be hidden mechanisms that explain why these seemingly dumb actions are required:

Importantly, we continue to over-imitate as adults.

For example, if you don’t know anything about cars and you watch a mechanic check various parts of your engine before topping up your oil, there’s a good chance you’ll perform the same needless checks when you fix the oil yourself.

Similarly, if you’re an investor and you read or watch apparently informed market pundits, you’ll soon believe the FTSE fell by 0.2% because German government bonds are rising in reaction to saber-rattling in Iran, or similar nonsense.

Before you know it you’re trading noise like everyone else.

As investors, we should try not to assume that complicated products or explanations are always required, let alone superior.

Financial markets are complex systems. They are analysed by well-paid and clever-sounding adults who read charts, follow company results, and insist that investors should put 10% into palladium futures or Korean bonds.

Mostly we’d be better off ignoring them and sticking to a very simple plan. But it takes real understanding to appreciate that clean, cheap products in investing are usually better than expensive and complicated ones:

Academics have even discovered that High Street savings accounts and mortgages are made deliberately more complicated to confuse us!

Takes one to know one

Perhaps you’re immune from favouring complexity, but I doubt it.

I’m financially literate, yet I still pick shares with a proportion of my portfolio. It increases the time dedicated to investing at least ten-fold, and the jury is still out on whether it will make me richer. The academic evidence says it won’t.

True, I claim I do it for fun. But there are other challenging things I could do for fun instead. I could become a cultural anthropologist, for instance, which on the evidence of the conference I attended is interesting and involves a lot more attractive women than share investing. (Give me a break – I’m recently single!)

In my experience, most people who get into the markets eventually buy some shares or active funds. Even if they know better.

The real cardinal sin is to invest in something you don’t understand instead of a straightforward product that you do.

A great example are income investment trusts, which fluctuate with the stock market like any other shares, but have a very good track record of delivering a growing income over time.

People wary of the stock market shun these trusts, and instead buy expensive pseudo-bonds that deliver a crappy return and too frequently blow-up or result in a miss-selling scandal.

Shun them all, and keep it simple, smarty!

Next post: Weekend reading: Some other fools who think the market is cheap