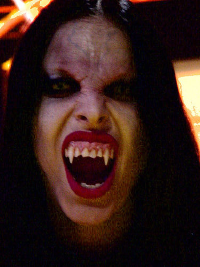 A case study: A few weeks ago, my friend D. decided he should start putting aside some money for the future.

A bohemian sort in his late 20s and without any savings, D. has no fixed career, let alone a pension. But things are going okay for him right now, and he thinks he can save £100 a month.

Not much, but a start.

D. also has the usual British aversion to money, which means he knows absolutely nothing about saving or investing and wrinkles his nose at the thought of learning more.

Now, I’d be the first to say he should take responsibility for his own financial future and start reading up on this stuff for himself.

In fact I’ve said so in the past – which is probably why instead of talking to me he instead went to a family friend, a financial adviser who’d advised his uncles.

Perhaps my bleating about the rubbish financial services industry has rubbed off on D. after all, because a few days later he asked me to the pub to discuss the advice he’d received.

I was dumbfounded, then furious. Aside from the fact it was going into an ISA, it was all rot.

My friend was set to throw away 3 to 7% of his hard-earned money (I say 3-7% because even I couldn’t tell from the paperwork whether the initial fees were cumulative, though I’m pretty sure it was 7%) as well as 2% a year to invest in a fund that would likely under-perform, and that he didn’t understand.

I urged him to get out, reassuring him that he wasn’t an idiot and saying probably half the people in the pub had done something similar – and then shuddering to realize it was true.

Who needs wine, women and Las Vegas when they’ve got a financial adviser?

So there you have it. Even when a financial adviser gets the opportunity to do the decent thing and teach someone about money – even when only a trivial amount is initially at stake – they spurn it.

If D. didn’t know me, then he’d have signed up a to a lousy plan. If it wasn’t for long-awaited changes coming in 2012 that will end this rotten sales commission once and for all, then as his regular contributions grew and his ‘relationship’ with the adviser deepened over the years, he’d have been robbed of thousands of pounds through fees, and ended up poorer in retirement than he needed to be.

And he’d probably be no wiser about it, either. That’s exactly what’s happened to millions of people who trusted their advisers over the years.

Even when I made him understand the charges, D. still said to me 7% was ‘only £7 a month’. He wasn’t offended by the adviser taking his money for years to come for confusing him and passing off this shoddy investment, and he had no idea how much the fees would cost after compound interest

I was going to point D. to my ‘simple’ article about index trackers, but after speaking to him I realised it’d be like pointing my baby niece to Wittgenstein’s Tractatus Logico-Philosophicus.

With leeches friends like these, who needs taxes or Las Vegas?

Note: If you’re looking for an Independent Financial Adviser, check out Unbiased, a directory of 26,000 vetted and regulated advisers. (That’s an affiliate link, where we may get a small fee if you find an adviser you like. It doesn’t affect the price you pay.)

Next post: What should a new investor be told to do?