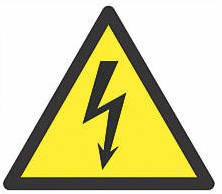 The look on my friend’s face was one you might deploy if you were presented with a bill for service at McDonalds. Total incredulity.

“So let me get this straight – you’re putting a money value on your memories?”

“Well I wouldn’t state it so precisely,” I said. “But basically… yes.”

“Wow! That’s so sad! Experiences are worth more than money.”

“I agree,” I admitted. That puzzled look again. “But you’re experiencing something every moment of the day anyway. The question is whether the extra enhanced experience is worth the extra cost. Also – remember that when you spent all that money for those particular memories, you also bought a certain kind of experience you’ll have to live in the future, too.”

I topped up her wine.

“Look, neither of us are gazillionaires with infinite money. In particular, you don’t even have a job anymore, depending on whether they’ll take you back – and besides we spent the first half of this evening talking about how the reason you went away for three months was because you hated your work so much.”

“Okay, so you told me you spent half your savings on those three months of traveling. Which now the holiday is over exist only in your head – in as much as you can remember them. Which seems to be to a limited extent, possibly because so much of your holiday took place in various bars.”

“So that’s where we can start. Half your savings bought those memories. I’m not knocking that spending decision specifically – perhaps for you it was worthwhile. My point is you spent the money to buy them. Money that you can’t spend twice. So they certainly have a monetary value.”

“But there’s more,” I added in my winning way that makes me so popular at parties. “You’re in your early 30s – it’s possible you could have quadrupled that same money by age 65 if you’d invested it instead. So we know 65-year old you is going to have massively less money to spend because of those memories you bought and are already forgetting that you don’t think we should think about financially–”

“–you’re right! Let’s get back to experiences. You usually earn – what – £40,000 a year? After tax and National Insurance that’s going to be something like £30,000 in take home pay. Let’s divide that by 240 working days for easy maths, and say you take home £125 for every day of your life you sacrifice to work. Except since you have to go into the office, you spend more – we’ll call it £6 a day for travel, then add a let’s be honest low-ball £5 for lunch and coffees, and say £4 a day to cover the fact that you buy a certain amount of tidier clothes for work.”

“Knock that spending off the £125 and we’re at £110 a day or so take home. Really I’d like to take it down to £100 a day to cover stuff like ibuprofen, your inability to take off-peak mini-breaks, and all those late-night Ubers you order to have a mid-week social life while working. But we won’t. Let’s just say you spent £5,000 on your three month travels, which seems about right from what you’ve said.”

“Well, that’s about 45 days of your take home pay – equal to nine additional weeks of your life where you’re going to have to go into the job you hate to sit in an office you hate because you went on your three-month holiday.”

“Yeah, okay – it does sound worse when you put it like that. But then again I got three months away from the office for another three month’s or nine weeks or whatever spent at it. Seems a fair trade?”

“Um, well sadly I was being gentle on you. The reality is you’re not going to save anything like all your take home pay. You know how much it costs to live in London. You’ve also got to eat, go out now and then. Buy bottles of wine to bring to my house for these thrilling heart-to-hearts.”

“Hah! Anyway, I’d guess you save about 10% of your take home pay, which means it could take you two years more at the office to get back the money you spent on your three months away from it. But let’s say you manage to save to save 20%. Still going to take the best part of a year more work to pay for it.”

“Okay, okay – at least I have the memories.”

“Good, because you’re going to need them while you’re sitting at work! That’s my point – you’re alive either way and still having experiences. When I said earlier [Editor’s note: I did, different discussion!] that I’m more and more trying to find regular moments of happiness in small things, this is what I meant – that I’m trying to focus on sustainable mild contentment rather than the sort of high-cost roller-coaster you’re on. Honestly, I’m not saying you did the wrong thing – not at all, your trip sounds amazing – but I am saying I personally would totally put a cost on those memories, both in terms of the financial outlay and/or the price to be paid in terms of extra work by your future self.”

“Okay, fine, I spent the money. But that’s what money is for, right, to spend and have a good time? What’s the point of just sitting on a big pile of money like a bloody nerd-dragon, counting it in your cave? Even you bought this flat… eventually.”

“Ha ha, nerd-dragon, I’m stealing that! Yeah, I agree. Remember I think and write about this stuff a lot – I’ll probably even turn our conversation into a blog post! So I know this might all sound a weird way of looking at things to someone who doesn’t. But what I think it comes down to is how much do you value your future over your present – or in the case of memories, your past – and how do you strike a balance.”

“So personally, I’ve always found it very easy to value the future. I saved some paper round money 30 years ago that went into the deposit on this flat! I’d always rather have most of my money invested, and to know I’ll have more options ahead of me because of that. Whereas we both know you live for the present – you’re a great party girl, and you’ve never thought much about tomorrow. That’s obvious. As for the Past You, I guess that’s where the monetary value on memories come in? Also possibly feelings of life satisfaction, and not having regrets, which is what I have to guard for with my approach. Although thinking about it, I suppose that’s really your Present You trying to anticipate and stop your Future You regretting what your Past You didn’t do and–”

“– stop stop I get it. But I still don’t really see how this doesn’t mean money is there to be spent? Whether you spend it now, or when you’re 90 or whenever?”

“Absolutely, ultimately that’s what money is for. But I think it’s helpful not to always think of it as money but sometimes as something else.”

“Well sometimes I like to think of money as stored power. You build up your power by working and saving, and hopefully your investments charge it up further, too. But sometimes you have to run the battery down – that’s when you spend it. You can spend it on something now, but that means you’re going to have to work more in the future to charge it back up. Or you can try to get to the point where you have enough power stored away that it sort of auto-re-charges. And then you have maximum flexibility to spend it how you like indefinitely.”

“Did that make sense?”

“Err, sort of. You know this is why you’re single again, don’t you?”

Next post: Weekend reading: Can we take back control from Brexit?