Seven reasons why you shouldn’t start your own business 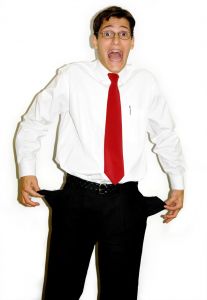 Looking to gain financial freedom by starting your own business? I’d urge caution. Most well-paid employees are better off sticking with their jobs, spending less than they earn, and investing the difference in the markets over the long-term.

Don’t get me wrong: I’m self-employed, and I’d only go back to corporate life as a last resort. I’ve also worked for several start-ups, and I co-founded one that’s still in business.

I can confirm that start-up life can be exhilarating, especially if you really believe in your product or service.

But as a sensible route to modest wealth, I’m skeptical.

I also believe there are far better ways to secure lifestyle freedom than starting your own business.

Here are seven things to consider before quitting your day job. If you’re going to take over the world, it surely pays to know your enemy?

I know it’s a great idea. I understand you’ve done years of research, talked to friends and family, and maybe even started working on the business in your spare time (good – but watch out for legal claims by your employer).

Will you succeed? If you’re opening a Subway franchise or taking your current skills freelance, perhaps. But if you’ve thought up, say, a new Web technology, then you’re more likely to make a splash in the deadpool.

Like writing a novel, starting a business is easy to do, yet the outcomes are hugely polarized between the handful of highly visible winners and the sunken iceberg of also-rans.

Hundreds of thousands of novels are written every year. A few thousand make it into the bookstores – where only a tiny number remain on sale for years. Similarly, while we all know the success stories, most innovative businesses fail. And while your business is failing, you’re not getting paid – in fact, you’re probably seeing your savings disappear.

This isn’t to decry the idea of starting a company to try something new. It can be an amazing ride, even if you do fail. You’ll learn all kinds of new skills, discover late night takeaway food you never knew existed, make great contacts, and maybe even create something cool.

But statistically speaking, rounding down to two decimal places: there’s next to no chance of your innovative start-up business making you rich.

Better to find ways to live like a billionaire without risking your life savings.

2. Your start-up business will destroy your life

I don’t mean that being a start-up CEO will kill you (though it might). I mean you can kiss goodbye to your current way of life.

Unless you’re very lucky (as opposed to talented or smart, which aren’t enough to guarantee anything) you’ll work harder at your own company than you’ve ever worked in your life.

Evenings and weekends will become merely annoying breaks where it’s hard to get hold of employees and customers (not that it will stop you trying). The gym? A tax on your good intentions that you’ll pay in January and rue as your weight balloons – assuming you find the time to eat.

If you’re lucky then after a year or two you’ll fail and get a job before the medical, financial or social damage becomes too great. Perhaps you’ll even get a pay rise, thanks to the new skills you’ve learned.

But many businesses do not fail fast – rather they just never really succeed. 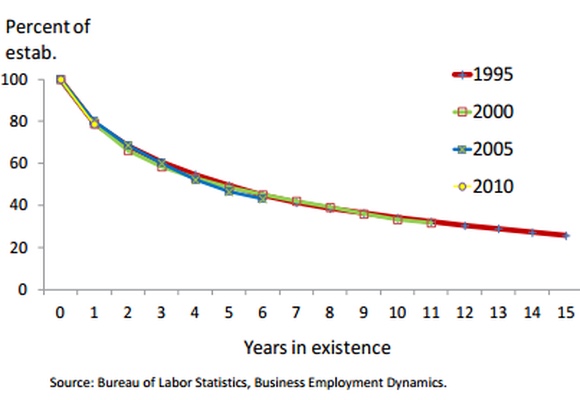 “This time next year Rodney we’ll be millionaires! Or scrounging money for the rent!”

If you’re unlucky you’ll limp along for years, working twice as hard for half your old income, and never getting that reality check.

If you’re very lucky you’ll succeed. Maybe you’ll point out this gloomy article in a speech at an industry awards dinner!

But by then you’ll know just how fortunate you are.

3. You’ll be too busy to make any money

My father used to work with a Cambridge PhD who hadn’t been promoted in a decade. It puzzled my dad, since the guy breezed through his day job with obvious ease.

Did he lack ambition? Had he done something untoward with a senior manager’s wife? No, this man eventually explained to my father: he was just too busy making money to handle a promotion.

I don’t remember how the guy made money exactly – I heard the tale when I was a kid. I think it was stock picking, but it could have been betting on the horses. I do remember though my father explaining with obvious incredulity that his clever workmate admitted he only ever ‘worked’ until his lunch hour. In the morning he’d conscientiously do what was demanded of him by his employer (but no more) and then after lunch he’d concentrate on making real money.

). But if I was still in an office that’s probably what I’d be doing, whether it be researching shares, working on new income streams like an eBay store or god forbid blogging, or simply taking it easy and saving myself the medical expenses of an early heart attack.

Start a business and you can forget all about such freedoms.

A capable friend of mine who runs her own company has spent two years trying to find time to set-up a passive index tracking fund.

Don’t think she’s lazy or stupid (though I’ll grant you she’s disorganized). She simply believes she should put some thought into how she’ll invest for the next 20 years, but she hasn’t found or made the ‘headspace’ to do it. (C., if you’re reading here’s why you should invest in an index fund. Again).

At least my friend hasn’t given her funds to a sub-optimal financial advisor to piss down the drain of high charges and chasing hot sectors.

I dread to think how many time-starved entrepreneurs have to work twice as hard because they outsource their finances to idiots who whittle away their returns.

4. Friends and family will become tick boxes you ‘do’

Your spouse may have an affair instead, just in case your company does strike it big.

5. Your talents and skills will wither away

Born to cook? Stay out of restaurants.

The boss of any successful company isn’t the top artist or craftsman. He’s the top sales guy, the rainmaker, the inspirational leader. And that’s fine, unless you love what you’re doing.

The best model for a start-up CEO is Steve Jobs. He was bright, brilliant, interested in everything – but essentially unemployable.

If your job is your vocation and you’re good at it, you should probably keep doing it. Don’t trade it in for paperwork and worrying about the bills.

6. You’ll spend all your time dealing with staff issues

Here’s a dirty secret that few business books will tell you: Half of a start-up founder’s time is spent dealing with people.

Ultimately your team is the key asset that will mean success or failure for your company.

Unfortunately they are also human beings who will:

Perhaps you relish all this. You certainly should if you’re starting a company.

If you don’t, then there are libraries of literature written about how to deal with people. I don’t have the answers – I’m just warning you to get reading.

With luck it’ll stop you starting a company in the first place.

7. It will be you who takes out the trash

Hey, Trump Jr., you know that superstar team you’ve recruited? You forget to include someone who’ll manage the company website. Also, there’s no one to sort out the phone lines into the office. An office that has no furniture in it because only you have a company credit card, which means it’s you who has to go shopping for desks and Macs.

Trust me on this – however efficiently and comprehensively you delegate, at some point you’ll empty the bins, clean up the junk mail, and be the person who sorts out the broadband.

And then on Tuesday you’ll have to do it all again.

Don’t think this stops when the business takes off; you just get a classier version of the jobs no one else wants.

Why? Because those jobs have to be done and it’s YOUR company, so you’ll do them. You’ve got by far the most to lose.

So should you start your own company?

Starting up a company comes with a great undertow of extra work to keep yourself in business, even before your innovative idea has been brought to market.

Don’t think a Venture Capitalist is going to pay for that. Unless you’ve got a proven track record of starting companies (in which case you’re already rich and none of this applies) then VCs will want to see you’ve put your life into your new company before they’ll invest. They want their money to go entirely into bringing your new product or service to market, not on making your life easier.

For most of us though, I believe a better solution is to save and invest enough money to make your job optional.

Still want to start your own business? Good for you, I wish you the best of luck! I’d also suggest you email this article to your fellow co-founders or employees.

Best to shake out the weak before you get started…

Previous post: Weekend reading: Some reads for when the sun goes down