How to make one million pounds 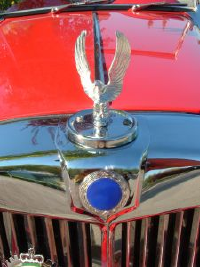 I have written before about how much interest you’d earn on a million pounds. But how do you make your million pounds in the first place?

You could marry a millionaire, but if you’re the sort of woman prepared to do this (sorry, I’ve never seen it happen to a cash-strapped man!) you’re probably too busy getting a fake tan and learning about the offside rule to read Monevator.

You could win the lottery. Good luck! Mathematically, it’s illogical to even try, but £1 a week won’t hurt.

You could start a business, but beware that’s very risky, whatever they say. (On that score, don’t blog to get rich. You’ll starve).

Some people have made money out of developing property, but once you get beyond owning your own home this is really another form of business.

That leaves saving your surplus income and investing it to make your million.

So how realistic is it to become a millionaire this way?

Making a million by saving and investing

Saving and investing your way to a million pounds may seem a daunting task.

For most of us, it is. But that doesn’t mean it’s impossible.

How you make your million by investing depends on three factors:

(I’ll ignore here another factor, which is tax and pensions. Suffice to say that if you’re a tax payer, the Government gives you tax breaks which effectively increase the size of your monthly savings without you having to save any more money. The downside is your money is locked away in a pension, and you’ll also be taxed on the income when you withdraw it).

The rate of growth in your investments (also known as the return) will depend on where you put your money.

There are no guarantees and much swearing and death threats discussion about what is likely. But just to give you a ballpark idea of long term returns:

The important point is that cash is the least risky asset, but it offers the lowest returns. Each successive asset is riskier but a better bet for the long-term.

Put your money into small caps and you’ll have to stomach some daunting volatility along the way, but you’re more likely to get to a million before you get a bus pass.

Can you beat these returns by share trading? If you’re an amazing share picker or Warren Buffett you might make as much as 15-20% a year, but very, very few people can do that for long. If you’re one of those people, you’ll probably already know it.

Note that most people generally invest in a range of assets for portfolio diversification purposes. This reduces the volatility but can typically be expected to reduce overall returns, too.

How much must you save a month to make a million?

The following table tells you how much you need to save every month to make a million within different time periods, and with different rates of growth.

Simply read off the growth rate in the top row and the length of time you can endure until you’ve got your million pounds. Where time and growth intersects is the monthly amount you’ll have to save:

What about inflation? I’ve ignored it here, because the article is about making a million pounds in nominal terms. In reality a million pounds will buy far less in 20 or 30 years time. One dirty shortcut is to read the column to the left of the expected returns. So if you expect to make 8% a year, read the column for 6%. Like this you allow a couple of percent for inflation.

To play around with different rates, time periods and monthly savings amounts, try this online calculator.

You’ll soon discover it is indeed very hard for most of us to make a million pounds, except through pensions and three decades of saving.

I don’t actually think the arbitrary target of one million pounds is that useful a goal. Instead, consider how much money you’ll need to replace your salary.

Next: Try the millionaire calculator or discover the interest on a million pounds.

Previous post: Commercial property is an attractive asset to own