The 6 reasons small caps can supercharge your investment returns 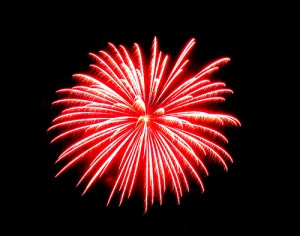 Small cap stocks can increase your portfolio returns, but they’re also more risky investments than large caps. In this post I’ll outline the six key advantages of investing in small caps versus bigger companies, and I’ll also point out some of the extra risks.

An army of analysts, brokers, traders and journalists pours over every share listed on the major stock markets. Each individual is looking for an insight that others have missed such as:

A useful nugget might be revealed in an interview in the trade press or be buried in the small print of the company’s final results. Anything material must be declared to the market, but a lot of investing comes down to judgement. If you understand the ramifications of a piece of information better or more quickly than others, you still have an edge over them.

The key point regarding small caps is these professional analysts overwhelmingly concentrate on larger companies.

Analysts have to pay their bills, too. And they’re much more likely to sell their research to fund managers looking to put millions into a major oil share. Brokers concentrate on bigger companies, too, since they need commission from institutions who deal in volume. And institutional traders aren’t likely to pursue micro-stocks worth less than the value of their own house.

These analysts all cover Apple (AAPL), the tech giant:

With which share are you more likely to spot something others have overlooked?

Advantage #2: It’s easier to double the sales of a smaller company

Quick reminder: The price-to-earnings (P/E) ratio is a measure of how highly rated a stock is. If the market believes earnings are going to rise a lot in years to come, it will pay more for shares in that company now, compared to a plodder going nowhere. In other words, the P/E ratio will be higher for the fast-grower.

Generally, small caps trade on lower P/E ratios than larger companies, at least until their ‘story’ becomes widely appreciated. Not always: tech start-ups soared in the dotcom bubble on stratospheric P/E ratios, and big companies can fall out of favour and see their P/E drop. But usually smaller companies are on lower ratings, perhaps because they’re riskier.

In hunting for small cap growth shares, you want to find an exciting company that’s either new or that has a new story, but which hasn’t been fully noticed by other investors yet. (If everyone believes the company is going to keeping growing at 20% a year, the P/E ration will have already been bid up, and will be vulnerable to a de-rating if they disappoint.)

You see something special in a small cap company when it is still relatively unknown. This company is lumped in with the other small caps in its sector, on a P/E of say 10. As it outperforms and more people are convinced its earnings growth is sustainable, its P/E ratio could increase to say 20.

This re-rating has a dramatic effect on your returns, compared to if the company simply grew its earnings but wasn’t re-rated:

Let’s suppose the re-rating occurs as earnings are growing at 25% a year and are forecast to keep doing so.

The combined effect of the change in earnings and the higher multiple increases your gain from 25% to 150%, like so:

This dramatic return is what attracts private investors to fast-growing companies.

Be warned, finding consistent growth shares is not half as easy as it sounds. Over the long-term, value investing has a better track record. But the market continually offers up growth company opportunities to those few who can spot them.

Advantage #4: Your knowledge can give you an edge

You’re not going to be the first investor to notice McDonald’s burgers are better than they were. Millions eat at McDonalds (MCD) every day.

but you could be first to spot bigger queues at the Gourmet Burger Kitchens run by Clapham House (CPH).

Expert or local knowledge is more likely to be worth something when evaluating small caps. Your mum might say her new indigestion pills are amazing, but the Big Pharma company that makes the pills already produced research telling analysts that months ago. Your insight was right, but it’s too well-known to be valuable.

Advantage #5: You can buy small caps, ‘they’ can’t (so be glad you’re not a billionaire)

Some funds are dedicated to small caps, but the majority invest in larger companies.

Imagine you manage a giant pension fund. It’s hardly worth you glancing at the share price of a small cap, because:

Compare that to the portfolios of us private investors:

The advantages we’ve looked at apply to picking individual small cap stocks over large caps. But a broad basket of small cap shares has historically done better than large caps, too, especially when you add value versus growth to the mix:

Exactly why this situation should persist is an old puzzle, but a New York Times article on the small cap advantage proposes an answer:

By definition, an overvalued stock has a larger market capitalization than would otherwise be the case. Its price-to-book ratio is also higher, and thus it is closer to the growth end of the growth-value spectrum. Portfolios of large growth stocks will contain a disproportionate number of overvalued issues, and should, on average, lag behind the market.

The opposite is the case for undervalued stocks. So small-cap value portfolios will have more than their share of them and should beat the market in the long term.

We’re not looking specifically at value versus growth here, which does juice the returns further. The take away for now is that if you invest in a basket of small caps, history suggests you’ll have a good following wind with you.

So is it sensible to invest in small caps?

The evidence says investors should drip money into index trackers over the long-term. You’ll get the average market return that way, and you won’t pay all the fees associated with buying and selling individual shares, let alone over-trade and do worse.

One middle-way solution is to invest say 10% of your portfolio in a small cap fund, to get some benefit of the broader small cap gains we considered earlier without taking on too much volatility. Several small cap index trackers and ETFs track the North American market. UK investors aren’t so lucky, and are best off looking at cheap investment trusts with decent long-term records, such as Aberforth Smaller Companies and the Rights and Issues Trust. Avoid expensive small-cap funds with up-front charges!

But suppose you decide to invest some portion of your worldly wealth into individual stocks, rather sensibly buying the market via index trackers. Perhaps like me you enjoy the challenge. You find investigating companies interesting, and you’re prepared to risk doing worse than a passive investor for the possibility of doing gloriously better.

In that case, I believe investing in small caps versus large caps has advantages we just can’t afford to ignore in seeking an investing edge.

Previous post: The simplest, most effective investment decision you will ever make