Day trading is too much fun to be profitable 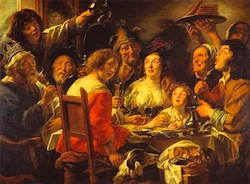 I am not immune from the gambling instinct. Many years ago I opened a spreadbetting account and had a go at day trading.

I was thrilled when the blinking lights of the trading platform flashed green, and less so when they turned red – though losing money only doubled my resolve!

And there, in a nutshell, is the gambler’s curse.

Losing money makes you want to go back for more. Las Vegas wasn’t built on the triumphs of its punters, but on the takings of the house. And in the long run, the house nearly always wins.

I learned quickly that day trading was dangerous, and never wavered from my main strategy of methodically investing in passive funds and shares.

My interest in investing is intellectually stimulating, and there are certainly some sunny old days when strong company results come in.

But a laugh a minute it is not.

Day trading for fun and profit

When people discover my interest in investing, they usually respond in one of three ways.

I can’t recall anyone gleefully telling me they invested in passive index funds. A few when pushed have admitted they “have some sort of ISA in shares”.

Even when it comes to stock picking, it’s once a year that I meet a stranger who reveals they own a portfolio of carefully selected long-term holdings.

No, for the public, being in shares means punting on prices going up and down.

And while that might be expensive fun (though I suspect filling your hot tub with Cristal and scantily clad Eastern Europeans delivers more bangs for the buck) it’s no way to make money.

Making money can be challenging and stimulating. Rewarding, even.

But the selling point is never that it’s easy or fun.

Of course we’ve all heard entrepreneurs tell us to “follow our passion” to make our money. When running a business feels like fun, you’re already a winner.

I’m sure that’s true, but even if you’re having fun, you’re still not having it easy.

You might smile as you wake at 6am for another 12-hour day with no promise of a pay cheque, but I guarantee you’ll be doing more than clicking a few buttons for your reward.

What about investing in a tracker fund, or buying your own home? Most people make money through home ownership, after all. And it’s not exactly an arduous ordeal – you get to sleep in your investment every night. No sweat!

But the tricky bit with passive investing or buying a home is the long-term commitment. You’re hunkering down for 20-30 years of sticking to a plan.

There’s also the small matter that you have to earn the money to fund these investments with a job, and that is unlikely to be a rip-roaring affair. The returns from residential property or from a typical run in the stock market will not make you rich unless you put a fair amount of money in first.

Who wouldn’t rather put £1,000 into a day trading account, and duck and dive their way to riches?

Who wouldn’t prefer to have a view, push a button, and “take a position”, as the advert says, rather than pushing crates or taking it from the boss?

Yep, you, me and the rest of us. And when everyone wants to do something that is effortlessly easy to do, then you can be pretty sure that all the profits were long since wrung away.

The horrible business of getting rich

I was discussing all this with a friend who told me she’d invested in a wine fund because it was “more fun” than the tracker fund I’d suggested.

If the wine didn’t go up in value, she could drink it!

True, but another failure of the fun test. Too much fun – so it’s less likely to make her real money.

To give yourself the best shot of making a fortune, you need to do something that nobody else wants to do – and where you’ve also found a way to make an outsized profit. (Few people want to be dustbin men, but that won’t make you rich. Owning a toxic waste dump might).

Here are a few examples.

You could start your own business

Long hours, uncertain rewards, a massive chance of failure, and an almost inconceivable list of things nobody ever tells you about that you’ll have to do every day. Most people cannot be entrepreneurs, let alone successful ones, which is why the few who succeed can make a fortune.

Head to a grimy part of Manchester or Birmingham, start buying run down properties, refurbish them with sweat equity, hire some heavies to get your rent collected, and wait 30 years for gentrification to finally roll up at your front doors. High chance of success. Strong chance of having a terrible time.

The returns from investing in successful private companies dwarf those you’ll make from the stock market. No surprise – it’s much harder to find good ones, they’re very illiquid and even harder to get out of than to get into, and a great many fail. Also the best opportunities will be doing something dull and unsexy, so you won’t want to brag.

It’s worth comparing backing boring unlisted firms with being an angel investor in theatre or films.

Who wouldn’t want to be the patron of a troop of bright young things? To be flattered as you’re asked about a new creative concept, and to go to the opening night to be gushed over by your family and friends?

Too much fun, very little effort – and an extremely high chance of losing all the money you put into it.

Do you feel lucky, punk?

Someone somewhere will back the next Cats or Evita this year. Someone will buy a vintage wine or find the next Damien Hirst at a college art exhibition. Someone will pick up shares in a future Amazon-slayer on the day of its IPO.

Being lucky is the easiest way to get rich (though I suspect it’s actually not the most fun – but that’s an existential conversation for another day).

If you want lottery odds on making your fortune, there’s an easy solution – buy a lottery ticket. For every one person who stares in disbelief as their numbers come up and they make a million, another 20 million crumple and toss their tickets in disgust.

Not exactly great fun, but not too much effort, either. And at £1 a week it’s a hell of a lot cheaper than day trading.