What is an IPO? 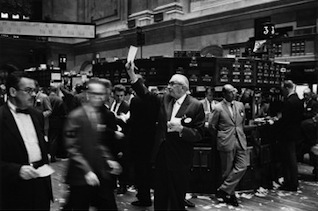 When stock markets are going through a boom phase, you’ll not stop hearing about IPOs.

But what is an IPO? Are they worth your money, or are they City scams designed to rip you off?

The answer is that just like every other investment, IPOs can be good or bad. You have to consider each IPO on its own merits.

This post will tell you what is an IPO. Future posts will look at how you can take part in an IPO, and what to look out for when investing in one.

What is an IPO?

IPO stands for Initial Public Offering. An American term that became popular during the Dotcom boom, it has pretty much replaced the old UK equivalent, ‘new issue’, and is steadily replacing the other alternative, ‘flotation’.

As the name suggests, an IPO is when a company first comes to the stock market (that’s the ‘initial public’ bit) and issues a tranche of its shares to be traded (the ‘offering’).

A company might decide to be listed for many different reasons. By far the most common are:

Note that a company rarely lists all its shares on the stock market in one go in an IPO. Usually only some portion of the share capital becomes publicly traded, with founders and other investors (or even the company itself) retaining ownership of the rest. But once a company is listed on a stock market, it can raise more money by issuing more shares. Known as a ‘rights issue’, this gives the company further flexibility, even if it doesn’t need the money right away.

An IPO is an expensive undertaking. Banks, lawyers, and City advisers are required to facilitate an IPO, and their trophy wives / manicures don’t come cheap. As much as 10% of the money raised may go on their fees. Some pundits have scurrilously suggested that excessive banks are put on the IPO ticket just to encourage favourable coverage of the newly-listed company!

Even once the IPO bills are paid, life after flotation is more expensive for the company than before. Its accounts must be more rigorously audited, and all kinds of other regulation comes into play, as well as fees for remaining listed. There’s also greater public scrutiny, and pressure from City funds and other shareholders for a regular dividend and a rising share price.

Given these hassles, you must ask yourself what is an IPO really being undertaken for, and who will benefit? Is it merely the founders cashing out, or will being listed help the company going forward?

You don’t want to spend your money making the founders rich, but leaving you with a dud investment!