Pros and cons of being wealthy 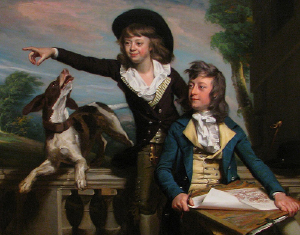 You want to be rich. Perhaps you plan to be very wealthy indeed.

Who wouldn’t? Talking about the pros and cons of being wealthy seems as one-sided as a boxing match between Warren Buffett and Muhammad Ali.

However I’ve been giving this some thought – inspired by my strange and unfounded fear of winning £56 million pounds in the lottery – and there are quite a few bad points.

Don’t get me wrong – it’d be a nice problem to have. If you searched out ‘the pros and cons of being wealthy’ as a sanity check before accepting a briefcase of cash, I say take the money!

Later on you can come back and tell us how hard it is being rich. But let’s start with the good points.

The pros of being wealthy

Unless you’re very religious, contrarian, or you’re visiting our planet ahead of the full-scale invasion from Mars, you’ll know how great it is to have money.

The esteemed rap poet Nas sums up the general picture as follows:

Clothes that I buy, Ice that I wear,
Clothes that I try, close your eyes
Picture me rollin, sixes, money foldin
Bitches honies that swollen to riches…

Mr Nas is a bit weak in rhyming the clothes he’s trying with those that he’s buying, but then he doesn’t need to try too hard – Nas knows we’ve all dreamed of being rich. He just has to flick the switch.

At the very least, being wealthy gets you:

Feel free to substitute your own desires. Personally, I’d like an island.

The downsides of being wealthy

When I said this article was about the pros and cons of being wealthy, I meant it: having a lot of money has drawbacks, especially if you get rich overnight.

I’ve met a fair few rich people over the years, mainly through work, and I’ve also read widely on the subject, and I feel confident in listing these negatives.

After a surprisingly low point, more money doesn’t make you happier. Rich people get depressed, just like the middle classes. True, there’s no evidence that money actually makes you unhappy (although one rich man is giving it all away) but it could distract you from fixing your real problems.

The end of your goals and ambitions

You see this with children born into money, as well as people who built a company up for several decades and sold too late to start another. When you have the money, what next? The trick seems to be to find a substitute to your old goal of achieving financial security. That’s why you can’t walk far in Africa without tripping over a philanthropist.

People are very critical of the wealthy, especially here in the UK. In the US entrepreneurs are celebrated, but newly rich Brits will find many people waiting for them to fall. I’ve seen it in work – a self-made man or woman leaves the room, and someone says “well, he was lucky” or “he’s out of ideas” or even “what an asshole”. Not nice, but it happens.

Someone is richer than you

Rich people are human, too. Your yacht isn’t as big as the one next door, or you had to buy your furniture, unlike your neighbours who had theirs passed down from the 17th Century. Nobody is the richest person in the world on every measure – how many billions would Buffett give to be young again?

Money can’t buy the love of your friends and family. “Don’t feel bad about being rich,” they say. But do you believe them? One has a broken boiler, another has a child with special needs, and then there are distant relatives who can’t afford nursing care. Do you help them all? Can you? Where do you draw the line?

Being rich is a big deal

Buy a country house and you need staff. Invest your millions and you need accountants. They move your money offshore, and now you don’t understand the taxes. You’ve no time to learn, because you’ve three different architects coming over to quote on your summer home. You think you’d be different? So do I. Didn’t they?

One reason you’ll need to all those professionals is because you’ll need help warding off the crooks attracted to your wealth. Nobody wanted to pretend to be you when you owed the bank money, but now you’ve millions parked away it’s a different story. Let’s hope your financial advisers aren’t swindlers, too.

I love you (and your money)

The big one. Does she really find you fascinating, or just your bank balance? Is he really won over by your beauty, wit, or experience, or does he just hope to bleed you dry while banging the French au pair?

Money can be all consuming

The most surprising thing about How to Get Rich

) by Felix Dennis is when he urges you to stop with money after you make the first few million, because beyond that you’re wasting your life.

“Let me repeat it one more time. Becoming rich does not guarantee happiness. In fact, it is almost certain to impose the opposite condition – if not from the stresses and strains of protecting it, then from the guilt that inevitably accompanies its arrival.”

And he should know.

To conclude with the rapper’s perspective, what I didn’t tell you earlier is that the lyrics were from a song called Hate Me Now, in which Nas laments the ill-feeling his wealth inspires out on the streets.

Our bard sums up his frustrations thus:

You wanna hate me then hate me; what can I do
but keep gettin money, funny I was just like you
I had to hustle hard never give up, until I made it
Now y’all sayin that’s a clever nigga, nuttin to play with

Of course, the single was a hit and it made Nas even richer, just like Dennis’ How to Get Rich book has become a bestseller.

Being wealthy has its rewards, but irony – that’s priceless.

Question: Do you think the pros and cons of being wealthy are in balance? Would you rather be rich or just comfortable? Please let us know below.