From Parkinson’s Law to the Pareto Principle… and back 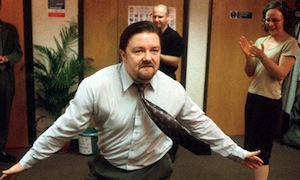 Young corporate go-getters are often amazed at the attitude of their more jaded peers.

They find some people who’ve been ‘enjoying’ the grind for a decade or more feel entitled to goof around to make the day more bearable.

Early in my wage-earning life I met one of them, a pleasant middle-aged bloke – let’s call him Graham – who told me he adopted a ‘two-for-one’ principle. For every two hours he worked, he took one hour off.

Graham explained that the company sucked up so much of his week, and was run so poorly and inefficiently, that he had to strike back for the sake of fairness.

What about the workers?

Graham hadn’t got a raise or promotion in years, and he moaned about that, too. But what really mattered to me was Graham and I worked on the same projects!

Being young and keen, I wanted to get my stuff done, impress the right people, and push on. By either delaying our projects or forcing me to cover for him, Graham was wasting my time, as well as his and the company’s.

Parkinson’s Law says that ‘Work expands so as to fill the time available for its completion’. It was coined in the 1950s in an Economist essay.

Despite this, I liked Graham a lot – he was helpful, friendly, funny, and even wise in an office otherwise populated by Aspergic alien body snatchers. As I got older, though, I became fed up with his sort of attitude – and others who felt entitled to a sick day every three weeks, and malcontents who’d actually sabotage projects as a misguided blow for workers’ rights.

I wasn’t especially bothered by the impact on my employer’s margins of their actions, even if I myself felt (and still do feel) a moral duty to do a day’s work for a day’s wages. I was never a fan of the rat race – I just wanted to work on interesting stuff – and I already suspected that Graham was correct that management buffoonery was at least as wasteful as his own scheduled mini-breaks.

No, what got me was I felt taken advantage of by my own peers. I became sick of covering for people who’d skip work with a mild headache (perhaps brought on by the sunny weather) or those whose lunch meetings always ran until 4pm (perhaps because of the wine…) A couple of years in work stripped away any lingering leftist sentiment held over from my student days.

Older and even more cynical, I now see this work ethical peer pressure is part of what makes a modern company tick in place of the rigid strictures of yesteryear. I felt a rebel, but I was allied with The Man…

…almost, but not entirely. When I saw a chink of light, I ran for it, went freelance, and used techniques such as the 80/20 rule and Eating The Frog

to double my productivity and income, while dumping stress like a balloonist ditching ballast.

The Pareto Principle, also known as the 80/20 rule, can change your life. In summary: A few big clients make you most of your money. Your greatest skill is your key earner. Most of your time should be spent doing a few important things. And so on. You’re either in the 20% who try it and live by it, or you’re one of the 80% who’ll never get it.

Completing a day’s profitable work by lunchtime once you’ve escaped from the Kafkaesque drag of office life is a heady feeling. But of course the natural order of things strives to out.

After a few months of spectacular efficiency, Graham re-entered my life – only this time he was the flipside of my conscientious Protestant personality.

Compared to wayward freelancers I’ve known (with vices ranging from Australian soap operas and a gardening fetish to life-threatening substance abuse), my own version of Graham was a home office nuisance as opposed to an agent provocateur.

Looking back, I wish I’d taken a few more of the summer afternoon walks he touted. But mainly he encouraged me to waste countless hours on the newly-fangled Internet. Still, this was when I deepened my interest in investing my own money, and though it now took until 2pm to get that day’s work done, in the long run it was time well wasted.

Moreover, I was wasting time on my terms, and could immediately see any impact on my own finances. The Heath Robinson pipeline of cause and effect of the modern office is stripped when you’re freelance to a hammer and a nail.

Hit insufficient nails with your hammer – or hit them screwy – and you don’t get paid. No blaming another department’s poor tools. Nobody cares.

I immediately loved being a freelance and I’d recommend it to anyone.

Yet as I write – and this is the grand reveal of this post – I’ve actually been in a full-time job since the start of this year.

Given how much I’ve maligned office life during my four years of blogging, I knew I’d have to come clean eventually.

The good news is I’m not about to recant. My employer is genuinely one of the good ones, but sometimes I still feel like a Native American rounded up and penned in to whittle wooden wigwams on a reservation.

The time wasted on the traditional office routine can be extraordinary. My old routine of getting up when I naturally woke up (invariably between eight-thirty and nine) and slotting breakfast, showering, a spot of lunch, and maybe a bit of laundry into screen breaks – has been replaced by the archetypal soul-crushing London commute that puffs out a near-7-to-7 working day and leaves you scrabbling to squeeze in domestic life at the edges.1

“I work all day and get half-drunk at night,” said Philip Larkin. Too right – except he didn’t have to suffer the London Underground to get back to his favourite pub.

A fair cop out

Why then am I doing a job? Because I’m field-testing corporate life and rechecking my prejudices just for you – my dear readers.

Okay, not really. The truth is at a certain point last year my hitherto Teutonic efficiency turned into Old Bloc bungling. And as is the freelance way, I immediately saw it in my bank balance.

There were a lot of factors involved in this farrago, most of which are very personal, nothing to do with money or work, and not something we can generalise into a ten-year itch of the self-employed.

Put simply, I looked about and realised if I didn’t get a bucket of cold water in the face, I could soon be graduating from daytime TV and lolling about in the garden to something far more… unproductive.

So I got a job somewhere interesting, to push skills I haven’t previously tested enough, in an area that interests me.

And it’s been… okay.

Most of what frustrated me before about full-time employment before can still be frustrating, while like the lead character in Douglas Coupland’s Girlfriend in a Coma

I’ve also stepped into a new world of grief.

For example, when I was last in full-time employment, mobile phones, email and remote working systems were all still a novelty. As a freelance I used them all to the hilt, and didn’t mind the way they mixed up work and post-work – but it feels more of an imposition coming from an employer.

But to be honest, I now see it’s not them, it’s me. I suspect if full-time office life annoys you, then it will always annoy you, whatever your urgent motivations for returning to the workforce.

For others, a secure place of work is a comfort. Most of my colleagues seem pretty satisfied with a day’s pay in exchange for the routine and rigmarole. They don’t appear to share my fear that I’m tossing away precious time like sending glinting 50 pence pieces tumbling into a dark and deep well.

Even old Graham knew his place. For all his griping about the waste of corporate activity, office politics that make Labour Party scheming look like a chinwag between Ghandi and Mother Teresa, and about the bizarre doublethink that sees nobody at work saying what they mean and even fewer doing what they say – for all that, Graham was a corporate creature. He was finely tuned to work’s ecosystem, and to its 47-week seasons. He’d starve outside of it.

Me, I’m from the high plains. I’ve come down to the city seeking work, weapons, and perhaps a few tattoos.

But one day I’ll go home.

Next post: Weekend reading: Money and the meaning of life

Previous post: How to choose the best index trackers #2: Costs