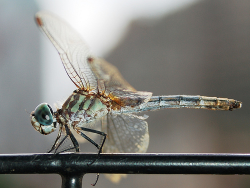 This is the first post in a three-part mini-series from Jacob, who writes an intriguing blog called Early Retirement Extreme.

Describing himself as semi-retired in his early 30s, Jacob lives an unusual lifestyle that’s partly funded from investment income, and partly from part-time jobs.

While I see certain echoes of his lifestyle in my own, he goes much further than I do – his approach won’t suit many! But his explanation of what he does and why will certainly make you think.

I am 34-years old. I have been financially independent since I was 30. That is to say, my passive income from broker and savings accounts has exceeded my expenses each year (except in 2008 where I relied on carryovers from previous years).

According to Monte Carlo simulations like FIREcalc, it will continue to do so for the next 60 years.

I no longer work for a living. I managed this through a combination of saving most of my income while I was working and figuring out how to spend very little money. You can read my story, but if you want to become financially independent and have your money working for you, it is better not to repeat some of the mistakes I made.

I did not make bank in the real estate bubble or start a successful company. Nor did I achieve superior investment returns.

In fact, I used to be an astrophysicist, a career that pays about as well as long-haul trucking, but which allows some paid travel for one to see the world (I guess the same holds for trucking), whereby the world I mean places like CERN, Princeton, Los Alamos, and other labs, universities and the occasional resort.

I worked in that field for nine years (four of them in grad school). It would be fair to say that I have retired from that career.

What I do in my early retirement

I spend time writing a book, keeping my blog going, and serving on the board of directors for a non-profit start-up.

When I am not being ‘productive’:

I’ve always liked writing. I used to blog privately on MySpace about anything and everything until I discovered the existence of public blogs – mainly personal finance blogs.

I thought I had enough material about personal finance to write daily, so I started my blog Early Retirement Extreme in December 2007 and I have been going at it ever since.

Early retirement: What’s in it for you?

I want people to take a step back and think about why they live as they do.

Today we are twice as productive as in the 1950s, meaning we could live a 1950s lifestyle with better technology and a four-hour work day as a single income family.

Yet people now seem to need two incomes just to get by, and apparently millions of dollars to retire.

So many life skills have been lost on the way to the mall to buy cheap junk and fake happiness. People own huge houses that they work so hard to pay off that they only have time to sleep in them or crash and watch TV. They drive expensive cars stop-and-go at 20mph to go to work, mainly to pay for the few hours they spend outside of work.

It could be very different. I want to show how it is possible to live happily without spending a lot and without using a lot of resources.

If the Earth was a pie, it is not growing bigger, and yet there are 120 million more people being added every year. We’ll pass seven billion within a few years. You can see that in greater competition – including wars – for resources, which is reflected in things like the price spikes for oil, metals, gold, and corn.

I think the point of diminishing returns was reached some time ago in terms of competition as a viable strategy to a better life. It is much more efficient to learn to live well on less than to waste time and energy competing for more.

In part two, Jacob shares some of the ways of living frugally that enabled his early retirement.