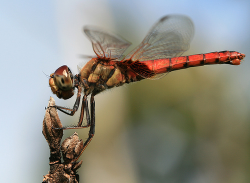 This article on living frugally is the second part in a three-part series on radical early retirement written by Jacob from Early Retirement Extreme.

In this post, Jacob reveals key ways of living frugally that enabled him to retire early on his investments.

It’s actually really hard for me to list the ways I am frugal. I often come across such lists in the blogosphere and I’m thinking to myself: “Isn’t this stuff obvious?!”

Once one grasps the main principles of living frugally – which is mainly to look at optimizing efficiency and utility – one will become frugal, rather than just do frugal things.

If we take the view from 50,000-feet, there are five things I do that enables me to spend about 75% less than the average person, and yet gain an equivalent level of satisfaction in my early retirement.

1. I live centrally, and in a small place

When I move, I ALWAYS make it a point to live within walking (or cycling) distance from work, libraries, and shopping areas – so about two to six miles away. This obviously reduces transportation costs and time.

Another thing to consider is the size of your home.

Most American homes are way too big. Think of it in terms of marginal utility.

I try to find the optimal solution for each place I live in.

For California, with its lack of rain and mild winters, an RV is the optimal choice.

The RV (recreational vehicle) is probably the most fun place I have lived in yet. It’s like camping every day.

Before the RV we lived in a standard 2+1+garage ‘burb house that was really expensive, and a mistake.

Before that we had a nice ‘cottage’ house that was located about a 20-minute walk from work – this cost about the same as we’re currently paying to live in the RV in California but it was in the Midwest.

Previous to that I lived in an off-campus dorm (about a five-minute walk to work) sharing a kitchen and three bathrooms with 18 other students.

If you take the money you’ll spend on your car and invest it in your retirement, you will add one million dollars extra to your early retirement account.

You can be a millionaire by simply saying no to personal car ownership. This is why living centrally is so important.

Someone recently told me that spending two hours a day commuting in a luxury car is no luxury. I can only agree.

This almost comes automatically from not owning a car and getting around by foot or bicycle, and also by not eating out too much.

It is particularly important for U.S. retirees to stay fit and healthy, since health insurance is paid by corporate employers in the U.S., compared to many other countries where it is paid for by the taxpayers.

Hence if you are retired without a corporate employer in the U.S., being healthy is important, since you will be paying directly for your lack of health.

In terms of eating, a good rule of thumb is that if your meal is mainly white, brown, or yellow, you’re doing it wrong. Healthy meals are predominantly green, red, purple, and orange.

Here’s the kicker! Mostly own things you have used within the past 30 days.

That’s not a whole lot of things. They will probably fit in a couple of suitcases.

I see many people go to the mall to buy something every time they have a problem. Then after a while they have a lot of stuff, and since it was a one-time problem, the stuff does not get used. It ends up in the spare bedroom or in the garage.

As a consequence, the home starts feeling full, and so people get a bigger home.

Our RV is 289-sqft and we are two people and a dog. People think we must be very cramped for space. We have as much space as everyone. It’s just we have much less junk lying around.

The best way to downsize is to put things you rarely use in boxes.

Do not buy anything unless you are certain you are going to use it often. Try to borrow, rent, or find a workaround – or maybe rephrase the problem.

Help others solve their problems, too. Lend out your stuff, so they save money.

Another thing I try to avoid are fixed costs for things I do not use all the time, like cell phones, cable, and magazine subscriptions.

This approach makes it easy to pay the bills, because there aren’t very many. More importantly, it makes early retirement possible.

You become financially independent when you can withdraw 4% of your principal annually, or 3% if you are really young or invest blindly.

If you have a $50 monthly expense you don’t use very much, like cable TV, you need to save:

Or else just spend $1,000 buying DVDs and have your friends do the same and then borrow each other’s DVDs. That’s much cheaper, and the programming is usually better, too, because you presumably have similar tastes.

Alternatively, if you live near a good library, you don’t have to pay anything!

I hope you enjoyed Jacob’s introduction to living frugally as much as I did. If you’ve not yet read his introduction to the extreme method of early retirement, you’re in for a treat. Otherwise, push on to part three!

Next post: Weekend reading: Why I’ve sold a few shares as the bull marches on