Do you want to retire early enough to save 75% of your income? 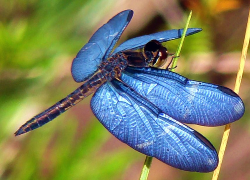 If you want to retire early, then as this final article by Jacob from Early Retirement Extreme warns, you’ll need to do things differently.

Having introduced extreme early retirement and outlined some ways of living frugally, Jacob now concludes by suggesting you rip up the rulebook.

I saved around 75 per cent of my income in order to retire early. Sometimes more, sometimes less.

My budget is slightly over $500 a month. Almost half of that is rent, but I could decrease that by moving out of California. You could make that kind of money with a part-time job as a burger flipper or a greeter, if you wanted to have more time to do interesting stuff right away without saving to retire early.

In terms of the recession, I did lose some dividend income, but I quit my career right at the market low in March 2009. It does not concern me.

The major mistake most retirees make with early retirement is to listen to mainstream advice.

If you want to retire early, you have to start listening to someone else.

For instance, I think a big mistake is ignoring health or thinking about it in terms of health insurance.

People need to be more proactive. Health insurance is something that pays money to solve problems once things go wrong. However, little is done to prevent the problems from occurring in the first place.

Another problem is a lifetime of neglecting everything else but work. Many people find themselves unable to enjoy life without being employed. They have no interests that can engage them all day outside of work. No friends, or not enough friends outside of work. Maybe they are no longer fit enough to be active.

Preparing for early retirement is not only about accumulating money. It is also about getting interests and connections, and staying healthy enough to enjoy them.

Be the change you want to see

In terms of frugality, I think the main mistake retirees make is looking at the little things first.

They’ll clip coupons but keep a second unused car parked in the driveway, “just in case”. Or they’ll turn down the thermostat or bring an egg timer into the shower but ‘keep’ three extra bedrooms that are mostly unused.

Another big mistake is buying stuff just because it is cheap or on sale – again “just in case”.

Always remember: Anything that you own but don’t use is costing you money in some way, whether that is storage or heating costs or lost returns if you had invested the money instead.

I hope you enjoyed this series as much as me (reads parts one and two if you’ve not already), especially if you plan to retire early. My thanks to Jacob for his splendid contribution to Monevator. I’d also welcome new readers who came here for Jacob’s posts to stick around. My aims and methods aren’t quite as extreme as his, but my heart is in the same place!

Previous post: How to profit from an interest only mortgage