Live it up like a graduate student and save a fortune 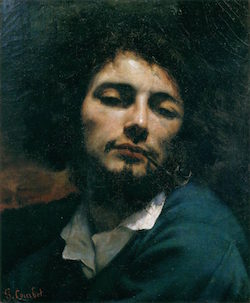 I had an older friend in college in the 1990s called Guy who was significantly cooler than me.

Guy got his mathematics PhD two years early. So far so nerdy. But like the best Chinese food, French movies, and Ben and Jerry’s ice cream, everything else was contrast.

Guy was a geek, but he had silky long hair that would have flattered the court of the Sun King. He seemed relatively disinterested in women but had a whip smart lover who looked like Maria Carey studying biochemistry. He saw the world in numbers but freelanced for the NME. He taught me a lot, and was generous in other ways, too.

“I read your short stories, you’re the next Martin Amis except you’re nicer to your girlfriend,” he said. “Come over for dinner.”

The graduate student lifestyle of kings

Guy shared a place with Faux Maria in Ladbroke Grove. It was a trendy area on the front line of gentrification. I didn’t know anyone else who lived there.

In fact, I didn’t know anyone else with their own flat. Everyone I knew lived in a crowded prototype of Big Bang Theory before technology was hip and deodorant was universal.

Guy welcomed me in with a smile and some quip about his castle.

The flat was on the first floor. Evening light fell through bay windows that would cost millions to buy in situ a few years later. There was no carpet, just rum-hued floorboards. You could see the worn heads of nails.

It looked like a photo shoot. But not pristine – everything was a bit battered and scruffy.

There were brown leather armchairs, wire shelves, a mannequin in the corner wearing a combat jacket, other intriguing stuff. It seemed like someone had cherry-picked the best of Portobello Market, but Maria said they’d found most of it in skips. All around, houses were being gutted and refurbished. Maria had an eye for the best of what these developers were throwing out.

Guy made me a cocktail – he’d just got into them – and joked he should be wearing a smoking jacket. The ice in the battered silver shaker sounded sophisticated.

Later he poured me the first glass of red wine I can remember drinking, because it was memorable, and told me he’d started spending more than £3 a bottle on that, too.

They made Thai food, also trendy then, and we listened to the vinyl stacked on the shelves. Like my other friends, I had a CD Walkman that plugged into a cassette player that I’d brought up from my teenage bedroom. Guy had black separate units he’d wired into the sort of Marshall speakers I’d seen at gigs.

They lit some candles and a spliff, and things sparkled.

I wasn’t half as good a writer as Martin Amis – I was a grungy student who’d recently ploughed through Marx.

But I now knew I needed some money from somewhere because I wanted to live like Guy.

Here’s the thing – Guy’s lifestyle wasn’t expensive. All his stuff was cheap, artsy, and secondhand. His flat was well located if you didn’t mind the drug dealers. But it wasn’t massive.

He and his girlfriend went to two or three gigs a week, but it was all free, either through NME or the student newspaper. Thai is cheap to cook and eat from plates off your lap. Billionaires listen to the same good music as the rest of us.

I’ve had some lucky breaks in life – my saving gene, my frugal dad – and another was being entranced at an impressionable age by Guy’s graduate student lifestyle.

I have friends who grew up wanting the same sports car as their uncle, or a cupboard full of expensive high heels.

I wanted my own secondhand separates system on a wooden floor.

And for many years, with variations, that’s what I got.

I lived below my means for decades. I rarely felt like I was doing without.

I didn’t drive, own more than one suit, or refurbish a kitchen.

I ate out and partied around the world in my 20s, but it was almost all through my (lowly paid) work.

I created this blog, which was a cheap, time-consuming hobby. Eventually it even made a few quid.

I didn’t have kids, which probably shortened relationships but helped my bank balance. New partners tended to be taken with the whole bohemian investor angle.

I pushed it for as long as anyone I knew.

Graduating from the eternal student lifestyle

To be fair, I have spent more in recent years.

I’ve certainly long stopped cutting away like my zealous co-blogger, The Accumulator. I’ve felt like a spendthrift buying a discounted Ted Baker jacket at TK Maxx or taking the odd Uber instead of a night bus.

But I’ve still been saving around half my income.

It was only when I hit 40 that I began to feel a bit sheepish having people over. Not old friends – you’d eat fish and chips in a tent with them – but new people I met later in life.

By then I’d been sharing a house with a pal from university for a few years. It was a good arrangement – we had lots of space and a social circle in common – but we’d begun to be joked about as a married couple who’d die together.

We were definitely a couple who didn’t want to spend anything on where we lived. Instead we saved for the ever-postponed future homes of our own. And it began to show.

Some people all but asked me where it had all gone wrong. My assets were invisible, up in the floating world, and I rarely talked about money. (I always talk about investing, but that’s different.)

It’s nice to think you are immune from all this but let’s be honest: Few of us look at those tin can collecting millionaire tramps without asking if something hasn’t gone a little wrong.

After that it’s all a matter of degree.

Someone will say in the comments: “Ah, so you caved in to keep up with the Jones!”1 And I suppose I have, a bit.

The real story is I got bored of not spending, of semi-disposable furniture, of not hanging anything bigger than an ironic postcard on the wall.

I started to wonder why I was still working if it was just to save money I can’t touch, or to hit arbitrary targets.

I felt ready for something new – and willing to let go of obsessing over the maths.

And I like nice things! I’ve been making occasional sightseeing trips to Heals and Habitat since I graduated. My former housemate couldn’t care less – if you can’t plug it in he’s not interested – but I’ve always loved the boutique hotels I stayed in through work.

So I am going to recreate one here in my new home.

A time to save, and a time to spend

Just how much money my eternal graduate student habit saved me has become apparent since I bought my own flat.

I don’t even mean the heartbreaking cash evisceration of paying stamp duty. (Guaranteed to move anyone two paces to the right.)

I mean that complete lack of four-figure home-related purchases for my entire adult life.

I knew I’d saved by living like Guy for so long. But I thought mostly about rent or utility bills. I was used to paying those. I didn’t think much about the cost of furniture that didn’t come from friends, IKEA, or Gumtree.

Now the savings are clear – in a punch to the gut sort of way.

People have been spending like this since college? Really?

I’m like some hunter-gatherer brought to civilization and left staring at a wall of flatscreen TVs. After years of writing about how much stuff costs, I can’t quite believe it.

I’m set to spend 2-3% of my net worth making this place the home I want. I’ll shop well and kid myself I’m buying quality. I’ll get the odd affordable antique and claim it’s an investment. Really I know I’m stepping on to a treadmill.

I just ordered a mattress for £600!2 A year ago I promised myself I’d buy such a mattress after I woke up at a friend’s feeling as if I’d had a full body massage.

Still, the money I’m spending on my flat – after 20-odd years of living light, saving, and compounding, remember – looks surplus to my foreseeable plans, given my aim is not to quit work anytime soon.

In unhappy contrast, a 40-something friend recently told me she’s yet to start a pension.

I can’t avoid being hit by that bus forever

Roughly 97% of my post-house purchase money should continue to compound unmolested. I’ll save less in the future, but I’ve realized I don’t want to be the richest eternal student in the graveyard.

When I was still dithering about buying my new flat, an ex-girlfriend asked me: “Well, what ARE you saving for then?”

I didn’t have a good answer.

But put it off for as long as you can, I say. Have eclectic tastes and comfortably scruffy friends. Keep dinner at the Indian a treat for as long as possible. Go to Menorca, not Barbados. Look after your things.

Have fun when you’re young and rich in other ways.