Buffett’s folly: The dark side of compound interest 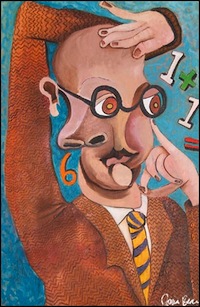 Few people are born understanding compound interest. As a result, some are seduced into buying things today using loans, and forgetting who really pays for their debts tomorrow.

An interest rate of 6% or 7% doesn’t sound so bad when you’re 21 and earning for the first time. But over the long-term, a life lived on credit will be very expensive and less rich than one where you live within your means.

Sure you can get a lower loan rate than 7%, but for most of my life you could have paid a lot more, too.

The point is you spend a lot of your future income for the benefit of owning something now when you buy it via a loan, due to compound interest.

Some people never do grasp how compound interest adds up over the long-term. They fail to get out of debt, and they end up in all sorts of difficulties.

However, most of us are at least bailed out by buying a house with a mortgage, which forces us to save for most of our working lives.

The average UK home has increased in real terms by 2.7% a year for the past 50 years, according to a report by Halifax a few years ago. Because of the power of compound interest, this seemingly tiny growth rate has made residential property a good investment for most homeowners.1

A minority of people also start saving into pensions early on the advice of an older family member, or even their employer. Assuming they are lucky enough to avoid being stuck in an expensive pension scheme, most early birds will again benefit from compound interest over their working lives.2

But some of us go further. We “get” compound interest the way other people get religion or vegetarianism or cross-dressing at weekends. It becomes a way of life, and an ever-present calculation.

If compound interest grabs you like this, then you start to see the whole world – certainly the world of money – in a new light.

Once you have seen the historical returns from shares – and you’re a believer – then it becomes much more difficult to splurge half a year’s salary on a new car or a fancy sofa, even if you’re paying with cash, not debt.

In your mind’s eye, you see the £3,000 you might recklessly divest yourself of at John Lewis one fine Saturday morning as the £40,000 it could become if you invest it for 30 years.

If being in thrall to compound interest is a problem for you, just imagine how it feels for Warren Buffett. The world’s richest man has compounded his wealth by 20% since the early 1970s. Before that has was doing even better.

Every can of soda the notorious Coca-Cola fan swigged in the 1950s therefore cost him thousands of times as much as he paid for it, compared to if he’d put the money into his investments and had a glass of water.

Of course Buffett is well aware of this – and he was prescient about it, too.

From the excellent Buffett biography The Snowball

The Buffett’s bought their first house [in 1957]. It stood on Farnam Street, a Dutch Cape set back on a large corner lot overlooked by evergreens, next to one of Omaha’s busiest thoroughfares. While the largest house on the block, it had an unpretentious and charming air, with dormers set into the sloping shingled roof and an eyebrow window.

In his mind $31,500 was a million dollars after compounding for a dozen years or so, because he could invest it at such an impressive rate of return. Thus, he felt as though he were spending an outrageous million dollars on the house.

Now I’d say the opportunity cost of paying cash for a charming house that you live in for the rest of your life can be filed under ‘billionaire problems.’

But the point is clear. If compound interest really grips your imagination – and it’s clear from his biography that it had Buffett in a headlock by his teens – then spending money will never be the same again.

Of course few us will be the exception that proves the rule when it comes to super-investing like Buffett. We will be aiming for perhaps 5-10% from our diversified portfolios, over the long-term, depending on how optimistic we are. Some are gloomier.

For us mere mortals then, a can of Coke today isn’t going to cost our future selves a car. But if we’re saving in our 20s, it might still cost us a couple of  pizzas delivered to the retirement home. Those Coca-Colas we skip will all add up.

How do we square this circle? It can only come down to personal choice, as we’ve seen in the excellent discussion among Monevator readers recently about what to sacrifice to achieve financial freedom.

For some people, saving more than the standard 10% to 15% for retirement smacks of being tight, not frugal. But for those who’ve really got the compound interest religion, almost any spending beyond housing, decent food and clothing and access to fresh air equals money wasted on fripperies.

True believers scoff at the latte factor, which is the idea that you can pay for your pension by skimping on Starbucks. Try the PG Tips factor, where you spurn expensive branded teabags for Lidl’s finest. Compound interest extremists use the teabags twice.

The other side of the equation is the iron law of mortality. As the famous economist Keynes pithily put it: “In the long run we are all dead.”

In the worst case scenario, there’s no point in giving everything up today for a future you’ll never see.

Plus all of the other cliches you hear:

I’d add a few more truisms of my own.

Firstly, it’s good to plan and to stress test your calculations, but beware of spurious precision. You can’t bank on expected returns.

Forget about precise asset allocations. A cheap and well-diversified portfolio is your best bet, but every investment can fail you and in the end you can still be duffed up by sequence of returns risk.

If only we knew exactly what returns we’d get from investing and exactly when we would die, we could save and spend our money perfectly – and go on a giant bender if the prognosis isn’t so hot.

We could save for years only to die relatively young, as I saw happen to a close family member. Or we could spend like crazy and condemn our future selves to an even more difficult old age.

Or we could hedge our bets and strive for a sensible middle-ground.

My own view is young people are already rich, middle-aged ones still have most of their health and non-financial wealth, so I’d rather save more today and have some extra money to splash out on a bionic Zimmerframe and luxury crumpets if I make it to my 80s.

But some things are clearly worth spending money on now.

I think memories are often overrated compared to what they cost, but I also believe that looking forward to 30 years in a bedsit is no way to live. If penury was the only way I could fund a pension, then I’d strive to boost my income. If that failed then, to be frank, I wouldn’t save at all.

The point is a little sensible spending goes a long way.

Money can’t buy you love. Just ask that world’s richest man. In 2011, Buffett touched on his former “folly”, revealing to shareholders that…

For the $31,500 I paid for our house, my family and I gained 52 years of terrific memories with more to come.

…although re-reading that, I’m sure I hear the muffling impact of an octogenarian’s gritted teeth.

Do you think he really means it?

Next post: Weekend reading: Don’t do it yourself, say companies who will lose out if you do