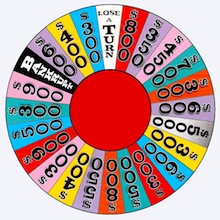 With the mindset of a long-term investor, you can avoid a lot of the worries that afflict the frightened hordes. But you can’t really avoid sequence of returns risk.

Oh I know you’re not scared of a stock market crash.

Nor do you pile in at the top.

You have the tough-under-fire attitude of a Vietnam veteran on his third Tour of Duty. When share prices plummet and others quiver before CNBC, you go surfing, Apocalypse Now-style.

The average after-inflation annual return from shares globally is 5.3% per year1.

So as long as you sit tight and don’t panic, you’ll be rewarded, right?

The sequence of returns matters

But you’d better know there’s another kind of risk to think about, and it can be a doozy.

Assuming we’re both adding or taking money out of our portfolios over different periods of time, the return you get will be different to the return I get.

This would be true even if we saw the same average 5% real return from our portfolios.

It also has a clumsy name: sequence of returns risk.

Sequence of returns risk is the risk that fate will deal you a shocking hand. That the timing of bear markets and bull markets will fall worse for you than for another investor.

This danger is especially high when you’re taking money out of a portfolio during a market crash.

It’s why we’re urged to reduce our exposure to the riskiest assets as we approach retirement age.

Stock market falls are great news for young investors who invest more throughout the turmoil.

The best time to get a bad hand from the market is when you’re starting out as a saver.

You’ve got less money to lose in a market crash. Better yet, what you buy with new money at a lowered cost basis will grow in the good times to come. (Plus you get used to volatility early.)

In contrast, the last thing you should want the day before you retire is to have all your money in shares, only for the market to plummet.

You’re retired. You need that shrinking portfolio to live on.

How to multiply your money

You might not think it matters how the market tosses up its treats and its treacheries.

Returns from investment are multiplicative, after all. You multiply your money!

And every precocious child knows that it doesn’t matter what order you multiply numbers together. You still get the same result.

It’s exactly the same with investing.

Okay, so why does it matter to us poor strivers exactly when the sturm und drang of a stock market crash hits us?

Well it wouldn’t if you were a member of the landed aristocracy and you were simply managing a big pile of loot before passing it onto the next generation.

But most of us are saving and investing over our lives to ensure our financial futures. We’ll have to withdraw money from our savings in retirement for spending.

And it’s because we add and subtract money from the market over time – at different times – that the sequence of returns risk can have its wicked way with us.

Do the sums and you’ll see that’s an average annual return of 3.9% per year.

Now let’s imagine you invested £100 at the start of 2008. Here’s where your money would have stood at the end of each year:

Note: £100 compounded for five years, as per the returns listed.

The first thing to note is you’ve ended up with less than you might have expected.

Why? Because investment returns are geometric, rather than arithmetic. But that’s for another article…

For now remember we ended up with £110.56 after this five year run.

Back to the sequence of returns risk. Let’s imagine you fell through a wormhole and ended up in an alternative reality, five years in the past.

(Stay with me here.)

Being a good Monevator reader, you shrug off your trip through time and space and head to the nearest stockbroker. People always need to save and invest for their retirement, even in Bizarro World.

In this alternative reality, the order of the annual returns from 2008 to 2012 are reversed:

This time the big crash comes at the end of the five year sequence. Rather than at the start as it did in our reality.

Do the maths and you’ll see the Bizarro World market averaged the same 3.9% return.

Because returns are multiplicative, we end up with exactly the same £110.56 in Bizarro World as we got on Planet Earth.

That was true even though the sequence of returns was reversed.

We expected that. So far so good.

The complication comes if you are saving or taking money from your investment over the years.

Let’s say you add £20 at the end of each year to your portfolio.

The result in our reality on Planet Earth:

What about in the alternate reality, where the sequence of returns was reversed?

Here you got a different result:

As you can see, you’re left with a different sum. Falling through the trouser leg of time3 and investing in Bizarro World reduced your final total by around 10%.

Now I don’t know how much things cost on Bizarro World. But I’m sure anyone would rather have that extra spending money.

More seriously, this is exactly what happens in real-life to different investors with different saving and withdrawing schedules.

The sequence of returns varies over time. And so two regular savers with the same general strategy but investing over different periods will see different sums accumulated by the end.

Even if they enjoyed the same average annual return.

People who retired in the mid-1990s as the stock market soared were laughing.

People who retired in 2001 in the midst of a severe market decline?

The science bit: As well as the multiplication, we now have addition in our sums. So the order now matters.

As I mentioned – and more scarily – all this is equally true when you’re withdrawing money as when you’re saving.

I say ‘more scarily’ because there’s not much you can do about it once you’ve stopped earning.

At least if you see a bear market while you’re accumulating money, you can try to find more cash to invest before you retire. You might even enjoy a market rebound on that extra cash you put in.

Once you’re retired though, you’ve no new money. So maybe you’ll have to spend less and cancel your subscription to Caravan Monthly.

For the sake of this example let’s say you put it all in the stock market.

In the table that follows the third column shows how £100,000 would fare if you kept all your money invested. The fourth column shows the impact of withdrawing £4,000 at the end of each year:

No great surprise. Taking £4,000 out a year reduces how much money you’re left with, compared to keeping it all invested.

But let’s now turn our telescope to Bizarro World. How does the alternative sequence of returns play out with the same £4,000 withdrawal rate?

However in Bizarro World with £4,000 per year withdrawals, its sequence of returns proves more favourable for the retiree.

Interestingly, the result for the retiree on Bizarro World is the opposite of what we saw with its regular savers. Savers did worse there over the same five-year period than we did.

But let’s not get hung up on these specific numbers.

The point is that sequence of returns makes a difference to how your retirement plays out. But we cannot know what returns we’ll get in advance.

Which makes it an especially thorny problem.

Can you do anything to sidestep the sequence of returns risk?

Not a lot. Its impact is mainly down to luck.

You might try to guess if various markets are cheap or expensive. You could try to shift your investments accordingly.

But many people – probably most – will do worse using such active strategies than if they had just saved and rebalanced automatically.

I think the main response to sequence of returns risk should be:

All investing involves risk. But by diversifying your portfolio and playing a bit safer, you can reduce the role of luck, and increase the odds of your plan working out.

Next week we’ll consider what to do if you think sequence of returns risks is about to savage your retirement. Subscribe to make sure you see it!

Previous post: Weekend reading: Everybody is talking about inflation