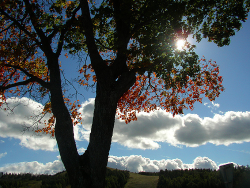 Most times in life, it pays to think long term. There are a few exceptions:

That’s about it for times when short term thinking should overwhelm long term goals. If you’re not about to kiss, party, be hit or hit New York, look to the far horizon.

Long-term thinking is especially important if you’re planning to escape the rat race. This famous scramble is aptly-named in honour of experiments in which the hapless rodents pull levers for sweets and run nowhere in wheels to avoid electric shocks.

I doubt the rats think for more than two seconds beyond their next tasty treat or miserable let down. What an apt metaphor for today’s wage slaves and Saturday morning consumer warriors.

If only the rats got together, thought about it, and pooled their resources to break the code or form a little rat pyramid enabling one of them to vault to freedom! Alas, they go on eating bad food and getting shocked, stumbling from second to second.

We can do better than the rats, surely.

How long is long term?

Obviously you’d don’t want to do this to excess and become a tightwad. Cooking baked beans on a bonfire of free newspapers while checking your portfolio on an ancient laptop powered by coal and dreaming of 2042 when you’ll finally crack open your piggy bank – that’s taking things too far.

But a lot of short term thinking is actually driven by a desire to placate unhelpful emotions like boredom, envy or impatience.

We buy expensive things we don’t need to try to plug a hole that isn’t thing-shaped at all.

Living in the moment, savoring the here and now, can bring the smallest and simplest pleasures to life:

Easier said then done (that’s pretty much Zen Buddhism in a nutshell) but more likely to bring you satisfaction than an attic full of useless clutter that you don’t need, bought with money you could have instead put towards replacing your salary and being truly, eventually, free.

Finally, here’s my favourite Greek Proverb about thinking for the long term. Once you hear it, it never quite leaves your head (but unlike Britney Spears that’s in a good way):

“A society grows great when old men plant trees whose shade they know they shall never sit in.”

Next post: How Property Income Distributions (PIDs) are taxed