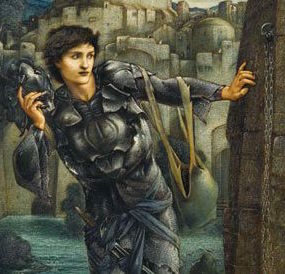 A few Mondays ago I was enjoying drinks at a friend’s book launch in Bloomsbury.

A friend who published a book! Drinks on a Monday!

You can see where the title of this article came from, right?

Actually I’ve more to say on that, but first let’s set the scene.

The people I knew at the book launch were old friends or acquaintances. In many cases they knew me best 20 years ago.

The talk turned, as it always does, to what we’re all doing now. There were no huge revelations this time – no journalists turned landscape gardeners, or women turned men – but my obsession with investing came up, and it provoked 15 minutes of light banter.

“What the 20-year old you would think of you now,” sighed one old friend. “The bohemian who became a banker…”

I protested, but people were more interested in fun than the facts.

And who can blame them?

The table was big and round, there were candles, and for a moment it felt a little like we were drinking on a school night in Les Deux Maggots or at the Algonquin Hotel.

When I made most of these friends, I was a student with hair down to my shoulders, working my way through Marx, Chomsky, and Robert Nozick’s Anarchy, State and Utopia

That memory was what drove the bohemian/banker quip and the resultant comedy outrage.

Never mind that having long hair and being a bit of a lefty at 20 is about as unconventional as listening to Bob Marley and sticking Matisse posters up on your bedroom walls.

Even Dave ‘Call Me PM’ Cameron was a fan of The Smiths at Oxford.

No, as far as my friends are concerned, when I was young I was a free-spirited outsider, and now I’m a penny shuffling accountant to The Man.

Also, they were obviously kidding around.

On the other hand, I know how they see the world.

To generalize, if you believe everything in The Guardian, hate Thatcher, and work in the media, arts, or the public sector, you’re an authentic human being.

If not, you’ve got more work to do.

I think they’re wrong, but I don’t want to overdo my imminent defence.

Authorship of Monevator alone would probably grant me First Up Against The Wall status should Jeremy Corbyn turn out to be the new Lenin.

Still, I think my friends were exhibiting their usual tribal prejudices that have them living as consumers and exploiting all the fruits of capitalism, while moaning about social injustice on Facebook to make themselves feel like Nelson Mandela locked on Robben Island from the comfort of their cubicles1.

See my thoughts on Margaret Thatcher’s childish children for more on that.

Returning to the bohemian/banker debate, a definition from Google:

Bohemian
/bəʊˈhiːmɪən/
noun
1. a native or inhabitant of Bohemia.

2. a socially unconventional person, especially one who is involved in the arts.

“he is a real artist and a real bohemian”

Bohemianism is the practice of an unconventional lifestyle, often in the company of like-minded people, with few permanent ties, involving musical, artistic, or literary pursuits.

In this context, Bohemians may be wanderers, adventurers, or vagabonds.

I’ll immediately concede one thing – I am not a native of Bohemia.

But when it comes to the other traits, while I am no wandering minstrel sleeping in churches and living on bread exchanged for charcoal sketches, I think I’m at least as bohemian in spirit as my Monday night friends.

Why is this relevant to you?

Because I think it reveals how the quest for financial independence via knowing how money works and exploiting it to your advantage is hard for many people to grasp.

Instead they see money as evil (despite chasing it for 40 years in their careers), they cling to old stereotypes, and they plod along the status quo.

And that’s fine if it’s what they want to do.

However I do get frustrated when people pigeonhole investing as something for other people, when it could be the key to their own greater freedom.

For me, investing was first a means to an end.

when it comes to multiple obsessions – but that’s my problem.

We’ve shown many times how passive investing can yoke global capitalism to your cause with barely an hour’s effort a year, if you can get beyond Sixth Form thinking about good and bad.

I say again, my friends are not penniless iconoclasts who might be excused their position.

They are just normal middle class consumers who for some reason think knowing about the stock market means you must have secretly done time in the Bullingdon Club.

Let’s do a quick quiz to see how me and my stock market-shunning mates compare on the bohemian scale.

Involved in the arts: A win for my friends. A good two-thirds of those present that Monday work in creative pursuits – the author, of course, but also journalists, a film festival organizer, some publishing types, a musician, a couple of video game creators. Whilst I sort of make my money in the media and I’d argue Monevator is a creative pursuit, I’ll concede this one.

Unconventional lifestyle: Note I said my friends ‘work’ in the arts. Most if not all have traditional jobs. In contrast, I’ve worked in full-time employment for barely four of the past 20 years. The rest of the time it’s been a self-made mishmash of short and long-term projects and ad hoc freelancing, working out of my own home or a nearby cafe. Added to some other traits we’ll get to shortly, I win this one.

Few permanent ties: Nearly all those friends who find my interest in shares so mercantile and Conservative own their own homes. (Many have pensions that hold shares, too, but let’s set that aside). As I’ve written about before, in most cases their homes have doubled or tripled in value, giving them multiple six-figure windfalls that they choose not to see as real money because “you have to live somewhere”. This is nonsense, but in their eyes a 10% gain on my portfolio makes me a blood-sucking banker and a £500,00 gain on their two-bed flat makes them free spirits who happen to own a property. Anyway, I rent and I sometimes do move on a whim.

Nonconformist: Once we’d finished talking about how I’d metamorphosed into a member of the (un)landed gentry, we moved on to talking about foreign holidays, kitchen extensions, schools (yawn), the state of their various marriages, and how most need more money because they’re “skint”. In contrast I’ve never married, I’ve had several full-on two to five-year long relationships, I don’t want kids, I have friends 10-20 years younger than me, I’ve saved 30-50% of my income for decades instead of buying tat, and I live like a well-off PhD student.

Wanderers, adventurers, vagabonds: If all goes to plan, within the next few years I’ll achieve financial independence on the terms I’ve set myself. I don’t know exactly what I’ll do then (I don’t rule out a house in the suburbs and 2.4 kids because I’ve seen that happen often enough) but I’m presuming I’ll do about half as much paid work as today (I enjoy what I do), maybe try to write that novel, and possibly try both while roaming the world for a few years. In contrast, it is nailed-on my friends will still be working and paying off their mortgages; they have kids, often only one working spouse, and most have little in the way of non-pension savings to speak of.

Is interested in the stock market: I think being involved in the stock market through two bear markets and an anti-capitalist backlash makes you a free-spirited independent thinker – that’s pretty much my point with this piece. Not to mention the buccaneering spirit required to see your entire net worth lurch in a month. Still, I’ll not argue the toss. They can have this one.

By my reckoning, I’m nearly twice as bohemian as my friends, in terms of living an unconventional lifestyle that I’ve created for myself, and the potential freedom it offers.

I win! Mine’s a double absinthe and soda.

You might say who cares what my friends think, and I agree (although I’m only human, so I do care a bit).

Mainly I’m just having fun – and this is all half tongue-in-cheek.

On the other hand, I do think it points to the silliness of our age – that people working 9-5 for other people to pay their mortgages, spend nearly all their earnings on material goods and holidays, and who buckle up as middle age approaches to do another 30 years of the same thing feel on solid ground accusing someone who a visitor from space would have trouble distinguishing from a 1960s dropout of having sold out, just because he knows what a dividend is.

The truth is in this free-wheeling capitalist society of ours – the one these particular friends so despise, despite being up to their necks in it – you have options.

You can choose to try to live differently – you can choose to avoid taking on the Joneses car for car or handbag for handbag, to not have to fear you’ll be downsized or outsourced at 50, and to do more than just slave for decades so your heirs can do the same.

But if you want it, you have to go out and get it.

Finally, I realize bohemian is a loaded word.

Many of you probably can’t imagine anything worse than the sort of aging art student turned dinner party bore it brings to mind.

I’m just using it because my friend did (and, okay, because I have a soft spot for clever people who don’t show up at an office every day, and also for Czechs.)

The irony is the original Bloomsbury bohemians were pretty much aristocrats.

They could afford to run about baring their ankles, wearing trousers, and painting each other as drowned Greek nymphs because for most of them, a job was optional.

They hadn’t earned that freedom. They inherited the wealth to do as they pleased whilst living on 3% from the family estate.

Good for them – they still broke fresh ground – but as I always say when arguing for massive inheritance taxes, most of us are not so fortunate.

We have to create our own trust funds and pay for our chosen lifestyles ourselves.

And if you’re under 50 and trying to achieve that without using the stock market, then you’re not a bohemian – you’re just boneheaded.

Next post: Weekend reading: Donald Trump is not a Boglehead