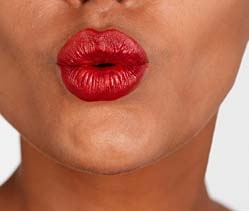 Members of my family would sooner discuss genital warts than my income or investments.

And to be honest, like most Brits I find something admirable in this.

Talking about money all day gets dull and weaselly. Swapping business ideas or debating undervalued stocks over a few beers is my idea of fun, but even I don’t ask my friend if he can really afford the next round of drinks.

Tell people you dream of owning a Ferrari dealership in every city and you’re a potential Richard Branson. Say you want to buy a Ferrari out of your spare change, and you’re an evil, money-grabbing maniac, who’s no better than an… American!1

Yet in truth there’s a huge price we British pay for our national reticence about money – whether you’re at the bottom of the ladder struggling with debt, or further up and ready to take your wealth to the next level.

Talking about money can save your life

For too many spouses, the first time they hear about their partner’s mounting debts is when they become so big they threaten to bankrupt the family.

How can a partnership as supposedly intimate as marriage be oblivious to such a secret? It’s because our reluctance to discuss money means the problem grows hidden rather than being aired and hopefully solved.

Ironically, the conversation that follows a full revelation can bring a drifting couple back together. The other party sees that the unspoken money issues had created the distance between them; it wasn’t a lack of love but a fear of debt that was driving them apart.

How silly! What a worthless thing money is compared to love! What a ridiculous thing to split up a marriage!

What a worthless thing money is compared to love.

Money is just a tool. It’s a vital tool, certainly, and Monevator is about handling it expertly, so that it works for you rather than against you.

But money is just a means to an end.

Wealth is a way to enjoy a richer life. In contrast, a life rich in money but nothing else is poorer than that of a developing world farmer surrounded by laughing friends and family, provided he has access to decent food, health, and water. Just ask anyone who’s traveled widely.

We should speak about money when it threatens to overwhelm us. We should share our dreads, take the sting out of money, and figure out how to overcome cashflow problems as if they were no more emotionally-charged than mending a fence or choosing a restaurant.

Easier said then done, but that should be our aim.

You can talk yourself rich

I said an aversion to discussing money could also harm the wealthy.

This works in two ways.

Firstly, if you avoid sharing your ambitions about money, your brain could well interpret money as something to be ashamed of, and you’re unlikely to commit wholeheartedly to becoming rich.

Rock stars, great athletes, models – few were shy about revealing their ambitions before they achieved them. Saying they’d get there over and over helped them believe it, and they needed that belief to make it.

It’s often the same with the self-made rich, whether they’re famous entrepreneurs, or more modest Millionaires Next Door

The rich may buy fancy watches

and take holidays in the Virgin Islands, but as a rule they didn’t become wealthy by spending all their spare income on hedonism.

Such ostentatious outgoings are typically just a fraction of their overall wealth. Most money goes back into their businesses and investments, or else into unseen assets like property, art, furniture and their children.

In contrast, middle-class families can fall into a spending cycle that sees them seesawing in and out of the red. Yet should anyone close to them get qualms about their spending, the fear of discussing money – the knowledge that even bringing it up will cause an emotional row – holds their tongue.

Who knows? Your partner may be thinking exactly the same thing as you, but is equally afraid to say it.

You may both be longing for a more stable, less Keeping Up with the Jones’ driven lifestyle, but instead you could struggle with your finances into your old age out of fear of a conversation.

Don’t be afraid of talking about money, if you want to have any.

I’m not saying you need to grab your postman or your kids’ schoolteachers and tear their ear off about the joys of compound interest.

But among the significant people in your life – immediate family, key friends on the same ‘money wavelength’, and perhaps even your boss or certain work colleagues – money should be no more a taboo subject than sports or politics.

Don’t push it. Not everyone is on the same path as you, and it’s hard enough to change your own thinking, let alone your friends’ attitude towards money.

If you’re in a relationship then I think you need to be able to talk about money sensibly and straightforwardly with your partner. For me, that’s non-negotiable if I’m to avoid problems further down the line.

Friends and especially colleagues are another matter, and you need to be sensitive here.

Try bringing up the subject a few times, one-to-one with a trusted friend. Mention investing in one conversation, your hopes for your retirement income another. Maybe try bringing up debt, in as neutral a manner as possible, and see what they say.

Ideally, your friend will pick up the baton and you’ll have a new ally in your quest to become good with money. You can swap ideas, gee each other along when times are tough, and enjoy each others’ success.

However if your friend is resistant, don’t push it if you value your friendship.

There’s much more to life than money, and friends for all sorts of roles. You have to accept this friend isn’t going to be on your team when it comes to financial matters. If he or she starts ranting about the ‘lucky rich’ or bemoaning a lousy salary and generally being negative, tune it out and think about your share portfolio.

Your friend will soon take the hint and assume you’re another of the millions who doesn’t like to talk about money. The conversation will turn to football or gossip about some starlet. No harm done.

One final point – when you’re comfortable talking about money, I believe you’ll encounter more opportunities to make it.

If you can talk about money without judging the other person or getting emotional, successful people will be more than happy to chat to you about it. You’ll discover new business opportunities, new perspectives on investment, and you’ll become accustomed to living in a world where money is seen as a positive thing, rather than a problem or dread secret.

Ultimately, talking about money is like kissing. Don’t overdo it, and don’t shove it down other people’s throats, but enjoy it when you get the chance. And never be ashamed of it if you’re doing it properly.