The unseen assets on your balance sheet 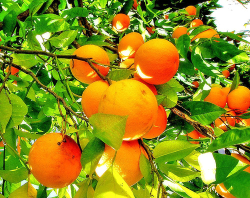 A friend of mine sometimes speculates about the size of the ‘Monevator Hoard’, as he almost calls it.

Over the years he’s noted I like to save a lot, and also my interest in the stock market. Putting two and two together, he gets millions.

I avoid talking about money and my portfolio in everyday life. Partly it’s because I’m a very private person, blogging notwithstanding.

It’s also because I live in London, one of the most moneyed cities in the world, where there’s thousands of wealthy folk who make any normal person’s savings look like loose change. (£500,000 bonus, anyone?)

But my friend does the same sort of work as me, and is roughly the same age – he wouldn’t expect me to have £5 million and my own man at Coutts.

I’m certain from what he’s implied though that he’d think the cash value of my investments very large, were I to tell him. He’d likely see me (maybe he already does see me) as a wealthy miser who should spend his mundanely-gotten gains on wine, women, and song – or at least the next round.

That assessment of our relative wealth would differ markedly from mine.

Firstly, my friend doesn’t appreciate how I want to use my portfolio to replace my income from work. Only if I achieve this will I consider myself financially free. This is a personal goal, and I’m nowhere near achieving it, but it does mean the Chardonnay quaffing chorus girls are on hold.

More pertinently, my friend has a nice house in the Home Counties that he bought in the 1980s for about the price of a mid-range sports car today.

It’s now worth at least five sports cars. In contrast, I rent.

My friend suffers from the common delusion that his house is not a financial asset, and therefore its value does not represent ‘real money’, only ‘paper money’.

One day I’ll do a whole post on how wrong this is; suffice to say he could sell his house tomorrow (tax free), rent, and have a large lump sum to invest for himself.

It got me thinking about what other assets people have that they might not appreciate, but which could factor into their personal net worth?

If you have a property that is bigger than the outstanding mortgage, the difference is an asset. Period, as our US cousins say. Yes you’d have to rent if you sold. So what? That doesn’t negate the house’s value. I find it almost impossible to articulate how ludicrous I find any other position.

A different friend of mine (I’m a popular guy!) has less than three month’s emergency savings, but he has been putting money into a public sector pension scheme for 15 years. He’d think I’m much wealthier than him, but I have no formal pension. He has a valuable financial asset, albeit an unattractively restrictive one.

I don’t have any of these, but older people often do. Endowment policies are frequently derided due to their poor performance, but whatever they’re worth it’s more than something – and that’s an asset. Ask your provider what the surrender value is and use that as the worst case value. Life insurance (whether part of an endowment policy or separate) is a bit of a mixed blessing. It’s more helpful if someone else has it in your name! If you have no dependents, spend your money on sweets instead.

Most of what most people buy is approximately worthless in the medium term. Some things are worth owning though, such as works of art, classic jewellery, and antique furniture. If you’ve a collection of stamps or old teddy bears, you’ll already have an idea of what it’s worth. Your collection is an asset, even if you have no plans to sell.

What about your gadgets? Your new kitchen? What about cars (unless vintage), clothes, watches, paperbacks, furniture (unless antique or iconic) and so on? At best they’re rapidly depreciating assets, and at worst they’re consumables. They’re also hugely illiquid – selling something on eBay is a time sink. Add a value to your balance sheet if you like, but at a realistic re-sale price, and a 20% markdown. Avoid buying costly tat where possible – either eat your dinner off a table that will hold its value, or buy a cheap one at IKEA.

Difficult, this one, even leaving aside the morality of getting or hoping for a large inheritance. I think it’s an asset in the same way that an oil explorer is allowed to book oil it believes it owns and expects to pump but that is still in the ground. If I was 90% likely to inherit a large sum of money, it would definitely alter what I do with my money now. It’s true the inheritance might be smaller or later than expected, but we always have to work to probabilities.

As blogger Fabulously Broke pointed out yesterday, it seems fantastical that a woman who got divorced 25 years ago and signed a paper waiving all rights could go back to her former husband to win a $1,600 a month. But it just happened. (One day I may need to modify this to include ‘/wife’. Not yet, however – it’s still overwhelmingly men who payout).

If you and your betrothed do stay together, the marriage may make you richer – if you’re a man. Married men earn 20% more than single men in similar professions. Interestingly, married women earn 4% less than their single sisters, even accounting for kids. Bisexuals do best – but that’s a bit of an extreme lifestyle change, even for me.

Children can enrich your life in many ways, but since slavery was abolished their cash value has been curtailed – economically-speaking, they’re cost centres. As adults, they’re worth having though, albeit a bit of a lottery. You’ll never get more than fraction of your investment back but your sunk cost will deliver some (inconsistent) returns – occasional labour and transport, instruction in the ways of the modern world, updates on how your generation ruined the planet, and maybe even grandchildren.

This is literally priceless. I’ve had flu for the past week or so (hence the lack of updates) and it derailed my work regime and cost me in earnings. But that’s as nothing compared to a serious physical impairment, irrespective of whether it requires expensive treatment. If you’re healthy and free of debt, you can’t call yourself poor in my book.

What have I forgotten? Let me know in the comments below.