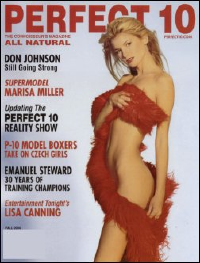 Over on the far right of the bell curve are women with perfect curves and uniquely beautiful faces.

This was the founding premise of Perfect 10, a magazine focused on the most attractive females around.

Perfect 10s are rare. According to the standards of glamour photography – entirely aesthetic and youth-obsessed – almost no women are Perfect 10s.

I’d even question whether the Perfect 10 dream is all that?

This isn’t the place to judge the morality of objectifying female beauty (for the record, I think it is objectify-able, but I’m completely clear about the consequences that women have to live with).

Rather, I’d suggest that even if most Perfect 10 readers could snag themselves one of these rare creatures, they’d find living with her a trial.

From experience (cough cough) I can confirm that dating a very beautiful young woman entails a weird combination of fending off endless advances, while dealing with her often chronic insecurity.

There’s more to life – and to women – than that.

Here are some other Perfect 10 fantasies that flounder on mathematical reality:

You can easily spend your teens and 20s pursuing such improbable goals. But as my father used to quote, “Don’t let the enemy of the good be the best”.

It’s great for society – vital – that some people won’t settle for anything less than their dreams. Maybe it’s even best to follow your heart where it takes you, if you truly must.

But for most of us, it’s statistically clear the dream will end in failure.

What about Warren Buffett?

If I told you to dump your girlfriend or wife because she’s not Perfect 10 material, you’d laugh in my face.

If I told you to ditch your boyfriend or husband because he couldn’t bench press a Fiat 500 or pass for Ryan Gosling if you squint hard, you’d snicker.

Yet instead of following the market via an index tracker, most investors do the equivalent when investing.

Instead of accepting realistic returns from a tracker, we pick stocks or buy funds because we dream we’ll either be the next Warren Buffett or else we’ll find his successor.

This is largely a fantasy. Statistics have repeatedly shown most stock pickers don’t beat the market over a period of years, whether they’re amateurs or professionals.

Finding the next Buffett

Even less likely. Most funds fail to beat the market.

Also remember Warren was basically running a friends and family hedge fund when he set out. Your chances of turning $1,000 into nearly $3 million over 43 years by backing the next Warren Buffett are approximately zero.

Over shorter time periods, the chances of picking a manager who beats the market are still less than 5%, even before costs, as this 2008 letter to the FT (found via The Munro Fund) demonstrates:

So the overall chance of me achieving a return consistently above the FTSE All-Share during the whole period by picking “successful” active fund managers from this pool?

As I mentioned the other day in my article about bear market rally chartists, academics have again failed to find one single technical signal that consistently leads to profitable results in developed markets.

If you’re a morally dubious male, you might marry a Credible 7, then try to seduce 10s on the side.

Or maybe you’ll stay single and ‘unsullied’ by a less-than-perfect partner, and instead get older looking to pick up beauties who will only get older, too.

Neither approach seems particularly sustainable to me, but this isn’t the writing for that.

Rather, I’d like to stress that when investing we have better choices.

The second option is something like my own strategy.

I usually avoid funds, which are nearly always crippled by costs, but I can’t resist dreaming I might beat the market with my stock picks, any more than I can avoid sneaking a peek at some lissome beauty in the street.

Most of my long-term money though is in tracker funds and ETFs, where I know what I’m getting. For most people, ‘all’ would be the most appropriate allocation.

The world of chasing endless beauty queens in the absence of all other kinds of women or relationships isn’t for me.

And nor can I recommend Perfect 10 investing.

Postscript: Perfect 10 magazine is no longer on the shelves – though it lives on in the Perfect 10 website. I guess the reality of paper publishing in the Internet era caught up. Will reality catch up with Perfect 10 investors? Don’t hold your breath. I notice the website mentions a dating service touting potential dinner with a Perfect 10 model. Men are wired to believe they’re above average.

Next post: The unseen assets on your balance sheet