How I trick myself into achieving financial independence 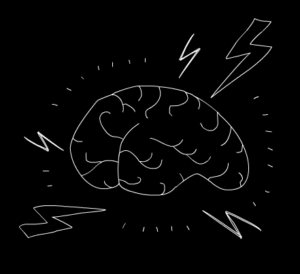 Achieving a big financial goal is hard. Paying off the mortgage, securing financial independence, retiring early – or at all…

When a plan demands discipline over a decade or more, how do you stop yourself going off the rails?

Doing it on auto-pilot is one way: you resign yourself to a multi-decade slog that becomes its own analgesic.

But even then, you’re throwing everything at it and have precious little to show for your sacrifices. No fit bod to parade on the beach. No medals. Nothing to post on Instagram.

How can you make your progress tangible enough to stop your goal going the way of so many diets, exercise regimes, and plans to change the world?

My answer is to lash myself to the mast with a sailor’s knot of mind-tricks:

Here’s some tips on using these tricks to get over the hump.

Split and lap times help athletes to pace themselves and measure their progress.

It’s the same for us.

You’re likely to gain a bigger psychological boost from lap times when you start out – your initial progress can seem dazzling if you’ve not saved or invested before.

As for splits, to make these effective at the beginning you should measure your progress from your start point and not your end point.

“I’ve socked away more money than I’ve ever saved before in my life,” works much better than “I’ve saved 5% towards my overall goal,” while “Wow, we’ve doubled our stash in our second year,” is much more life-affirming than “We’ve still got 90% of the way to go.”

The higher your savings rate and the more you invest, the more likely it is you’ll be able to rocket out of the gate and clear the hurdles when momentum slows.

Try flipping your view between percentages and figures. I was thrilled to accumulate my first four-figure sum. Later, you’ll earn a high five when you hit five-figures. Then, somehow, a five-figure portfolio becomes routine… until six-figures is around the corner. Did you ever think you’d see the day? I thought only debts came in six-figures.

Later you’ll only rub your eyes when your number is reporting mid-six figures. And then high six-, and then…

Use the halfway line as your initial lure. Everything speeds up once you’re past halfway. You’re on the downhill section and the grind turns into your countdown towards the finish.

Around that point it’s better to measure your progress against what’s left to do.

Halfway becomes one-third, melts into 25% then only 10% to go. Switch between percentages, fractions, and figures. Or picture the remainder as a pie, a mountain path, an escape tunnel reaching the surface… whatever doses you with dopamine.

Every year of a 10-year plan theoretically contributes 10% to the total – but your fourth year from the finish could knock 25% off your number, the next year could be worth 33%.

Granted, investment returns will also push you back and propel you forward.

But I’m talking about visualising the journey here, not the precise outcome. That’s subject to events beyond our control.

I set my checkpoints close enough together to give me a regular shot in the arm, but far enough apart that I don’t numb myself to the rate of progress.

The higher your savings rate and the less susceptible you are to desensitisation, the more checkpoints you can have.

I look at how much I’ve put away every April, August, and December. Note I’m only looking at savings here, not my total stash. The market has often knocked me back over these short three-month periods, so I try not to look at my overall portfolio value.

Early on, your savings rate is likely to swamp any market noise. Later, you’ll have to rationalise the downturns by consoling yourself with buying on the cheap self-talk.

Why don’t I check my portfolio quarterly, like I do with our Slow & Steady model portfolio?

Because it’s less hassle to do it tri-annually, the progress bar is fuller, and I get enough quarterly BS in my day job.

I have a second row of carrots that I nibble on a six-monthly basis – in May and November.

That’s when I compare our net worth (including our portfolio’s total value) to the same point 12-months previously.

These checkpoints anchor to the anniversary on which we first started down this road.

The point of checkpoints

The two row system works for me because each tunes into a different wavelength.

The triannual check provides a steady beat. Meanwhile our savings rate is high enough that we nearly always register some progress against the same position a year ago. (Although admittedly it helps that we’ve been investing through a raging bull market.)

What’s more, the two rows of carrots give me five data-points that tickle the brain in different ways. I even maintain mental Chinese walls between them by logging the numbers on separate spreadsheets.

You can view your progress through a third lens by stretching your scale across the years.

This one – like so many of my best ideas – I got from Stalin.

Anything beyond three years seems like forever to me. But the potential for transformation within that timeline is almost magical to my mind. When Mrs Accumulator and I are running on empty, we compare our progress against where we were three years ago. The difference is always astonishing, and the sacrifice feels worth it.

We tell ourselves we can review things again in three years. Maybe we’ll make different choices if it’s not working?

Three years later, it’s always working. (I know, I know – past results are no guarantee of future performance.)

My system might not be right for you. So invent your own checkpoints – as many as needed to reliably shoot a positive jolt through your brain circuitry. Balance your need for pep talks to get you through the funk against your need to see meaningful progress.

(If you’re checking weekly or six times daily then you have a problem!)

Your efforts create your progress, but you can be creative about what progress looks like. While my final destination is complete financial independence, it helps to celebrate the smaller milestones along the way.

For example, you could take comfort from achieving any of the following:

Allow your ego to take a bow – as long as it doesn’t endanger the overall mission – and bask for a moment in how much you’ve achieved, even though there is still some way to go.

Redefine what you need to achieve

Keep learning, and you may become happier about living off a smaller amount.

Perhaps you started out thinking you needed a million, or that you wanted to live off your dividends.

But later you might learn enough about sustainable withdrawal rate (SWR) strategies to be comfortable with a different balance of risk.

Maybe you decide a higher SWR is appropriate for your situation. Or maybe you’ll come to model the State Pension as part of future cashflows, rather than dismissing it as an abstract concept that won’t ever figure in your life.

Perhaps you’ll learn how to live on less, or finesse your understanding of the tax system or annuities, or you’ll downgrade your desire to leave an inheritance?

Pulling on such levers can change the game.

I’ve let a few people into my inner FI circle – not to mention the Monevator readership.

I don’t want to let myself down in front of the people I’ve told.

Nobody else, bar Mrs Accumulator, has any skin in our game. They wouldn’t care if I failed. But their knowledge of the plan makes failure less palatable to me.

Pride, eh? Not normally a virtue but you can make it work for you.

Writing your own story

You against the world. You against ‘the man’. You fighting for freedom, for change, for a better future.

Inching towards a number on a spreadsheet probably won’t sustain you for long. But setting your struggle within a meaningful narrative is the backdrop to all human endeavours, even mine.

Make sense of your pain by telling yourself why you’re doing it:

Perhaps this sounds flippant but I really believe it. Do it right and the road to financial independence can catapult you up Maslow’s heirachy.

Financial independence isn’t the end of all your troubles obviously. It doesn’t solve anything for some, but others have flourished.

Every now and then, maybe once a year, Mrs Accumulator and I will talk about our hopes for our financially independent future.

We’re much older in that world – much older than we ever pictured. But it’s a happy place, and for a few moments we can draw some energy from that future timeline to power our present day. Optimism is human fuel.