Why I don’t use the FIRE acronym for financial freedom 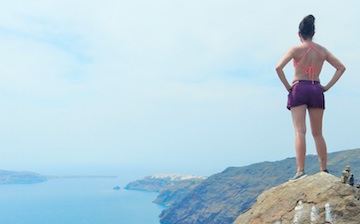 I don’t remember anyone talking about FIRE when I started Monevator in 2007.

Of course there were personal finance writers, and books and blogs about growing your pension or leaving the rat race.

But FIRE wasn’t a word. Or rather it wasn’t something you wanted to jump into:

At some point though, I looked up from counting my pennies and heard the youngsters using FIRE in a new context.

Rather than something you’d shout in a cinema in a parable about crowds and exits, FIRE now meant:

Some even named their blogs after it: FIRE v London and The FIREStarter.

As acronyms go, we could do worse. FIRE has connotations of danger and emergency, which is how some people see their working life (or their bank balance).

But for me yoking the concept of financial independence together with retiring early is not ideal. I just don’t see them as uniquely wedded at the hip.

Also, I suspect it causes confusion about goals, and even cultivates outrage from those dreaded ‘retirement police’ who get angry if a FIRE-ee earns a few bob on the side.

Not working is just one more option that comes with being financially free – such as taking three months out to learn Japanese or going for ice cream in the park on a Monday or telling your boss thanks but no thanks, or seeking a new career in a different industry.

We might have acronyms for these other options, too:

I could go on, and so could you because financial independence gives you more freedom to do what you want to do, not what an acronym implies you should.

You can go your own way

My beef with the FIRE terminology isn’t mere pedantry. I suspect it encourages tunnel thinking, perhaps to some users’ own detriment.

I often read blogs and comments from people saying they can’t stand their work at the office, for instance. They must escape it at all costs!

But actually, the cost as they see it is working 10-15 years or more in a job they hate, saving 60% of their salary, and becoming D.I.Y. Buddhists in order to be happy on the leftovers.

Perhaps that’s fine for you. I’m no big spender and I think many of the best things enjoyed by billionaires are within our reach, too.

But I do wonder if there’s not be a better solution than both being in the rat race and actively hating it for two decades?

A new career? Or a different way of working?

Similarly, I read articles by early retirees that urge others to do it – because, they argue, working at a modern office is soul-destroying.

I feel that way, too. But as I’ve written many times, you don’t have to give up work to avoid the office.

You do have to take risks in working for yourself. But if you’re self-motivated and vaguely smart you can probably get the same income with many of the benefits you’d seek in being retired early.

Your time is far more under your own control, for instance, you can create a work environment that’s right for you, you can go to the cinema when it’s empty, and you can spend your days in your underwear if that’s your thing (though probably best to skip the cinema).

Early retirement can bring its own problems, so it’s worth questioning whether it’s really the best solution to your current ones.

Then there are the people who love their jobs and even the office, but who are encouraged, perhaps subconsciously, to think they shouldn’t by the term FIRE – as well as by its camp followers.

Happy workers may want financial freedom for its own intrinsic rewards. But they find themselves on websites frequented by a subset of readers who harangue them and say they’re actually 9-5 Stepford Wives who are deluding themselves by thinking they enjoy work.

Finally, plenty of people who retire early do so because they’re ill or incapacitated, or because they were fired the old-fashioned way. Living on benefits isn’t what whoever coined the term FIRE had in mind.

I’m not disparaging early retirement as a goal, if it’s what you want. I can see the appeal!

I’m just saying it’s but one of many things you could aim for – yet it’s embedded in the FIRE mentality.

This all came to a head when UK personal finance blogger and friend of the Monevator website Retirement Investing Today (RIT) declared that he was going to spend that dreaded extra year at work.

This despite RIT having already hit his purported freedom number a year ago, and now being well over target.

“Foul!” cried his critics. “We want our metaphorical money back!”

I can see both sides.

The ‘one more year’ problem is well-known. My father kept adding years to his tally – despite being fed-up and ready to go – in pursuit of extra security. In the end he was only healthy in retirement for a couple of years, and dead in much less than a decade.

RIT also said very publicly he was aiming to retire after hitting his magic number. This probably made him more accountable, and may have aided his motivation. So I can see why some may feel letdown by their hero.

It’s true too that there will always be reasons to delay – that’s why One More Year is a thing. RIT points to Brexit uncertainty, and I don’t blame him. But perhaps next year there will be a stock market crash or a run on the pound? And Brexit won’t be done with, anyway.

Set against that there’s this (lightly edited) response from RIT in the comments:

For me the bit I missed was the difference FI would make to my/family emotions/well-being.

Like a project I naively thought I’d make it to the FI line physically exhausted/relieved/etc and then chase RE (a new project) to decompress.

What I didn’t bank on was the euphoria that came from FI meaning I have a spring in my step making the next step not so much of a rush.

RIT goes on to explain how with financial independence achieved, work is more relaxed. He feels able to ignore emails out of hours, to delegate to his team, and so on.

I believe RIT has discovered that the Sword of Damocles hanging over your neck as an employee isn’t very threatening if it’s in a museum, and only over your neck because you’re taking a selfie.

FIRE in the whole

RIT says he’ll still be retiring in a year. I’ve no reason to doubt that or to wish him anything other than good luck.

Similarly, if the FIRE acronym describes your plans then by all means use it.

But let’s remember there are dozens of permutations of financial freedom. If you’ve clocked into an office every day and never thought about them, then in your desperation you might not know what you’re missing.

I’m pretty much financially independent these days, by my own terms. I once wanted to retire early. But I tried doing no work and discovered it wasn’t for me – or at least not yet.

My expectation now is I’ll earn at least some money for the next 30 years. I won’t state I’ve retired early and then find myself explaining why continuing to work is not the contradiction it clearly is. Rather, if the subject comes up I’ll focus on the financial independence part.

Financial independence doesn’t solve all life’s problems – I’ve been stuck in a motivational rut for a year, for example – but it does make it easier to take a bird’s eye view of them.

Financial independence ultimately means the freedom to potentially do more of what you want to do – and to change your mind. When you get there you’ll probably find it’s intoxicating, at least for a while.

So good luck with your own journey to FIRE, FIDO, FIBS, or FIEF… or wherever else you’re headed!