FIRE update: nine months in – the onset of winter 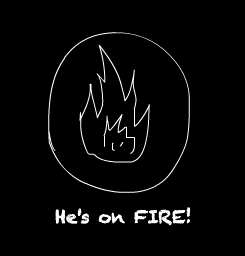 Before FIRE (Financial Independence Retire Early), my bleakest time of year was always the first day back to work in January.

The real magic of Christmas is that we collectively agree to suspend reality for a precious few days. It’s as if we’ve been gifted an enchanted remote control that pauses the world.

Then some fool unfreezes it again and we’re back to business as usual.

As work problems piled up faster than party invites in Bojo’s inbox, my answer was to immediately book another holiday.

Must. Have. Something. To look forward to.

Post-FIRE, there’s no cold bucket of reality to the face.

It’s midwinter and the short days still seem to close early like a sleepy village shop.

But if simple pleasures are the secret to a good life, then FIRE lets you order a constant supply.

My first day back after Christmas this year was spent having a Mr Money Mustache-style new skills adventure.

Not to overshare, but the toilet packed up.

And if the last year has taught me anything about Brexit Britain, it’s that I can’t get a plumber when I need one. They forgot to mention that one on the bus.

But what a chance to fully embrace the FIRE lifestyle! Exchanging pointless blah-blah meetings for the free-time to learn new tricks instead.

Isn’t that what it’s all about?

Okay, so I’m not rigging up a solar still or travel-hacking my way around Asia.

But c’mon! You gotta take it where you can get it.

At this point, I must confess that I’m not a DIY enthusiast. My opening gambit was to google: “How does a toilet work?”

I was starting from a low-skill base. But a mere five hours later I’d uncovered a torn diaphragm in my Fluidmaster Pro Bottom-Entry Fill Valve.

As painful as that sounds, I fixed it with 97p worth of new seal. The master toilet was back in business!

High-fives were declined by Mrs Accumulator until I’d been hosed down in the garden.

Alright, it wasn’t that bad but I’ll still spare you the harrowing mobile footage documenting the gruesome detail.

Instead, as an ex-knowledge worker, I got to feel semi-useful for a change.

I’ve heard of the happiness U-bend but maybe this is taking it too literally?

So FIRE isn’t all all-glamour and chasing cows, huh? Seems not. But at least it wasn’t another bog-standard day at the office.

I no more want to fix toilets for a living than I wanted to mop up torrents of BS in my old profession.

With time on your side, most problems dissolve away.

Even a slow day can be filled with fun in disguise.

Making a home. Playful verbal jousting with Mrs TA. Discovering an unexpected talent for following YouTube videos then claiming all the credit.

Previous post: How to spot a bear market bottom