Will we or won’t we? Go back the office that is. Although I say ‘we’ to give the vibe that we’re all in this together. But rather like a backyard reveler in Downing Street during a pandemic, I walk to my own beat.

More than 20 years ago I discovered I could mostly do my job from home, and more efficiently too.

“Sod the office!” quoth I. “And be damned with the commute.”

Perhaps I capped my (traditional) career prospects, but I never looked back in terms of quality of life. Working from home was like playing the game on easy mode. More time, fewer distractions, chores done incidentally during screen breaks, and always in for deliveries.

Most of you also now know that drill now.

Indeed, one good thing about lockdowns – bar the parties, natch – has been the world discovering how practical it is for more people to live this way.

Well, I say ‘good thing’ to again hit an inclusive note – but for me it’s been a step backwards.

More people in Waitrose at lunchtime. Everyone wanting to Zoom instead of just leaving you to get on with it. Double-digit house price growth in my fantasy rural retreats. The world has changed.

For many workers all this freedom is a revelation.

Bloomberg reports this week that 55% say they will quit if forced to return to the office.

No wonder we’ve all asked how long it will last.

US cheapo broker Robinhood is just the latest firm to offer most of its staff permanent work from home, saying:

Our teams have done amazing work and built a strong workplace community during these uncertain and challenging times, and we’re excited to continue to offer them the flexibility they’ve asked for by staying primarily remote.

Facebook and Twitter are two other big tech firms that have pledged to enable staff to keep working from home.

But Google has just taken a step in the other direction. While stressing it was forging a hybrid model rather than enforcing office labour, it nevertheless just plunked down $1 billion in additional commitments to its UK offices.

Google plans to refit the building so it is adapted for in-person teamwork and has meeting rooms for hybrid working, as well as creating more space for individuals.

Google says it will eventually have the capacity for 10,000 workers at its UK sites, including the one being developed in London’s King’s Cross.

Rishi Sunak, UK chancellor, even put his name to a quote that celebrated the move as a commitment to the UK tech sector.

On that political note though, I did wonder as I watched Google executives do the interview rounds whether this was in part a PR move?

The company was rolling out huge office buildings around King’s Cross before the pandemic. It was already pretty all-in.

Why not give the UK government something to cheer about ahead of the next furore over corporate taxes or some dodgy militants on YouTube?

A $1 billion is a lot to spend on PR though. Clearly Google is serious about its 6,400 UK workers having at least a foot in office life.

However this vision couldn’t stop Google postponing its global return to work plans last month, as the Omicron wave hit.

Many others have done the same. And of course in December it became official UK government guidance again to work from home if you could.

Those who believe the traditional office’s days are numbered think these delays have put the final coffin in things returning to how they were.

Nicholas Bloom, professor of economics at Stanford University, told the BBC that any hard return-to-office dates are dead:

“Endless waves of Covid have led most CEOs to give up, and instead set up contingent policies: if, when and how to return to the office.”

Bloom believes that at the least the future will be hybrid now.

I see pros and cons. For example I chose to go into a client’s office a couple of times a week for a few years, which also gave me a bit of social contact. But it also meant I couldn’t exactly leave London for the Orkney Islands.

Perhaps that’s why the populations of UK cities have held up better than some predicted during the so-called ‘dash for space’.

A scattered workforce can make the office seem a bit of a nostalgic throwback, like wearing bowler hats to work.

As one worker told the BBC:

“I won’t come in regularly until there is a critical mass of people here.

There’s no point in leaving the house if I end up doing video calls anyway.”

The bottom line is I still don’t think we know what will happen next.

This week veteran commentator Barry Ritholz pointed out what a weird recovery we’re seeing across the spectrum.

No wonder those April 2020 thoughts of two weeks at home and we’re done seem so quaint these days.

Wherever you are, have a great weekend. The evening’s are getting lighter!

An introduction to PrimaryBid – Monevator

From the archive-ator: Don’t make a crisis out of a crisis – Monevator

Redo your SWRs! The ONS has raised life expectancy… – ONS

…but that’s as projected for newborns. For already-oldies it’s down, raising a question mark about plans to raise the State Pension [Search result] – FT 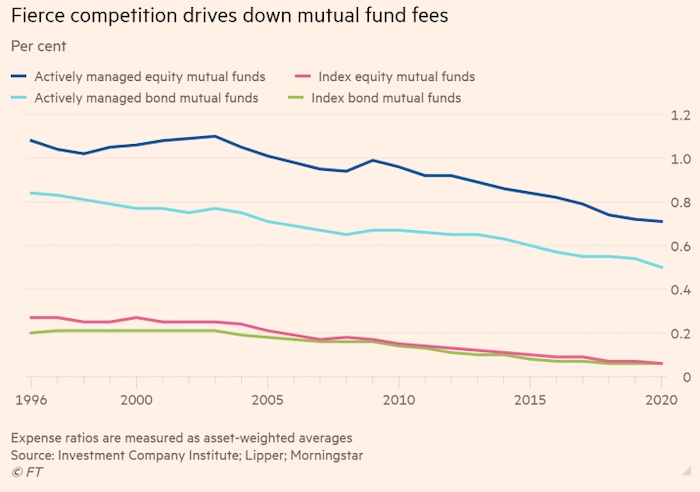 A month on from the base rate rise, have savings rates improved? – Which

Monzo has relaunched its famous ‘Give £5, get £5’ referral scheme – ES

All about inflation – Mr Money Mustache

Is your bond fund really an equity fund in disguise? – Morningstar

Are we bullish enough? – Of Dollars and Data

After years of abstraction, things get real for markets [Search result] – FT

Getting rich with asymmetric money moves – Banker on FIRE

…and the theories of finance academics graded – Morningstar

Spending decisions that end up costing millions of dollars – TEBI

Is delayed gratification the most important thing to develop? – Random Roger

“I bought my first NFT” – bps and pieces 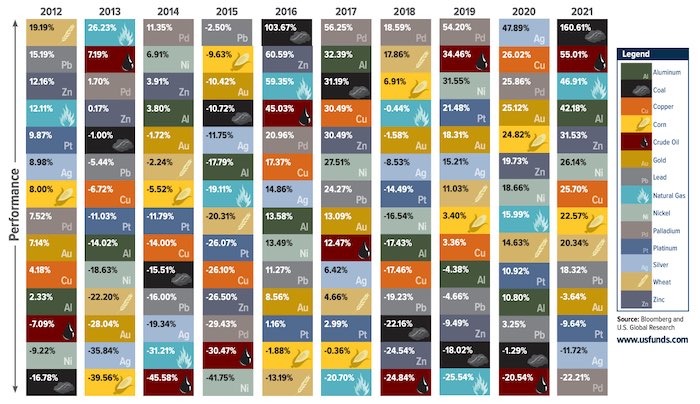 Living through a crash – The Big Picture

Australia: as clubbers used to say, “Wait for it…” – Worldometer

Omicron optimist, pessimist, or fatalist: which are you? [Search result] – FT

Record number of under-fives being hospitalized with Covid – LondonWorld

After Omicron, Covid will be more like seasonal flu, says Bill Gates – CNBC

Scrum: The Art of Doing Twice the Work in Half the Time by Jeff Sutherland – £0.99 on Kindle

Mastering the Market Cycle by Howard Marks – £0.99 on Kindle

Grit: The Power of Passion and Perseverance by Angela Duckworth – £0.99 on Kindle

The City of London vs the EU: a slow puncture [Search result] – FT

How Britain falls apart – The Atlantic

One man’s love affair with his finally-defunct Blackberry – BBC

Looted Amazon boxes stretch to the horizon [US, video] – via Twitter

What a world! – Morgan Housel

“The shortest route to top quartile performance is to be in the bottom quartile of expenses.”
– Jack Bogle, via The Bogleheads’ Guide to Investing

Like these links? Subscribe to get them every Friday! Note this article includes affiliate links, such as from Amazon. We may be compensated if you pursue these offers, but that will not affect the price you pay.

Next post: Asset allocation quilt – the winners and losers of the last 10 years