Don’t forget your can opener 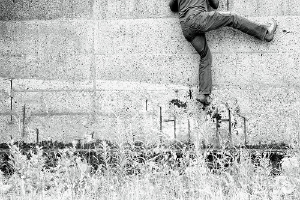 Believe it or not, Monevator is a blog about securing financial freedom.

Originally it was focused on retiring early, but during a sabbatical I discovered I missed doing good work for money, provided it was on my own terms.

Nowadays I think I’ll always do something, even into my old age – and even if I don’t really need the money.

I enjoy half of what I do a lot, and I’d enjoy it even more if it was optional. I also suspect there are social and health benefits to staying engaged with the economy – provided you like what you’re doing.

But you might want out of the game altogether. I hope our articles can help you either way.

I’m perfectly agnostic about how you plan to use your financial freedom.

I imagine most readers want more time back, or an income stream to support other ambitions. Or maybe you do want to retire very early, or perhaps you want to downsize with security, or travel, or write novels, or breed rare goats.

Do you want to make a million? You can stick around, too.

Perhaps you want the financial freedom to sell ice-creams on a beach in Bali on the minimum wage while living the higher-rolling lifestyle back at home, funded out of your savings and investments.

Material goals aren’t my cup of tea, but each to his or her own.

Looking to the end game

I began with ‘believe it or not’ because Monevator’s ultimate motivation – securing financial freedom – gets lost day-to-day in the minutia of our posts about everything from passive investing and global trackers to retirement income and investor psychology.

Some blogs are good at keeping their message up-front, which is handy for newcomers. Maybe I need to try harder, but there’s so much else to talk about – especially for UK investors and spare room entrepreneurs. We don’t have as many options to choose from as our US brethren.

Yet the danger is Monevator looks like a site about making money for it’s own sake. And that’s a danger that can affect your own investing, too.

Here’s a fairy tale to explain what I mean.

A very pessimistic person – the type you find writing comments in CAPITALS on Web forums – decides to prepare for the breakdown of civilisation.

He sells his portfolio, his house, his car, and even his iPad, which he rightly suspects won’t be much use when he’s hiding in a cave from cannibals.

Just before money becomes entirely useless, however, he spends his last savings on the usual post-society breakdown survival kit:

A few months on, and society does collapse – just as our doomster predicted.

You might think he’s sitting pretty. And he would be, except for one vital oversight.

He forgot to buy a can opener!

Financial freedom and you

I hope you think of me in the endless dark nights after the fall of the West. Toast me as you tuck into your beans. Hold aloft your remembered can open.

Of course this isn’t really a post about surviving in a post-apocalyptic world of tinned food and bad breath.

Rather, it’s a reminder that you need to think about your own financial can opener.

If you don’t know what it is, then you could end up surrounded by pots of money and no clue how to use it – or even how you got there.

Remember Curt, the tin can millionaire who made a fortune scrounging for pennies but who lived like a tramp?

Perhaps he had found his can opener. Maybe the freedom of knowing he had money enabled him to live free of material concerns.

Lots of people condemned him. But was he so different from a Zen master who forsakes worldly cares, or the flower children of the 1960s? History salutes them as visionaries.

Then again, maybe Curt didn’t know what he wanted the money for.

Maybe he wasted his life collecting tin cans when he would have been happier island hopping in the Philippines, or teaching French in Africa, or painting in the Swiss Alps, instead of just stashing his cash in a vault beneath them.

I think that’s why people reacted so negatively to Curt’s story. He could have done anything, but it seems he chose to do nothing.

The world is full of opportunity, and pitfalls too. Don’t hoard assets for a future that may never come, or that you don’t want anyway. Don’t let anyone tell you the reason you’re seeking financial freedom isn’t the ‘right’ one.

Know where you’re going. And don’t forget your can opener.