How to buy and own pure gold with Bullion Vault 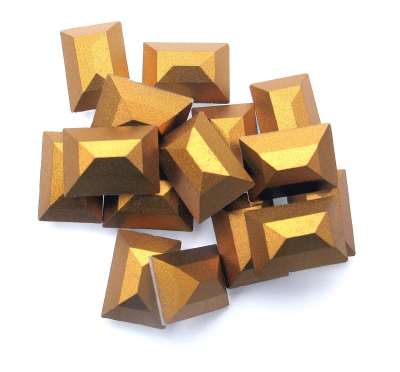 Thanks to the recent stock market volatility, investors are increasingly turning to gold, which is traditionally a safe haven in troubled times. This article introduces Bullion Vault, a company that enables you to buy and securely store small amounts of the highest-grade gold, which the company claims offers unique advantages for small investors buying gold.

Why are investors buying gold?

Sales of gold via exchange traded instruments have soared recently, with funds that invest in gold mining shares such as Merrill Lynch’s Gold and General Investment Trust have produced returns of around 500% over the past five years.

In 1999 gold was trading at around $275 per ounce, which was when Gordon Brown, the UK’s then Chancellor of the Exchequer, decided to sell half the nation’s store, further depressing the price. Gold has since rallied very strongly. Having broken through the $900 per ounce mark in the past few months, it’s threatening to sail through $1,000 an ounce in 2008. (Thanks a bunch, Gordon!)

Fans of gold (so-called ‘gold bugs’) make the following case for investing in the yellow metal:

There are also convincing arguments against gold

Apart from the recent steep and rapid increase in price – enough to give any investor reason to worry about an imminent and equally sharp correction downwards – it must always be remembered that gold is literally pretty useless stuff.

Jewelry aside, you can’t do much with gold, unlike platinum (a key element in catalytic converters) or silver (which is used in all kinds of chemical and industrial processes). Some pundits even call gold the ‘barbarous relic’.

Gold isn’t an investment that will give you an income. Instead, you’ll have to hope its price goes up over time. As ever, you’ll need to make up your own mind on the likelihood of this.

Bullion Vault offers you a way to directly own gold, without you needing to hide gold krugerrands under your mattress. Most other methods of investing in gold, from Exchange Traded Commodities to investing in unit trusts – only give you a proxy to the gold price.

What’s more, Bullion Vault’s gold is all in the form of ‘assayed’ good delivery bars – guaranteed to be of 99.5% pure quality – and because the gold never leaves the storage facilities, it doesn’t have to be re-evaluated by the small community of gold specialists, which saves money on an expensive procedure.

The company, which was founded in 2005 by City veteran Paul Tustain, says it now has 35,000 clients around the world, who together hold 5.6 tonnes of gold worth some $190 million.

Bullion Vault’s storage facilities are located in London, New York and Zurich. If you’re one of the paranoid tinfoil hat brigade who fear utter economic breakdown in Britain, you can therefore buy gold stored in Switzerland, where civilisation would surely proceed in a clockwork fashion even after The Apocalypse.

Owning gold can be useful in less extreme circumstances, too. Middle-class Argentinians found their wealth on the international stage decimated when their currency collapsed in 2001. The few with gold off-shore were thus relatively many times richer when the Argentinian government introduced restrictions on the movement of currency outside of their country.

The up-front cost of buying gold at Bullion Vault is around 1%. There is also a minimum storage fee of $4 a month for up to $40,000 of gold, so it can be expensive if you only plan to invest a few thousand dollars. (Get used to dollars if you invest in gold, as the whole market is greenback-denominated). There may be other costs depending on how you choose to dispose of your gold.

What can you do with your Bullion Vault gold?

Nothing except sell it. It’s stored gold. You literally take ownership of a portion of it when you buy, and should you sell you’re taken off the register and paid in cash. Don’t expect to get your gold bar out for special occasions to impress your mates! Bullion Vault’s gold never leaves the professional vaulting circuit. (The advantage here is that even if you decide to sell yours on the open market, it will be known to be pure.)

The company says it will take an hour or so to get started. Naturally it has to provide checks against money-launderers and other shady types moving vast amounts of money around the world. For security you need to buy the gold via bank transfer – no credit card transactions are allowed.

On the upside, you get $26 of free gold when you open an account at Bullion Vault.

What are the disadvantages of this method of buying gold?

Even if you’re keen on gold as an investment, this may not be the right method for you to get exposure. Some of the downsides to buying gold with BullionVault include:

None of these methods give you direct ownership of gold, however.

You can learn more about gold at the World Gold Council. To explore the idea of buying allocated gold at Bullion Vault further, read all the information on the BullionVault site, and do seek advice from a professional financial adviser as required.

Please note: Monevator receives a commission should you buy after following the links in this page to Bullion Vault, but the cost to you on investing or thereafter is not higher because of this – the fee is paid by the company.

Next post: The secret to investing when stock markets are falling