Northern Rock nationalised: A nation now in hock to a housing bubble 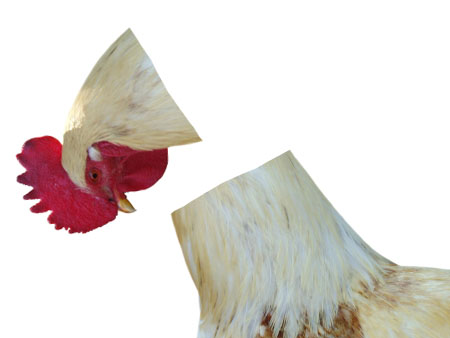 After five months of tough talk, roundabout action and general chicken-sans-headery, the Government has ‘decided’ to nationalise Northern Rock. (Yes, in the same way that I ‘decided’ to start losing my hair).

The authorities responsible for dealing with the Northern Rock’s collapse have been making poor precedent-setting decisions since day one of this pantomime. None are so significant as nationalisation, however.

As Robert Peston says on his BBC blog, nationalisation is supposed to be the preserve of the doomed industrial dinosaur industries of yesteryear, not our go-go financial services. It’d be scarcely more shocking if Wall Street’s bankers stopped illicitly smoking Cuban cigars and started getting behind Fidel Castro’s ideas on redistribution. Harry Enfield’s Loadsamoney of the 1980s is morphing into 2008’s Tonnesadebt before our very eyes.

Yes, even bears on UK housing like myself have now become mortgage lenders at the peak of the UK’s biggest ever housing bubble. Some days you wish you hadn’t gotten out of bed.

What about the shareholders?

Well, the hedge funds played chicken with the Goverment and they lost. More sympathy might be extended to smaller investors, especially employees who thought they were doing the sensible thing in buying a piece of their company. Presumably (as I write the full details are yet to emerge) investors will get next to nothing. Let’s hope at least that rank-and-file employee pensions are secure.

Who is to blame? In order of culpability:

I don’t want to get political: this was a difficult situation from day one, and Government’s of all hues would probably have bungled it to some degree. (The tough decisions should have been made in 2006, not 2007 when it was too late). And rather than loan £25 billion to smooth a rescue bid by the likes of Virgin, at least this way the Goverment gets some appreciable upside should the business be turned around, rather than a few measly per cent on a loan.

Let’s be clear – the collapse of Northern Rock has not come out of a clear blue sky.

Equally, if the best thing is for the bank to be run down and the mortgage book sold off, it’d probably be better to do so when everyone has quietly forgotten about the whole affair, rather than in the middle stages of a still-unfolding credit crisis.

But let’s be clear – the collapse of Northern Rock has not come out of a clear blue sky. It’s occurred after a decade of astronomical UK house price growth, which has produced losers as well as winners, and made UK Plc dangerously complacent about its financial standing in the world. If the house price doomsters are right and an early 1990s style crash does unfold, Northern Rock’s nationalisation will not be the last throwback we see to Britain’s grim years in the economic wilderness.

Next post: How to buy and own pure gold with Bullion Vault

Previous post: Dexter Fletcher on going bankrupt (and the love of a good woman)