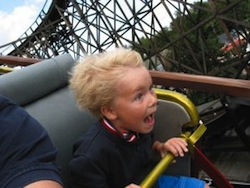 The collapse and subsequent recovery of bank preference shares is one of the great untold stories of the last 18 months.

I don’t have the figures to hand, but from memory the spread over long dated gilts wasn’t much more than 1.5%.

But all this changed as banks started to go bust and the credit crisis bit deep.

Northern Rock, Bradford & Bingley, HBOS and others were nationalised, sold off, or taken to the edge of oblivion. Pensioners with money in certain ‘safe’ building society PIBs found their holdings plunging in value.

Even the Barclays share price tells a torrid story – and it actually escaped the government’s clutches!

At the worst point, the preference shares of the likes of Lloyds and RBS were priced in a panic. In March 2009 for instance, it was possible to buy various RBS and Lloyds preference shares yielding over 30% a year! Their prices had fallen by three quarters or more – not uncommon with ordinary shares, but previously unthinkable for investors in High Street bank preference shares.

Here’s the past performance of the Natwest preference shares, from 2005 to now:

A blue chip preference share crash: Not something you see every decade

Clearly the market thought RBS and its subsidiary Natwest were going to hammered, if not nationalised. Investors who bought at the lows made a contrary bet, and in many cases they’ve seen incredible gains of 200% or more.

I was not one of these investors; I’m not convinced even today it was a good risk-to-reward play, although obviously the purchasers will tell you otherwise. I preferred to keep buying cheap equities in the March 2009 lows, and have few regrets given their spectacular rise since then.

Was it riskier to buy the market or Lloyds preference shares in the eye of the banking meltdown? We’ll never know for sure.

The future for bank preference shares

While it might still seem risky to buy these securities today, in my view they’ve already been through far worse. I’d bet that most trading today will still be trading in ten years’ time.

Well, sort of. Some banks have been looking to redeem their issues, while Lloyds has swapped many of its issues (and those it picked up from HBOS) with a new class of convertible notes. Ongoing holders of Lloyds preference shares – such as its 9.75% prefs (with the ticker LLPD) – have seen their dividends almost certainly suspended until 2012, as a result of an EU ruling concerning state aid for the banks.

Note that these securities may still be worth buying, if risky. The Lloyds LLPD preferences shares might not pay until 2012, but theoretically after that you get 9.75% a year in perpetuity (or at least until the next credit crisis).

That’s an ongoing yield of over 11% on today’s price of 88p or so, depending on what your broker can grab you. Not bad, if you believe like me that the worst of the banking crisis is probably behind us.

If though you think the current Euro drama is the inevitable second act, then definitely don’t buy bank preference shares!