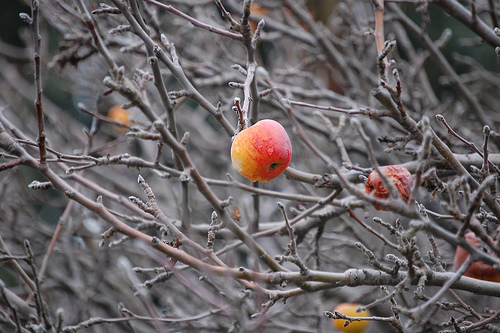 Even a modest passive income stream will bear fruit     (Image by: Lindsay Haver)

You can easily become disheartened when you first set up a side project with the aim of earning some passive income.

You might well only make a few pounds or dollars a day, even after weeks or months of work to get your passive income stream up-and-running. Most passive income projects fail to make even that.

But don’t be disheartened if you make only a small amount of cash. Passive income is the stuff of dreams, so it’s no surprise it’s hard to get hold of.

Even a little bit of passive income is worth a lot of money. Before I explain why, let’s remember how lousy it feels to be paid loose change for your efforts.

The little cheques that can crush your dreams

Reminder: Passive income is money you get without any extra work. Examples include interest on your cash savings, the income after costs on a property you rent out, or royalty fees on a book you wrote years ago.

Many of us have read articles online or heard stories from friends about how writing books, creating websites, licensing patents or any other route to passive income is the way to riches.

This idea that passive income will make you rich is… half-wrong.

Only the very lucky author, webmaster, or inventor will make thousands overnight. As this dawns on an eager new entrepreneur, she may throw in the towel even before that first dispiriting $0.52 in passive income is earned.

I’ve already been through this with blogging, which I thought looked easy but as I’ve written turned out to be a truly terrible way to make money. It took me many years to build up an income stream that matched what I’d have earned if I’d simply sold my articles to magazines or newspapers instead.

Blogging isn’t even properly passive. You need to continue writing to keep your audience entertained. (Luckily I blog about money because I love writing about it, not because I always need to be making it!)

Elsewhere on the Internet though, I’ve a new project that is more ‘fire-and-forget’ and where the income is growing slowly from a small base. I could see it generating £5 a day by spring.

Now, you might think £5 a day is nothing to write home about.

So did I. But what I’ve come to realize is that even a trickle of income from a passive income stream is a rich thing to own, especially if you have more than one or two such income streams.

It’s all down to what you’d need to do to get that money elsewhere.

Comparing side project income to interest on cash

At the time of writing, the top five-year savings bond is paying a puny 2%. Interest on cash is the crown jewels of passive income though because your money is totally safe and you don’t have to do anything to earn it.

(We’ll ignore for now inflation that makes dividends better long-term, and the remote risk of losing money in a bank run).

Returning to my little web project, let’s say it does make £5 a day.

£5 every day adds up to £1,825 a year, which already sounds a lot better. (Remember, this is a fire-and-forget project, requiring at most a few maintenance tweaks a year).

More than £90,000, according to a quick play with a compound interest calculator.

Small passive income streams are worth a lot

I don’t know about you, but I find the idea my passive income stream could soon be equivalent to the interest earned on £90,000 in cash pretty motivating.

Of course, it’s not worth £90,000 in cash. My side project is too dependent on Google and other Internet factors. In a few years it’ll doubtless be as relevant as a Geocities page about the Stone Temple Pilots.

Similarly, if you write a slow-selling textbook on frogs or geography, eventually it will go out-of-date and your income will dry up.

A passive income stream from an investment in property is better, but even that will require you to update and maintain your premises at some considerable cost (though that may be covered by price rises).

Cash in contrast is the ultimate liquid asset. Give me cash over web projects, any day!

Still, it does bring home how valuable it is getting £5 a day for doing nothing more.

The minimum wage in the UK is £6.70 an hour, so there are plenty of people working hard for three-quarters of an hour every day to make what my little project could soon turn out daily come rain or shine.

Crucially, a passive income of £5 is surely easier for most people to achieve in the short-term than £90,000 in savings. If you’re trying to replace your salary with passive income, adding a couple of alternative income streams to the mix could cut down the scale of the challenge.

I wouldn’t quit my job to set up multiple tiny passive income streams, although many people over the years have done just that. But if you’ve got some spare weekends and fancy a project, it might be fun – and financially rewarding!

Previous post: Other kinds of bonds you may come across